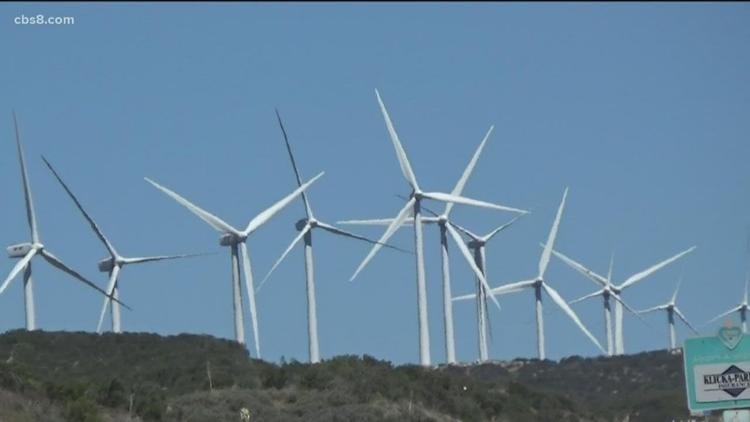 Ann Arbor (Informed Comment) – On one day in May, Lauren Sommer at NPR reported, California ran for several hours on 103% renewable electricity, which means it generated enough electricity from wind, solar, hydro, geothermal and battery to fulfill the entire needs of the state plus to be able to export a bit to neighboring states. While it has come close on several occasions this spring, this was the first time the state even momentarily got all its electricity from renewables.

It is a largely symbolic victory, since in 2021, non-hydro renewable sources of electricity came to 34%. Hydro that year only provided 7%, down from 21% in 2017. So 41% of the state’s electricity was from renewables in 2021. The state wants to up this proportion to 60% by 2030, which would require a much faster rollout of renewables than is currently the case. Late spring in California is an especially propitious time for renewables, since there is plenty of sunlight and the days are long, and winds are high.

If California were an independent country, it would have the fifth largest GDP in the world, after Germany.

California has 11 new gigawatts of wind and solar in the pipeline for 2022. The solar installations were momentarily threatened by a Commerce Department ban on solar panel imports from four Southeast Asian countries, but President Biden just allowed those imports for the next two years while attempting to turbocharge US solar panel production. It therefore seems likely that California will bring in the 11 gigawatts of new renewables. California now has 15.5 gigawatts of solar and 6 gigawatts of wind capacity, so this would be an increase of 50% in just one year.

Renewables are becoming so central to California’s economy that unions have gotten interested in training and representing workers in those fields, as with the International Brotherhood of Electrical Engineers in San Diego. President Biden is insisting that new solar panel plants receiving federal subsidies in the U.S. be unionized.

One place California could much expand its renewable capability is offshore wind. Winds typically blow more reliably out at sea, and offshore floating wind turbines can’t be seen or heard by residents.

“On May 26, 2022, the U.S. Department of the Interior announced proposed auctions for offshore wind leases in two wind energy areas (WEAs) off California’s north and central coasts: the Morro Bay Wind Energy Area and Humboldt Wind Energy Area. The “proposed sale notice” (PSN) proposes to offer multiple lease areas for sale in each wind energy area, with two proposed areas in the Humboldt WEA and three in the Morro Bay WEA.

The proposed lease sale will be conducted by the Bureau of Ocean Energy Management (BOEM), which is the federal agency responsible for offshore leasing in federal waters.”

California now has about 6 gigawatts of wind power. So 4.5 new gigs of offshore wind would almost double the current capacity.

The big challenge is rapidly to build out energy storage, whether in the form of megabatteries or pumped hydro or molten sand. At the moment, California switches to methane gas when the sun goes down, and will need to do so until energy storage capacity is massively built out.

This year, the state faces another problem, which is that the Southwest megadrought, which has been exacerbated by humans burning coal, gas and petroleum, has produced only low levels of mountain snow, and it is snow melt that fills the reservoirs of hydro-electric dams. Hydro power will be way off this summer, threatening rolling brownouts, and the only immediate alternative is to depend more heavily on methane gas. NPR’s Sommer quotes gas industry sources who believe that the state won’t be able to get off gas entirely for decades, but I think that is way too pessimistic.

California wants to go green, and if its government is genuinely committed to that goal and willing to spend the necessary funds, the technology is already sufficient to make that happen. A lot of gas can be replaced by geothermal and heat pumps, for instance, and pumped hydro and megabattery storage are still only in their infancy in the state..