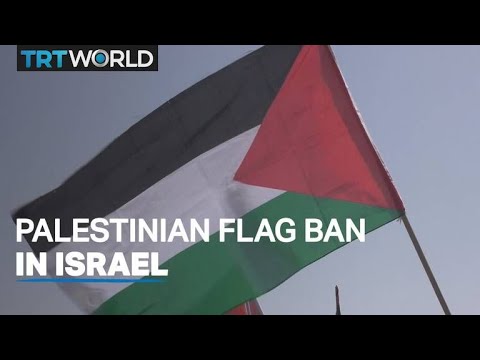 ( Middle East Monitor) – Thirty-one-year-old Ghofran Warasnah was shot dead by the Israeli occupation forces located at the entrance of Al-Arroub Palestinian refugee camp near Hebron. Ghofran was a Palestinian journalist who was heading to work. According to reports paramedics were barred from reaching her for 20 minutes and the ambulance carrying her dead body was attacked by Israeli forces.

This brings to mind the murder of Shireen Abu Akleh.

Of course, this kind of extra-judicial killing is the norm in the West Bank, this year alone 50 Palestinians have been killed, including 15 children. In most cases Israeli occupation soldiers claim that the victims were assailants armed with knives who had to be shot to protect the occupation forces. No evidence is ever provided for their claims.

Unlike others, Israel kills suspects then seeks to legitimise the murder.

How are Israelis able to play the role of the victim? They are able to manipulate facts and escape the consequences of their actions. Basic facts which are not “disputed” by anyone except by the illegal Israeli occupation forces, such as that Al-Aqsa Mosque has been a Muslim holy site for the last 1,400 years. This fact is recognised by all concerned international organisations and laws.

Unfortunately, most of those who acknowledge this do not act accordingly, save some empty statements that denounce Israel’s actions especially those related to human rights violations. They act with indifference towards Israeli violations and aggression, to the extent that they practically forgot their commitments and obligations towards the tenets of the UN and perceive and deal with Palestinians who are resisting a brutal colonial occupation in Jerusalem as vagabonds and trouble makers, not as freedom fighters and martyrs. This approach makes them complicit in the atrocities being committed.

This contradiction was evident when Israeli fanatics marched through the Old City of Jerusalem hoisting Israeli flags, abusing and cursing Islam’s Prophet Muhammad (peace be upon him) and Palestinians, then broke into Al-Aqsa Mosque and practiced their prayers inside this Muslim holy site under the protection of Israeli occupation police, while the real owners of the mosque were beaten with batons and accused of disturbing the peace.

These crimes are legalised by the Israeli judiciary, who gave Jews the right to intrude into Al-Aqsa, protected by Israeli police who watch over them when they were reciting their prayers, justified by Western media which always claims that Muslim holy sites are disputed places, governed by the Israeli government.

So, does the world really believe that Israel is an occupation state? Theoretically speaking yes. In practice, however, this same world has not done anything tangible over the last 55 years to deter Israel or punish it. On the contrary, economic relations continued and helped strengthen the occupation’s clout. All the European countries, America and most of Latin American, Asian, African and even some Arab countries have diplomatic relations with Israel. During the Trump era, the United States – the most powerful country on Earth – even relocated its embassy to occupied Jerusalem in contravention of international law. Turning the UN resolution on the matter into rhetoric.

Inaction and neutrality in the face of aggression is a sign of ethical bankruptcy. The world has long crossed this line to a more inferior one; the stage of covering, justifying and aiding the Israeli aggression on the Palestinian people. This same world who has been giving the occupation a green light for the past 55 years, condemning the Palestinian victims as they try to defend themselves.

What we see on the ground proves beyond no doubt that the world only believes in the language of nuclear war heads, aircraft carries, nuclear submarines, jet fighters and supersonic missiles and not in justice for the oppressed and those whose rights have been ripped from them.