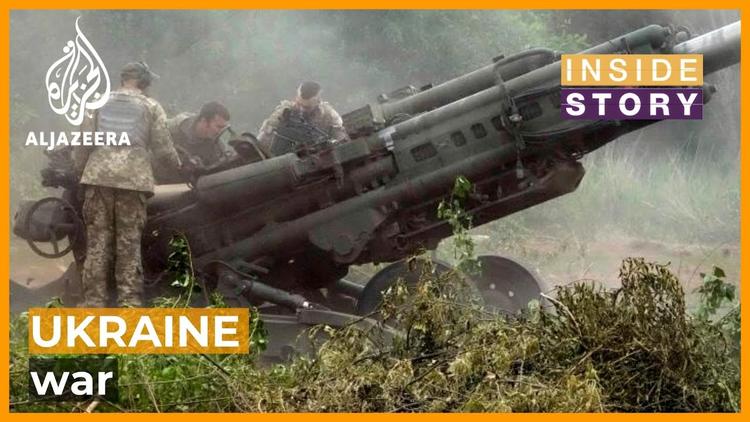 Russia’s attack on the Ukraine certainly violated international law and Vladimir Putin should be charged as a war criminal for Russia’s indiscriminate bombing of hospitals, schools, apartment buildings and the like, in which innocent civilians were killed or injured for life, both physically, emotionally, and mentally.

The decision of the Biden administration to wage total economic war and to use the Ukrainian army to defeat Russia completely even if it takes years has larger global consequences, however, which should temper enthusiasm for this enterprise. The war in the Ukraine has displaced more than 12 million people in Ukraine and its neighboring countries, caused huge shortages of grain in the Middle East in countries like Egypt, Lebanon, and famine in Yemen, high energy costs in Europe, soaring unemployment world-wide, and higher gas prices and inflation in Europe and North America.

There exists a history to the war between Russia and the West going back to the end of the Cold War and the reunification between East and West Germany. When Thomas Friedman asked George Kennan, (the architect of the US Cold War strategy of containment), what he thought about NATO expansion, Kennan said: “I think it is a beginning of a new Cold War. I think it is a tragic mistake. There was no reason for this whatsoever. No one was threatening anybody else.”

In 1999, the Czech Republic, Hungary, and Poland became members of NATO and in 2004, Slovenia, the Slovak Republic, Romania, Lithuania, Estonia, and Bulgaria joined NATO. Though not formally a member of NATO today, Ukraine is a de facto NATO ally. In a speech in December 2021, Putin remarked that “military contingents of NATO countries have been almost constantly present on Ukrainian territory under the pretense of exercises. The Ukraine troop control system has already been integrated into NATO.”

At the World Economic Forum in Davos on June 1, 2022, Former Secretary of State, Henry Kissinger remarked that the war between Russia and the Ukraine might totally reshape the world today. He added that we should aim for a long-term peace solution between Russia and the West. Both Russia, the Ukraine and NATO may be forced to make concessions in order to bring about world peace. For Kissinger, the outcome of the war and the peace settlement will be decisive whether Russia and Ukraine, added by NATO, will be adversaries forever, or whether they will work together and reach a compromise within an international framework. In an article in 2014, Kissinger felt that the best outcome would be that Ukraine became a neutral state and act as a mediator or bridge between Russia and Europe. Kissinger also noted in 2022 that peaceful negotiations should resume in the next two months.

It seems reasonable for Putin to be anxious that if Ukraine joined NATO since that would give NATO the ability to launch a nuclear first-strike on Russia. The US should have de-escalated the situation by removing Tomahawk missiles from Romania and Poland, negotiating Ukrainian neutrality, and removing troops and bases near Russia. Remember this: when the Soviet Union put nuclear weapons on Cuban soil in 1961, the US set in motion a naval blockade around Cuba and forewarned Cuba to remove these weapons at once, which they did.

Article continues after bonus IC video
Al Jazeera English: “Can diplomacy bring an end to the war in Ukraine? | Inside Story”

There are many in-theater reasons why there must be a diplomatic solution rather than an ongoing proxy war between Russia and the West that goes on indefinitely According to Gen. Mark Milley, Chair of the Joint Chiefs of Staff for the US, Ukraine has had 1,000 casualties per day in the Donbas region of Ukraine. On average 200-500 Ukrainians are killed each day and many more wounded. For its part, circa 32,950 Russian troops have lost their lives in battle since the invasion began, according to the Ukrainian General Staff. It should be noted that in wartime, these figures may not be entirely correct because each side often has its own statistics that are not always exact.

It is not even clear that a protracted struggle with Russia is in the interests of the US and its allies. The National Security Strategy states that China represents the number one adversary of the US. China is without a doubt the strongest manufacturing powerhouse on the planet. Russia remains the second largest producer of oil and gas in the world. For its part the proxy war in Ukraine by the US brings Russia closer to China which is definitely not in the strategic interest of the US. China has recently increased its stockpile of its nuclear weapons to defend itself against America’s updating its nuclear arsenal.

Maximalist goals may get in the way of ending the war. The US has in no uncertain terms told Germany that it should never open the Nord Stream 2 gas pipeline to Russia. It would be better used as a bargaining chip. Russia has put over 11 billion dollars into this gas pipeline and holding out the prospect that Europe will return to using Russian gas as a stopgap until green energy replaces fossil fuels entirely may be a huge way of getting Russia to make concessions to Ukraine and to the West.

The US has given powerful artillery weapons to Ukraine. This decision should be reconsidered. If Ukraine uses these weapons to attack Russian soil, we may have a nuclear war in which the entire planet loses. Also, it will cost between $500 billion and $1 trillion to rebuild Ukraine. Presently, Ukraine has an old, inefficient infrastructure that should be rebuilt so that it’s carbon-neutral.

In sum, Putin is entirely wrong in invading Ukraine. In the end, neither Russia nor Ukraine can win this senseless war on a purely military basis. Eventually, the struggle will move into the arena of diplomacy. Rather than rigidly mapping out maximalist positions, both sides should be talking even now.