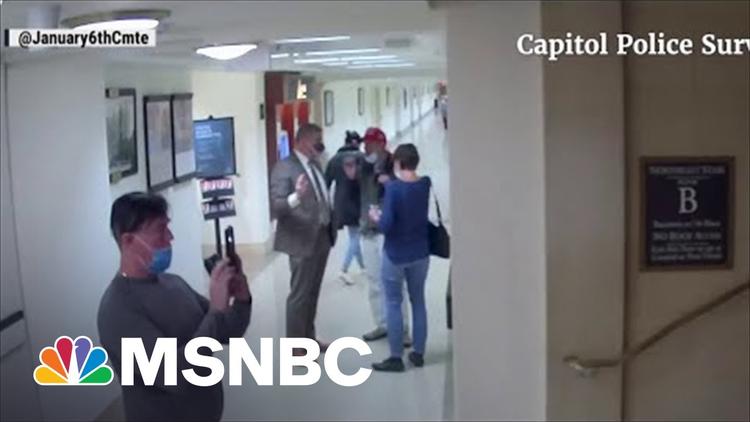 Ann Arbor (Informed Comment) – There are 435 representatives in the House, and you and I have not heard of most of them. In some instances this anonymity means that they have their noses to the grindstone, quietly representing their districts. In other instances they are involved in shady dealings and shun the spotlight lest question arise. Occasionally we do hear about a congressman. Sometimes that means they have been heroic in hewing to principle. Alexandria Ocasio-Cortez comes to mind. As Mark Twain observed, “An honest man in politics shines more there than he would elsewhere.”

Sometimes they have been targeted by bigots, as with Ilhan Omar and Rashid Tlaib.

Sometimes, though, they become notorious because they have said or done outrageous and even illegal things. Of this latter group, Twain remarked, “There is no distinctly native American criminal class except Congress.”

Exhibit A of a member of the distinctly native American criminal class is Barry Loudermilk (R-GA).

This dim bulb refused to have his children vaccinated for mumps or measles. He tried to abolish the Environmental Protection Agency and Obamacare, and has Medicare and Social Security in his sights for “reform.” He opposes gays’ right to marry and opposes women’s right to an abortion. He said that Pontius Pilate’s trial of Jesus was more fair than the Congressional impeachment of Donald Trump. He tried to overthrow the elected government of the United States by declining to vote to certify Joe Biden’s win; Biden won Loudermilk’s state, Georgia.

Loudermilk has stood accused since January 6 of having lead a “reconnaissance” tour of the Capitol for some Oath Keeper insurgents on January 5 so that they could scope out the Capitol building in preparation for invading it and kidnapping or killing the congressmen and Vice President Mike Pence.

When he was pressed on the tour he led, Loudermilk kept changing his story. Sometimes they were known to him “from church.” Then he told Politico, “A constituent family with young children meeting with their Member of Congress in the House Office Buildings is not a suspicious group… The family never entered the Capitol building…no place that the family went on the 5th was breached on the 6th, the family did not enter the Capitol grounds on the 6th, and no one in that family has been investigated or charged in connection to January 6th.”

On Tuesday, Jan. 14, Loudermilk issued another denial, relying on a statement from the Capitol police, who, however, don’t appear to have thoroughly reviewed the security footage.

Unfortunately for Loudermilk, the Jan. 6 Committee had the goods on his nefarious activities. They released video of two of Loudermilk’s associates. It is unknown whether they are from “the church” or are family men and constituents, or just fellow members of the Beer Hall where the putsch was planned. One man was systematically photographing stairwells, hallways, security checkpoints and tunnels leading to the offices of the congressmen.

When I was holding the John Kluge Chair at the Library of Congress I traversed some of those tunnels and on several occasions saw tourist groups at the Capitol. Nobody, I repeat, nobody ever took any photographs of stairwells or exits or tunnels. I was in tunnels, and I never took any photos of them. Not sure why a person would, unless they had homicide on their minds.

The same figures visible in the Loudermilk tour mapping out the Capitol were also caught on video boasting of sharpening a flag pole for a certain purpose, and of intending to “take out” Nancy Pelosi and Alexandria Ocasio-Cortez. One said he would be on them “like white on rice.”

So despite his mealy-mouthed denials, Loudermilk did lead a reconnaissance tour for criminal elements intending to murder his colleagues. He was the Trojan Horse of January 6. How deeply implicated in the conspiracy to overthrow the US government was he? Is he a member of the Oath Keepers? Did he help plan the invasion of the Capitol, hoping for the deaths of some of the other members of Congress who had so unfairly crucified his Great Leader, Trump?

How many other members of Congress were similarly implicated in facilitating the insurrection? How many are guilty of seditious conspiracy?