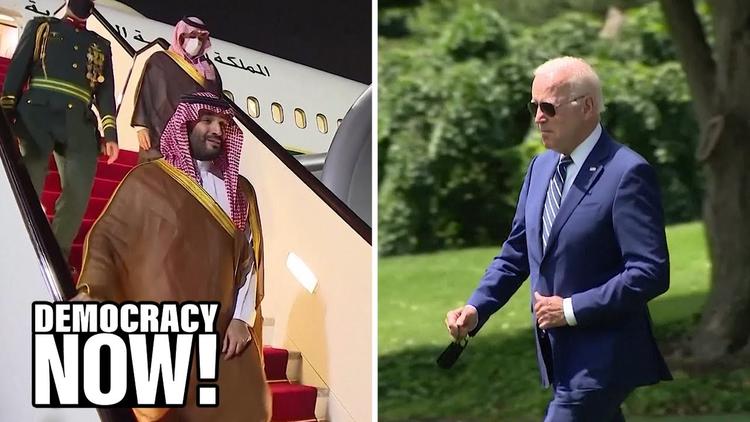 The Biden administration should secure clear and concrete commitments on human rights with Saudi authorities prior to the visit, including on the government’s relentless crackdown on freedoms of peaceful assembly, association, and speech. Before any visit, Biden should meet with Saudi human rights defenders outside the country, secure the release of detained dissidents, and the removal of arbitrary travel bans on human rights activists and others, including US citizens.

“President Biden should recognize that any meeting with a foreign official provides them instant credibility on a global stage, whether intended or not,” said Lama Fakih, Middle East director at Human Rights Watch. “Meeting Mohammed bin Salman without human rights commitments would vindicate Saudi leaders who believe there are no consequences for egregious rights violations.”

Media reports have described Biden’s expected visit to Saudi Arabia sometime in July 2022 as motivated by the US government’s desire to address high oil prices and reduce inflation. However, energy experts have expressed skepticism that the recent statements to increase oil production from the Organization of the Petroleum Exporting Countries (OPEC), of which Saudi Arabia is a key member, would significantly reduce energy prices.

Human Rights Watch, other rights groups, activists, and journalists have extensively documented the serious escalation of human rights violations in Saudi Arabia after 2017, when Mohammed bin Salman became crown prince and the de facto day-to-day ruler of the country. He took full

As part of his role as Saudi defense minister since 2015, he has also overseen unlawful attacks, including apparent war crimes, in neighboring Yemen that have killed scores of civilians. In March, Saudi authorities executed 81 men, the largest mass execution in years, despite recent promises to curtail its use of the death penalty.

Under the Biden administration, a US intelligence report released in February 2021 said that Mohammmed bin Salman had approved the 2018 murder of the Washington Post journalist Jamal Khashoggi. Despite this, the US government has not imposed sanctions against him, available under the US Global Magnitsky Human Rights Accountability Act, for his direct involvement in “gross violation[s] of human rights” and there has been no meaningful accountability for Khashoggi’s murder.

Biden said during his presidential campaign that his administration would seek to make Saudi Arabia “the pariah that they are” and indicated that “they have to be held accountable.” Biden’s campaign comments were followed by Saudi releases of several high-profile dissidents, including the prominent rights defender Loujain al-Hathloul in early 2021. But she and others remain subject to arbitrary travel bans and risk being returned to prison if they speak out.

In their letter, the human rights groups said that the Biden administration should avoid emboldening Saudi repression by ensuring that Saudi authorities make concrete commitments on human rights before a US presidential visit, including the following:

Regardless of the status of the bilateral relationship, the Biden administration should make use of targeted sanctions, including the Global Magnitsky Act, to hold Saudi officials who are responsible for serious human rights violations accountable, and undertake a review of all US weapons sales to Saudi Arabia that have contributed to apparent war crimes, Human Rights Watch said.