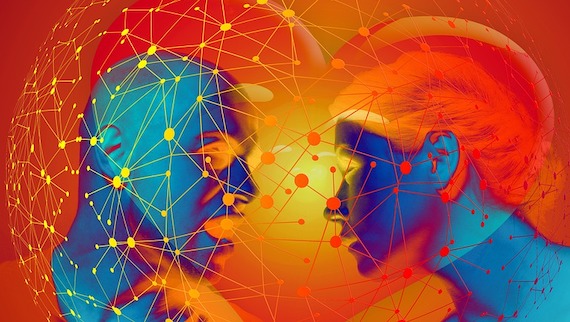 ( Middle East Monitor ) – On Monday, recently-promoted White House Press Secretary, Karine Jean-Pierre, when mentioning US President Joe Biden’s planned trip to Riyadh (which has now scheduled for next month) almost referred to the “Saudi regime“, before abruptly correcting herself, instead used the more sanitised word “government”. The official White House transcript, which is usually pretty accurate fails to mention this near, slip-up.

As we are so used to hearing the R-word being used to describe adversarial or hostile states to the US and collective West, especially those in need of “regime change”, this could have cast a dark shadow, if not another diplomatic storm, ahead of Biden’s meeting with Crown Prince Mohammed Bin Salman, aimed to improve already strained relations at such a critical epoch. But if regime can essentially mean a government, then why did Jean-Pierre feel the need to rectify her language? Why is regime used almost exclusively in reference to the current bad guys?

The word regime can refer to a “system of government or rule” and is borrowed from the French régime, itself derived from the Latin regimen, which simply means “to rule”.

Although the term may technically be applied to any country’s form of government, in its modern usage it has become heavily politicised, generally taking on a negative connotation as it is used to describe authoritarian and repressive governments.

This application has even found its way into dictionaries. One definition, according to the Macmillan Dictionary, can be “a government that controls a country, especially in a strict or unfair way”, while the

It is unclear when exactly this evolution occurred, but “

The problem however, arises when the term is not fairly or consistently applied, usually owing to political interests or agendas. It is for this reason, with the exception of using quotations, that I personally avoid using the term altogether in my writings as I recognise it is used selectively to feed a particular narrative. This includes articles on MEMO, a recent example being an opinion piece entitled “Will Syria’s opposition defeat Assad while Russia is tied down in Ukraine?“, where the word “regime” appeared 10 times in reference to the Syrian government — which was not once referred to as such.

With regards to western media, it is worth asking if this as frequently applied to say the absolute monarchies in the Gulf who are not exactly known for their human rights records nor democratic leanings and, if not, why?

One plausible answer to this was put forth in a 2018 article on Salon by Professor Greg Shupak who specialises in Literary Studies, entitled “What is a “regime”? Apparently, it’s any government opposed to U.S. policy“, which as implied, suggests the term is used selectively, mostly against those states who act in opposition to Washington’s interests. The usual suspects of Iran, Cuba, Venezuela and North Korea come to mind.

Shupak notes that “Calling a government a “regime” suggests a lack of legitimacy, with the implication that its ousting (by whatever means) would serve humanitarian and democratic ends”, as we were supposed to have seen in Afghanistan and Iraq.

At the time of the article, the author found that, since the outbreak of the civil war in Syria in 2011, “Syrian regime” had been used 5,355 times, “Assad regime” 7,853 times, “regime in Syria” 836 times, and “regime in Damascus” 282 times in the New York Times, Wall Street Journal and Washington Post. During the same time period, these same papers collectively used the phrase “Saudi regime” 145 times.

While the word regime is used more liberally in the media, and in Saudi Arabia’s case, more so following the murder of journalist Jamal Khashoggi, politicians are more reluctant to use the term as broadly, depending on whether the authoritarian state in question is friend or foe.

On the other hand, over the years the “regimes” themselves have democratised the term so to speak, by referring to other states as such. For example, Iranian politicians and media frequently refer to Israel as the “Zionist regime” and, during his 2019 interview with Italy’s Rai24, Syrian President Bashar Al-Assad accused the “French regime” of sending armaments very early on in the conflict. In April, Syrian Foreign Ministry sources were quoted by the daily Al-Watan that “Damascus cannot consider any dialogue with Erdogan’s regime unless it first withdraws the Turkish forces illegally present on Syrian soil”, and ending its support for opposition forces.

This illustrates to us that the loaded term in its modern political sense is almost redundant due to the double standards and selectivity at play. Application of the word ultimately boils down to whether one opposes the rule of a particular country’s government – if so, then it is a “regime”. Due to its Western alignment, Saudi Arabia is unlikely to be officially designated as a regime, despite having all of the apparent hallmarks of one. Professor Shupak stated in his article, “Saudi leaders can rest assured that their names are unlikely to be associated with running a “regime”, that almost happened this week, and could still, if the “long and historic relationship” is not maintained, going forward.