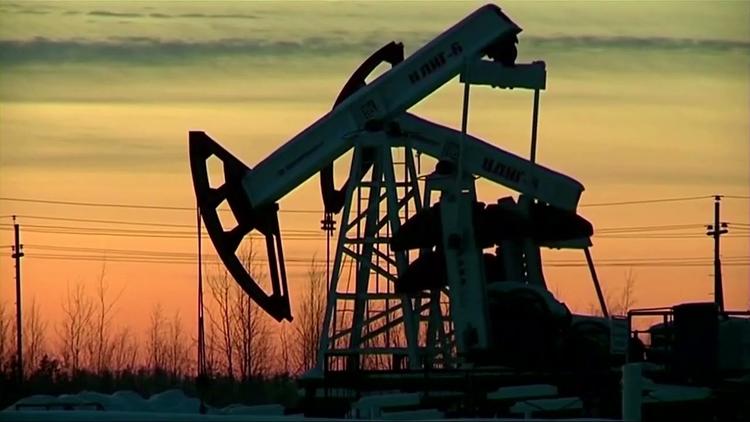 Ann Arbor (Informed Comment) – President Joe Biden ran on making Saudi Arabia a “pariah,” given that the CIA accused Crown Prince Mohammed Bin Salman of authorizing the murder in 2018 of Washington Post columnist Jamal Khashoggi in the Istanbul Saudi consulate. Biden and a bipartisan majority in the US Congress were also upset about the seven-year-long brutal war on Yemen that has been waged by Saudi Arabia and some allies.

Biden has abruptly reversed all the “pariah” talk. According to leaks to the papers of record from White House staffers, Mr. Biden has decided to visit Riyadh in connection with his upcoming trip to the Middle East, where he may have to interact with Bin Salman, the country’s de facto ruler. King Salman, the prince’s father, is something of a figurehead and is rumored to suffer from moments of lack of clarity. Nothing has changed about the facts of the Khashoggi case.

Why is Biden suddenly willing to reverse himself on Saudi Arabia, with all the reputational damage that will entail? The answer is fourfold: oil, Yemen, Israel, Iran.

Two geopolitical seismic shifts have contributed to this sudden lack of concern in the White House with human rights and press freedom. Russia invaded Ukraine. And, Biden has been unable or unwilling to negotiate a US reentry into the 2015 Iran nuclear deal (JCPOA).

Biden wants to avoid a hot war with Russia, and so has mainly responded by sending, and convincing others to send, defensive weapons to Ukraine and by slapping “maximum pressure” sanctions on Russia of the sort that Trump had applied to Iran. The US is boycotting Russian petroleum and Biden has convinced the European Union to follow suit. The EU announced earlier this week that it would slash 90% of Russian petroleum imports by the end of this year. Russia sold little of its 10 million barrels per day of petroleum to the US before the war, but it exported 4 mn. b/d to Europe. Analysts note that while Russia has sold some of its surplus oil to China and India, it is unlikely that Asian markets can absorb anywhere near the European loss. Russia’s production has already fallen to about 9 mn. barrels per day and is expected to fall further. Some now-idle wells may never be reactivated, since the equipment quickly deteriorates if unused and sales of gasoline autos peaked in 2017, with the electric car surging.

The problem with boycotting Russian oil and gas is that it takes some of Russia’s production offline and it creates substantial new demand in Europe for those commodities and therefore this measure causes the price to rise globally, which then offsets some of Russia’s losses. It can theoretically sell 9 million barrels a day for as much as it used to sell 10 million. In the real world, Russia is having heavily to discount its oil to sell it to India and China, and the transaction will become more and more difficult as Russian banks are kicked off the SWIFT bank exchange, leaving only barter or soft currencies as ways for Asia to pay Russia. Those forms of exchange will take 30% off the value of Russian oil sales.

Petroleum is primarily used for transportation. One way to replace Russian oil in Europe is to encourage more use of existing public transport and to move even more quickly to the rollout of an electric vehicle fleet, with big government subsidies. In February, EVs were a staggering 24% of new car sales in Germany, though supply chain problems have cooled that buying spree a bit more recently. Still, we can see where things are going for the future.

Another more problematic path is to have other oil producers increase output to take up some of the Russian slack. This is problematic because it makes it less urgent to move consumers off internal combustion engines (ICE) and does substantial damage to the world’s climate, tipping it toward the chaotic.

The Biden team approached Saudi Arabia and the United Arab Emirates, both absolute monarchies with the ability to increase their production of oil at will, but were rebuffed earlier this spring. The two countries were miffed by Biden’s harsh criticisms of Bin Salman, his pulling the US out of most involvement in the Yemen War, and his efforts to revive the Iranian nuclear deal.

On Thursday, however, the Organization of Petroleum Exporting Countries announced that they would authorize an over-all increase of some 638,000 barrels per day in July and August, split among the members’ quotas. That was more than the 400,000 bpd increase that analysts had expected, and the increase (actually quite small) appears to have been a sop to Biden. Most of this increase will have to be provided by Saudi Arabia and the UAE, which have excess capacity that most OPEC members lack. It will somewhat lower oil prices and help Europe get off Russian oil. Maybe it will help a little with gasoline inflation in the US, though most analysts doubt it, since the increase is too small to affect prices much.

The successful two-month cease-fire in the Yemen War, which was due to expire, has just been renewed by Saudi Arabia, for which Biden praised the Saudis, as well as the Egyptians, Omanis and Jordanians. Biden has gotten substantial pressure from Congress, including his own Democrats, to cut Saudi arms sales entirely because of the latter’s Yemen War, and this renewed truce helps the president politically.

Biden wants two other things from Saudi Arabia. One is for it to join the Abraham Accords and formally recognize Israel, as the United Arab Emirates, Bahrain and Morocco have done.

The other is that he wants a regional Israel-Bahrain-United Arab Emirates air defense pact against Iran.

Trump trashed the Joint Program of Comprehensive Action in 2018, leaving Iran free to ramp up its civilian nuclear enrichment program and to stockpile enough low-enriched-uranium for a nuclear weapon if Tehran ever decided to weaponize its program and bump it up to high-enriched-uranium (HEU). No Western intelligence agency has assessed that Iran has a weapons program or has taken any practical steps toward weaponization, but civilian know-how in this field, which Iran gained, can be put to the purposes of weapons-making where a government decides to go in that direction. Biden had an opportunity to restore the JCPOA in spring of 2021 when he first came into office, but put it off. Iran’s officials believe that hard-line pro-Israel figures in the Biden administration have sabotaged attempts to restore the agreement. But this view ignores the way Biden is himself a hard line pro-Israel figure.

So instead of opening back up relations with Iran and doing something practical to prevent the latter from further developing its nuclear capabilities, Biden’s team has apparently decided to stick with what Washington knows. Since the 1967 Arab-Israeli war and since the oil price revolution of the 1970s, US policy in the Middle East has had two pillars, support for Israel and a close alliance with Saudi Arabia.

This policy has been a serial failure and has caused the US no end of trouble and expense, and is largely driven by domestic and not foreign-policy considerations. But apparently we are back to a turbocharged version of it.

It is, moreover, shortsighted. Saudi Arabia’s Bin Salman seems to be out of control and it is not clear how stable the kingdom will be under his absolute rule. Israel’s Apartheid arrangement for the Palestinians is inherently unstable and constantly produces instability. Fossil fuels may have a shelf life of as little as 15 years, if rolling climate disasters turn the world’s publics against them. The Middle East faces the real and horrifying prospect of becoming a dust bowl. For Biden to put all his eggs in this basket because he wants to isolate and apply maximum pressure to Russia risks an American Humpty Dumpty moment down the road. It won’t be the first.