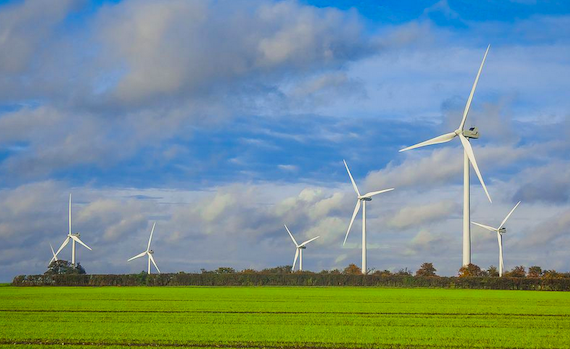 ( Clean Energy Wire ) – Renewables provided nearly half of Germany’s electricity in the first six months of 2022, according to preliminary data released by energy industry association BDEW and research institute ZSW. Solar panels, wind turbines, biogas plants and other installations covered 49 percent of electricity demand, six percentage points more than during the same period in the year before.

Wind turbines, the most important renewable power source, increased their share from 17 to 21 percent and solar panels from 10 to 12 percent, while power consumption in the country fell slightly by 2 billion kilowatt hours (kWh) to 281 billion kWh. In total, renewables produced 139 billion kWh and 17 billion kWh were exported. “Shrinking gas flows from Russia have put Germany’s energy supply into an exceptional situation. The safest way to prevent such a situation in the future is a quick buildout of renewable energy installations,” BDEW head Kerstin Andreae said, adding that a lack of construction area for wind power would continue to be among the biggest obstacles to renewables expansion in the country.

Frithjof Staiß, head of the ZSW institute, said the expected boom in solar power, gauged at about 150 billion euros in investments by 2030, would likely benefit Chinese producers most. “This dependence on Chinese producers – 96 percent of all wafers on the world market come from China – is a significant risk for the implementation of ambitious expansion targets aimed at climate action and energy security,” Staiß said, calling on the government to advocate making the revamp of the EU’s solar power industry a Project of Common European Interest (IPCEI), similar to existing projects for hydrogen and battery production.

Germany’s government coalition parties, meanwhile, agreed on measures designed to achieve a massive expansion of renewable power installations within the next years, after the parties’ parliamentary factions cleared last hurdles standing in the way of the government’s so-called Easter Package of renewable energy legislation.

Social Democrat (SPD) energy politician Matthias Miersch said the deal struck with the Green Party and the pro-business Free Democrats (FDP) would mean “renewables get the highest priority” in the German energy system, especially regarding wind power construction space. The biggest reform in over 20 years would lay the groundwork for a climate neutral energy system and greater independence from energy imports.