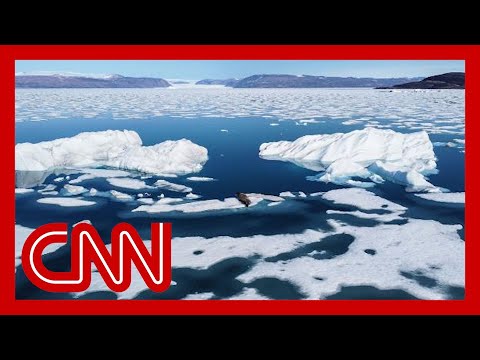 Ann Arbor (Informed Comment) – CNN and The Independent reported this week on a massive ice melt in Greenland, with on the order of 6 billion tons of ice lost in three days. The melting was because of a heat wave at the top of the world, caused by our burning coal, gasoline and methane gas and spewing billions of tons of the dangerous heat-trapping gas carbon dioxide into the atmosphere.

These sorts of events are directly responsible for sea level rise and coastal flooding around the world and in the United States (which has a lot of coast if you think about it). Often it is the poorest and most disadvantaged who will suffer most severely from disruptions like storm surges, coastal erosion, salt water invasion of lagoons, and urban flooding.

A heat wave in Greenland only makes it about 60 degrees F. (15C), when most of us would still feel the need for a sweater. But ordinarily, according to a climate and weather site, “In July the average maximum daytime temperatures are cold and range from 6°C (43°F) in KapTobin to 10°C (50°F) in Angmagssalik. Nighttime temperatures generally drop to 2°C (36°F) in Angmagssalik and 0°C (32°F) in KapTobin. It is one of the warmest months of the year.”

I think it was René Marsh and Angela Fritz at CNN who came up with the explanation of what 6 billion tons of ice melt looks like, saying it was enough to put the entire state of West Virginia under a foot of water.

A loss of 6 billion tons of ice is worrisome, especially since all this is cumulative. Over time all the surface ice will melt if we go on burning fossil fuels. But we’ve seen considerably worse, say Marsh and Fritz. In 2019, they explain, a hot spring and summer melted away the ice sheet’s surface, sending 532 billion tons of ice into the oceans, raising them permanently by over half an inch (1.5 millimeters).

If all Greenland’s ice melts, it would raise the seas by more than 24 feet (7.5 meters).

We can still halt an apocalyptic scenario like that, which would wipe out coastal cities around the world, if we stop spewing out carbon by 2050. The existing CO2 in the atmosphere will all go into the oceans. That will make them acidic and wipe out a lot of marine life, but temperatures would immediately stop rising and would gradually go back to a nineteenth-century normal.

Average sea level has already risen about 9 inches (24 cm.) since 1880, which has put coastal regions and cities under pressure. It doesn’t sound like much, but it is a lot. It gets magnified if there is a storm surge, and worsens flooding. Moreover, the oceans are not flat — they are higher some places than others, and some parts rise faster than others. The ocean at Miami Beach is a full foot higher now than even in 1990, and floods on rain-free sunny days are 4 times more frequent than just three decades ago. 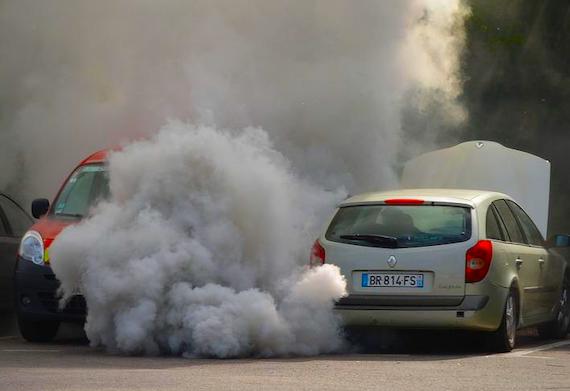 The World Economic Forum found that African-American urban communities are most at risk from sea-level rise, with the risk of flooding in their neighborhoods increasing by 20% by 2050.

Flooding currently costs the US $32 billion a year, but that number is expected to increase substantially if the seas rise at a rapid clip.

We’re seeing increasing coastal flooding alerts in places like Maine. Sarah Long at WMTW quotes Meteorologist Donny Dumont: “It makes sense we have more advisories just due to the fact that we are getting more coastal flood impacts . . . Sea level rise is not showing a super rapid increase but it is constant. Every single year we get a couple of millimeters and you add that up over a decade and you’re just getting more coastal flooding than you used to.” Note that a 10 millimeter increase per decade is nearly half an inch.* But as we saw in Miami Beach, at other places the increases are more dramatic.

In Ghana, the Atlantic Ocean has already surged six feet into the country’s interior, threatening to wipe out a whole series of coastal settlements. Coastal erosion is accelerating and the new conditions can interfere with fishing. People’s livelihoods are in danger.