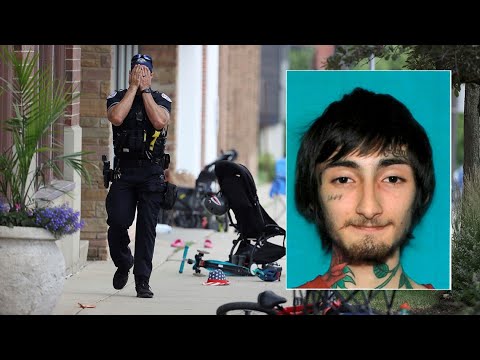 Ann Arbor (Informed Comment) – It is a hell of a note when you can’t have a Fourth of July parade in Highland Park, Illinois, without some gun nut with a military weapon turning the place into Falluja, killing 6 people and wounding 31.

The Republicans in Congress, beholden to campaign money from gun companies, and the Trump Supreme Court, have both put insuperable obstacles in the way of sensible gun safety laws. It isn’t even a matter of gun control, just basic safety. Countries that don’t allow everybody and his uncle to just buy semi-automatic weapons at a department store don’t have mass shootings of the size and frequency of those in the US.

The Supreme Court just struck down a century-old requirement in New York state that if you are going to carry a concealed gun, you should explain to the state why that would be necessary. The law is in accord with English common law going back to medieval times. But this Supreme Court, being far right wing nuts, struck it down.

I wrote about this madness elsewhere:

We are peculiar. When it comes to gun violence, the United States is less like France, Britain, Italy and Japan, other members of the G7 industrialized democracies, and more like Brazil, Venezuela, and Colombia. Competition for scarce resources in poor countries and weak governments drive gun violence in the latter three. But the US at least on the surface is wealthy and has a strong government.

Italy has violent criminal organizations in places like Sicily and Florence, but its rate of death from firearms is 1.31 per 100,000 residents. In 2021 793 people died in gun violence in Italy. That would be like 4,435 people dying of gun violence annually in the United States.

The actual statistic? In 2021 45,009 Americans died of gunshot wounds, with 20,919 of those being homicides. The rest were suicides. This year’s rate is 12.21 per 100K. 1,560 of these deaths were children or teens, more than twice as many deaths by gunshot, proportionally, as were suffered by the entire UK in 2021 even when we account for the difference in its population and that of the US.

Turkey has absorbed something like 3.5 million Syrian refugees fleeing a civil war, and has endemic Turkish-Kurdish violence, suffering also from ISIL terrorism. The country is middle income but not wealthy, with a nominal per capita GDP per year of $9,539. In the US it is $63,000. Turkey’s rate of gun deaths per 100k is 1.95. In absolute numbers, people with guns killed 1,626 people last year, equivalent to 6,362 dead Americans because Turkey is only about a fourth as populous as we are.

So, you know, Swaziland and El Salvador are strange company for the United States on a key social statistic.