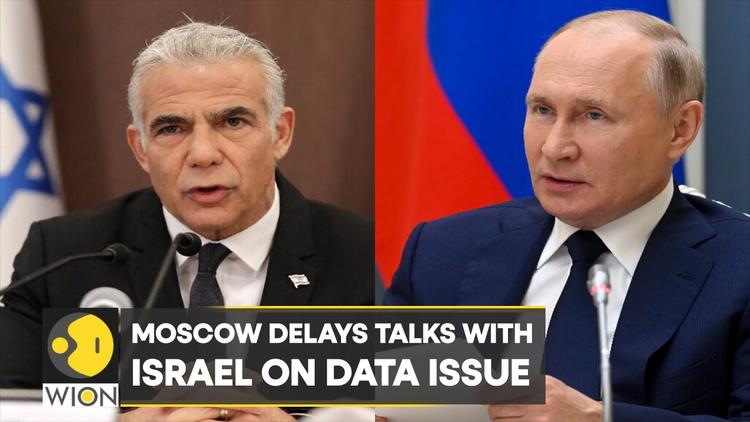 Israel is convinced that Moscow’s threat to close down the Jewish Agency in Russia is retaliation for the Zionist state’s positions on the war in Ukraine. In fact, Israel now fears that the crisis with Russia will escalate further, which has prompted officials in the Ministries of Foreign Affairs and Justice, and the National Security Council, to hold urgent discussions to assess the situation.

The feeling is that Israel is running out of time to deal with the crisis with Russia, because the Russian Jews in Israel maintain close links with their homeland. Israeli diplomats are working to guarantee that the “vital” activities and services provided by the Jewish Agency continue.

By closing the offices of the agency, Russia has dealt a severe blow to Jewish migration from the country to Israel, hence Israel’s concern. There is now even more tension between Moscow and Tel Aviv.

Since the beginning of the war in Ukraine, Israel’s interim Prime Minister and former Foreign Minister Yair Lapid has taken a hard line against the Russians. He was the first to join the West in issuing strong condemnations of President Vladimir Putin and accusing Moscow of “war crimes”. He also led Israel’s decision to support the condemnation of Russia at the UN. He has not spoken to Putin since taking over as prime minister, nor did the Russian leader call to congratulate him on his new role. This suggests that Russia’s closure of the Jewish Agency is purely political, an act of revenge, although it is alleged that the agency has broken Russian law.

Jewish immigrants to Israel from Russia are increasing in number, with 19,168 people making the move since the beginning of the year. In the whole of 2021, only 7,824 Jews made “aliyah”. The figures show that so far this year 48 per cent of all Jews migrating to Israel are from Russia.

Israel’s position on the war in Ukraine is not the only reason for the crisis with Russia. Another reason being talked about in Israel are its ongoing strikes in Syria, especially the recent attack that led to the closure of Damascus International Airport, and the attack on the port of Tartus, where there is a Russian naval base.

A third reason is related to the Russian demand for ownership of Alexander’s Court in the Old City of occupied Jerusalem, which was blocked by an Israeli court. Putin sent a personal message to former Prime Minister Naftali Bennett in this regard, but nothing happened, and things got to the point where Russian Foreign Minister Sergei Lavrov spoke about the alleged “Jewish roots” of Adolf Hitler.

It is understandable to be astonished at Israel-Russia relations right now. They once enjoyed an era of mutual interests and harmony which led to great success for Jewish capitalists in Moscow, where some occupied influential positions in the Kremlin and others owned major media outlets. It also led to the largest migration of Russian Jews, close to one million people, to Israel between 1990 and 2006. That was the largest such migration since the upheaval of the occupation of Palestine in 1948.

Israeli leaders made routine official visits to Moscow. Of all world leaders, former Prime Minister Benjamin Netanyahu visited the Kremlin more than any other between 2016 and 2020. Moreover, the strategic regional environment saw Israel boosting its desire to build bridges with Russia, as the Middle East became a very competitive arena.

Decision-making circles in Tel Aviv intensified their communication with their counterparts in Moscow, after realising the weakening of the US position in the region, especially since President Joe Biden took office and the US withdrawal from Afghanistan and Iraq. It slowly dawned on Israeli officials that Washington was leaving behind a huge vacuum.

None of this prevented Israel from following the West in its position on Ukraine, in line with the international stance and the return of a Cold War atmosphere. Israel has been trying to curry favour with both sides in the war, as it usually does, but it did not succeed this time. Hence, the deteriorating relations with Moscow. The longer the war continues, the higher the price that Israel will have to pay.

Israelis tend to agree that they do not want the current tension with Moscow to become irreversible to the point that Russia would ban Israel’s air force jets from using Syrian airspace; that would be a nightmare scenario for Tel Aviv. At the time of writing, Israel does not have a clear idea of what its reaction would be if things get to that stage, but it would push it into a corner and limit the options on its northern front.

Many Israelis believe that they will need a miracle to get Russia to reverse the decision to close the Jewish Agency. Moscow seems to be heading towards the end of Jewish migration from Russia, and orders from the highest levels have been issued in this regard. This is not a whim, but a serious initiative stemming from the Kremlin’s vision for global leadership.

Hence the Israeli worry that things will not stop at the closing down of the Jewish Agency. Other Jewish institutions that disseminate information about Israel and teach the Hebrew language may also face closure. Putin appears to have decided to escalate the crisis with Israel, and Israel’s efforts and achievements over the past thirty years may well be negated as a result.

This work by Middle East Monitor is licensed under a Creative Commons Attribution-NonCommercial-ShareAlike 4.0 International License. It has been slightly edited to fit Informed Comment house style.