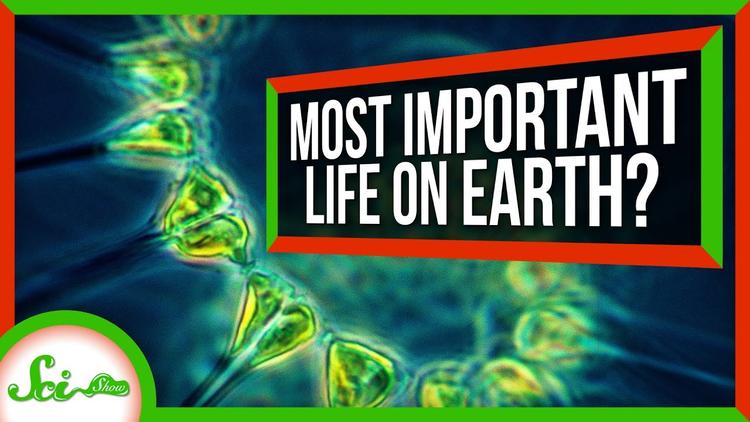 Ann Arbor (Informed Comment) – (Note: After publication, Jonathan Gitlin at Ars Technica took issue with the below on the grounds that it is based on a preprint and not a peer-reviewed academic journal article. He implies that Dryden’s study did not have enough data points to support his conclusions. I’ll let readers judge how seriously to take Professor Dryden’s findings until such time, as I wrote in my original piece, as the science is borne out … or not.

However (and this point is not meant to defend Dryden’s findings), that ocean biodiversity has been eroded by climate change and pollution is not in doubt. Byomkesh Talukder et al. write in the Journal of Climate Change and Health:

“The erosion of ocean biodiversity is having multiple effects on ocean-related planetary health [81,64,66,108]. For example, the Ocean Living Planet Index, which measures trends in 10,380 populations of 3038 vertebrate species, declined 52% between 1970 and 2010. The OLPI also indicates that the global ocean fish stocks were over-exploited by 29%, ocean species declined by 39% and the world coral reefs decreased by 50% [160]. Various anthropogenic as well as climate change drivers are responsible for ocean biodiversity erosion. According to Luypaert et al. [86], among many stressors, climate change bears a 14% responsibility for ocean species threatened to extinction . . .

A warm and more acidic ocean threatens the production pattern of phytoplankton, which during its growth emits much of the oxygen that permeates our atmosphere and transfers energy for higher trophic levels in the marine ecosystem [42,154].”

GOES’ initial estimate was that 50% of surface plankton have been lost since 1970. That would be alarming enough; the only question is whether that estimate was indeed too optimistic..

Mark Howarth, writing in the stalwart weekly from Dundee, Scotland, The Sunday Post, has a blockbuster scoop.

The Global Oceanic Environmental Survey, led by Edinburgh University marine biologist Howard Dryden at the university Roslin Innovation Centre had estimated that the plankton in the oceans had been halved in the past 40 years, and that all of it could be gone by 2040.

Dryden and GOES were off by twenty years.

Plankton is a blanket term for the billions of tiny sea organisms living close to the surface of the oceans, which are eaten by krill, small crustaceans, which are in turn eaten by fish and whales. No plankton, little or no marine life.

And while trees hog all the credit, plankton generate 70% of our oxygen.

Howarth reports that the GOES team just sampled the ocean water surface along the French and Portuguese coasts before heading across the Atlantic to Colombia. They and volunteers gathered 500 data points.

They expected to find five patches of plankton in every ~2.5 gallons (10 liters) of ocean water.

They found an average of one.

So in 1982 there would have been 10 patches of plankton in every 2.5 gallons of surface ocean water, and now there is one. That isn’t a 50% reduction.

If Dryden and his team’s survey is borne out by the scientific community, that is a 90% reduction.

It is like going to the zoo and finding nine in every ten of the animals there — the giraffes, the tigers, the reptiles — dead on the ground.

You would wonder, what happened here? Were they exposed to poison gas? Were they given poison to drink?

What is killing the plankton?

First, you know those billions and billions of tons of carbon dioxide we put up into the atmosphere every year, and how we have been doing that for decades? That is a big part of the problem and will get bigger.

Plankton don’t do well with an acidic environment. Imagine if you dumped hydrochloric acid into your fish tank. Although many of the plankton organisms offset extra acid when their shells dissolve, providing extra calcium and raising the PH, they seem likely to be overwhelmed in this regard, and it is anyway not a function they can perform if they are all dead.

Other things are killing plankton, like petroleum spills and other industrial pollution, and the run-off from farms of fertilizer.

The goal of stopping carbon dioxide emissions by 2050 isn’t good enough. We need to stop them now.

By the way, another function of phytoplankton is to absorb carbon dioxide into their little shells, which sink to the bottom of the ocean when they die, where subduction processes can bury them forever They are a major carbon sink.

If they are gone, the carbon dioxide will just go straight into the oceans, which will be even more acidic than would otherwise have been the case.

Some 870 million people, 10-12% of the global population, substantially depend on marine life for their nutrition