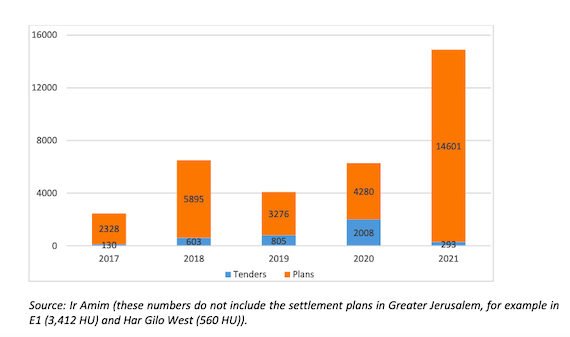 Ann Arbor (Informed Comment) – A European Union report on Israeli settlements in Palestinian territory has found that, in 2021 alone, 22,030 units were planned, began being built, or were finished in the West Bank and Occupied East Jerusalem. The report was issued by the European Union office for the Palestinian Territories (the West Bank, the Gaza Strip, and the UN Relief and Works Agency or UNRWA).

According to the Geneva Convention of 1949 on the treatment of people in militarily occupied zones, as well as the Rome Statute that underpins the International Criminal Court, it is illegal for an occupying Power to transfer its citizens to occupied territory or to alter the life ways of the Occupied population.

Of these over 20,000 new housing units, 14,894 are or will be located in occupied East Jerusalem, and 7,136 settlements are or will be spread through the West Bank, including sites far from the Israeli border. These numbers pertain to officially sanctioned squatter-settlements, but there are also wildcat settlements erected on the land owned by Palestinian families in ways that even the Israeli government considers illegal.

Overall, 2021 saw a 10% increase in settlement plans throughout the Occupied territories, but an enormous increase especially in East Jerusalem.

There was, however, a decrease in tenders for the Palestinian West Bank under the multi-party government of Naftali Bennett and Yair Lapid, which included centrist and leftist parties and even a bloc of Muslim fundamentalists.

Although these squatter-settlements are all built on land that has Palestinian owners — who are left penniless by the theft — Palestinians are not allowed to live in these housing units; they are Jewish-only, and a strong element of the practice of Apartheid by Israel in the territories. 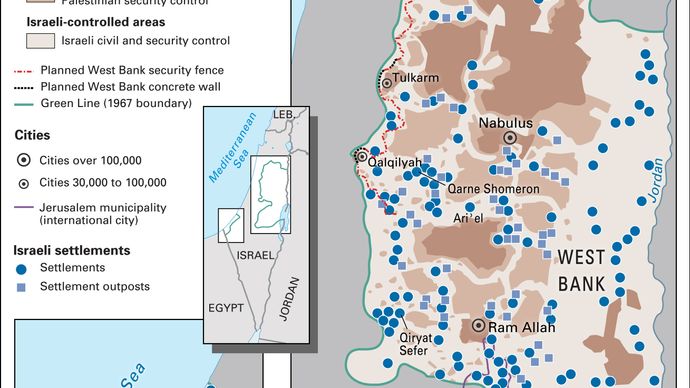 The nearly 15,000 new units planned or built in East Jerusalem pose a danger of ethnic cleansing to the 304,000 Palestinians resident there. East Jerusalem is part of the Palestinian West Bank and was illegally annexed by Israel in contravention of the Geneva Conventions and the Rome Statute and common human decency. Palestinian residents of East Jerusalem insist that they are part of Palestine, and rejected Israeli citizenship. They merely have residency permits and are stateless, and can be expelled at will. There are already 230,000 Israeli squatters on Palestinian land in East Jerusalem, and various schemes are being advanced to kick out Palestinian families and usurp their property.

The European Union notes, “During the reporting period, Israeli authorities i.a. advanced the Atarot settlement plan, the E1 settlement plan in Area C and the Lower Aqueduct Plan. If constructed, these plans would provide more than 14,000 additional housing units in and around occupied East Jerusalem.”

The report continues, “The advancement, in 2021, in particular of three settlements – E1, Atarot and Lower Aqueduct – is a serious cause of concern. The settlements, if constructed, would disconnect East Jerusalemites from major West Bank urban areas, such as Hebron and Ramallah, and would thus have serious implications on Palestinian urban continuity and pose a serious threat to a viable two-state solution.”

These three squatter-settlements are so strategically placed, in other words, to serve as a sword to decapitate Palestinian East Jerusalem from the body of the Palestinian West Bank, forever sinking any hope of a two-state solution (which in any case is already virtually impossible).