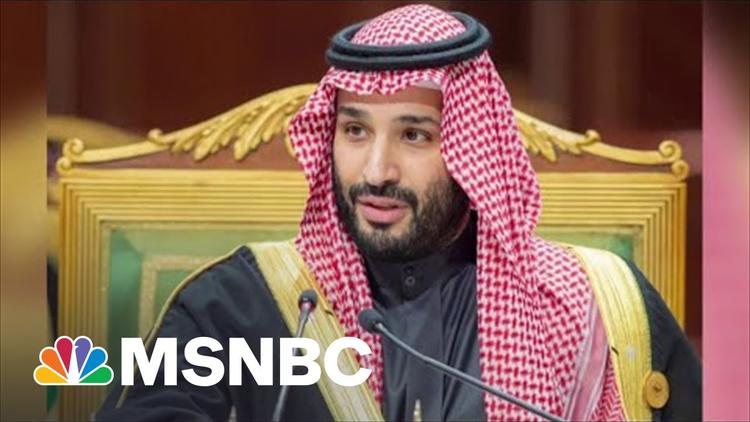 ( Foreign Policy in Focus) – President Biden has set out on his travels to Saudi Arabia. The implications of the trip for the intertwined issues of human rights and energy policy are dire.

The Saudi Arabia visit represents a 180-degree turn for Biden, who once called Saudi Arabia a “pariah” while campaigning for president. (A side note — “pariah” is an offensive slur directed at Dalits, who are the most oppressed in India’s caste hierarchy, and public figures in the U.S. and worldwide would do well to refrain from using such terms in the future.)

The fossil fuel industry’s global links to political violence and repression couldn’t be clearer. Unfortunately, the U.S. is enabling it.

Since 2015, Saudi Arabia has been bombing neighboring Yemen as part of their intervention in an ongoing civil war. Saudi bombs have “

Upwards of 20 million Yemenis are facing severe hunger because of the conflict. Human Rights Watch calls it “

At home, the Saudi government jails and tortures dissidents, among other severe human rights violations. Saudi dissidents aren’t safe outside the kingdom either — Saudi agents murdered prominent dissident and journalist Jamal Khashoggi, a resident of the United States, at a Saudi consulate in Turkey.

By meeting with the Saudi crown prince, Biden is sending a message to dictators worldwide that the U.S. is perfectly happy to turn a blind eye to their atrocities if it suits U.S. business and geopolitical interests. As I have documented elsewhere, Biden has done the same thing with the murderous Modi government in India.

In Saudi Arabia, these business and geopolitical interests include oil. Biden’s discussions with the Saudi government will include “ensuring global energy and food security,” the White House says. Presumably, Biden wants to persuade the kingdom to increase oil production and help lower global oil prices.

The supreme irony in Biden urging Saudi Arabia to increase oil production is that it’s in response to a global oil supply crunch and price surge partly (though not entirely) attributable to the war in Ukraine, started by another petro-dictator, Vladimir Putin.

Russia is the world’s third largest producer of oil (after the U.S. and Saudi Arabia), second largest producer of gas (after the U.S.), and the world’s largest gas exporter and second largest oil exporter. Effectively, oil and gas revenues are funding Russia’s invasion of Ukraine, another global human rights catastrophe that has resulted in almost 4,000 civilian deaths to date.

In fact, the oil and gas industry is tied to violent, repressive governments worldwide.

In Indonesia, Exxon has been implicated in death squad killings and torture by Indonesian military personnel working as private security for the company.

In Nigeria, oil and gas extraction by Shell and other corporations has had horrific environmental justice impacts in the Niger Delt, especially on Indigenous Ogoni peoples. When the Ogoni peoples have resisted peacefully, they have been violently repressed and criminalized. Nine Ogoni leaders, including prominent writer

If we are to avoid using our oil and gas purchases to enrich repressive governments, or corporations benefiting from their repression, should we ramp up domestic oil and gas production instead?

The short answer is no. The U.S. is already the world’s largest oil and gas producer, and planned expansion of production in the U.S. (or anywhere else) is inconsistent with a safe future for humanity, something even the pro-fossil fuel International Energy Agency acknowledges. And an increase in domestic production, which the Biden administration is pushing for, won’t even help reduce gas prices in the short term.

Not to mention, our own federal and state governments in the U.S. routinely violate human rights in defense of Big Oil.

My former colleague Gabrielle Colchete and I authored a 2020 report documenting the systematic industry-funded effort to pass “critical infrastructure” laws in the states to criminalize peaceful protest against fossil fuel infrastructure. These laws are now on the books in 17 states — the original 13 states with these laws at the time our report was published have since been joined by Arkansas, Kansas, Montana, and Ohio.

However, this isn’t only a problem of “red states” going rogue. Even in the absence of a “critical infrastructure law,” law enforcement in the Democratic-governed state of Minnesota, joined by Federal Customs and Border Protection (CBP), unleashed violent repression against peaceful Indigenous-led protests opposing Enbridge Corporation’s Line 3 tar sands oil pipeline.

The U.S. Justice Department has shown no interest in investigating the proliferation of “critical infrastructure” laws and their threat to First Amendment rights. However, they have been more than eager to charge Jessica Reznicek, a peaceful water protector at Standing Rock, with “terrorism” — charges that weren’t brought against anyone in the violent fascist mob who participated in the coup attempt on January 6, 2021.

Evidently, the Trump-era DOJ felt encouraged to pursue terrorism charges in the Reznicek case because of a congressional letter urging a crackdown on protests against fossil fuels. Signatories to the letter include members of Congress with ties to the fascist January 6 mob, such as Andy Biggs and Paul Gosar from Arizona, Mo Brooks from Alabama, and Louie Gohmert from Texas.

Disgracefully, the Biden-era DOJ under Attorney General Merrick Garland has not reversed course, but has doubled down on pursuing terrorism charges against Reznicek.

Besides being a threat to the planetary climate and to air and water quality in communities adjacent to its operations, the oil and gas industry is closely connected to anti-democratic politics. As we’ve seen from the examples of Saudi Arabia, Russia, Indonesia, Nigeria, and the U.S., one form this takes is support for — and dependence on — authoritarianism, violence, and repression.

An industry that takes advantage of the lack of political power of marginalized communities to turn their homelands into sacrifice zones in its quest for production and profits is, by definition, dependent on repression for its existence. In recent years, growing resistance to fossil fuel infrastructure in the U.S. has prompted the industry to seek further state repression and criminalization of its opponents.

The fossil fuel industry poses serious threats to planetary systems, public health, and democracy. The only way to free ourselves permanently from these threats is to end our dependence on this industry by transitioning to renewable energy — not by legitimizing fossil fuel autocrats overseas.