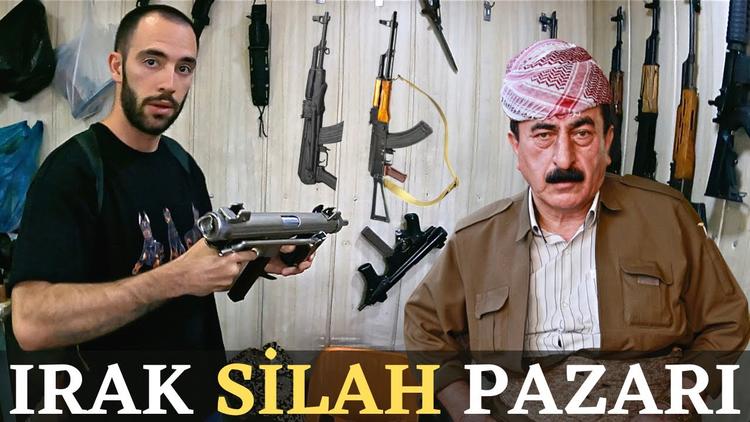 Ann Arbor (Informed Comment) – Other countries can just adopt rational policies to deal with severe social problems. The United States is locked into various weird metaphysical dogmas that make reasoning about such issues difficult. The second amendment, for instance, has nothing to do with universal gun ownership, whatever ideologues on the Right assert. The Supreme Court recently struck down a perfectly rational nineteenth-century New York law that required applicants for a license to carry a concealed firearm to show why they had a strong need to do so. Even a relatively dysfunctional place like Iraq, which has had decades of violence (to which the US unfortunately contributed in a big way), has government officials determined to tamp down gun violence.

Iraq, including the Kurdistan Regional Government (KRG) confederacy, is also awash in weapons, and has been for decades. The 8.5 years of U.S. occupation if anything accelerated gun ownership. US weapons made their way into the black market, as did the guns of former Baath soldiers in the million-man army of deposed dictator Saddam Hussein. The new Iraqi army that the U.S.attempted to stand up after the Bush administration dissolved the old one was corrupt and saw substantial salary arrears, leading many soldiers to sell their weapons.

In other words, the US shaped post-Saddam Hussein Iraq in its own image. Most of Iraq’s guns have been bought on the black market and are not officially registered. In the US, people can buy guns at gun shows and privately from other individuals without a background check.

In the three northern Kurdish-majority provinces of Erbil, Dohuk and Sulaimaniyya, 70% of the residents own firearms. In the US, about a third of Americans say they own a gun, and most guns are owned by only 3% of the population.

After a rash of high-profile murders, KRG President Masrour Barzani has ordered the closing of all gun shops in Iraqi Kurdistan and the confiscation of all firearms that are not registered with the ministry of the interior, which is to say, virtually all of them.

The Kurdistan Regional Government, which rules 6-7 million people in Iraq’s northeast, had passed a law in 2019 demanding that all gun owners register their weapons within six months, after which they would become illegal. Nobody much appears to have paid attention to the law.

Safa’ al-Kubaisi at al-`Arabi al-Jadid (The New Arab) that the KRG security forces have begun implementing a campaign to confiscate all unregistered firearms and to close gun shops after President Barzani made his announcement.

On Tuesday, two professors were shot dead in Erbil by one of their students, who bought an illegal handgun on Facebook. (Does this sound familiar?)

Barzani called on courts to stop ignoring or neglecting the 2019 law, asking them to help implement the new anti-gun measures.

It is a good thing his courts are not like the US Supreme Court, or they would just tell him he can’t intervene to stop mass shootings.

Barzani said, “We will never make the security of our people and our country a victim of saboteurs, smugglers and opportunists.” He asked citizens “to turn in their unlicensed weapons to the government, and to participate in the operation to cleanse Kurdistan from these weapons.”

The ministry of interior ordered its agents “to take action to close all gun shops, and to confiscate any unlicensed weapons, so that they do not constitute a threat to the life of the citizen.”

On Friday, the governor of Sulaimaniyya closed all shops and markets selling firearms throughout that province, saying that his security forces had set up checkpoints to inspect for unlicensed weapons in cities and outside of them, so as to confiscate them. He said that every illegal firearm in shops and markets would be confiscated immediately.

An anonymous security officer told al-Arabi al-Jadid that citizens who surrendered their guns were told they would not be punished for having had them. Those, however, who refused to part with their unlicensed firearms would be hauled into court.

The Kurdistan news service Rudaw reports that even members of the Peshmerga paramilitary that serves the KRG in the place of the Iraqi national army (which is not ordinarily allowed into the confederacy) will have to surrender their weapons to an organized depot from now on when they go off-duty, rather than taking them home.