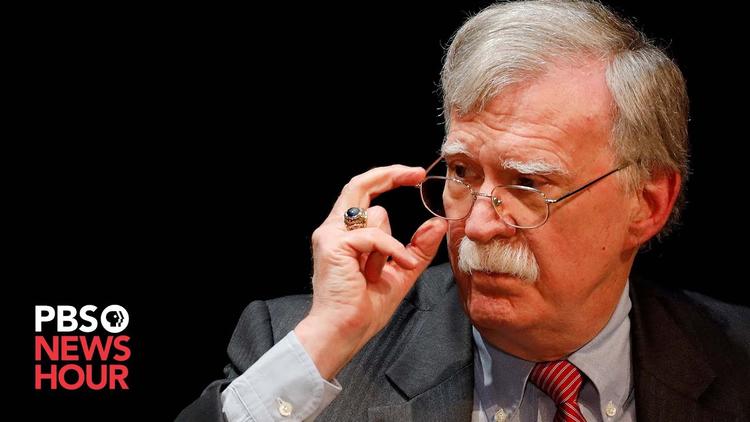 Ann Arbor (Informed Comment) – An attempt to hire a hit man to kill former National Security Adviser John Bolton by an alleged member of the Iranian Revolutionary Guards Corps was revealed by the Department of Justice at a delicate time in the negotiations to bring both the US and Iran back into compliance with the Joint Plan for Comprehensive Action (JDPOA), the 2015 Iran nuclear deal from which Donald Trump unilaterally withdrew in May of 2018.

Iran does not have a nuclear weapons program, only a civilian uranium enrichment program. The JCPOA was intended to prevent any militarization of Iran’s research for at least a decade, while attempting to integrate Iran into the global economy.

Bolton keeps lying and talking about Iran’s “nuclear weapons,” of which Iran has none.

Iran denied the charges it was behind the attempted assassination, but high Iranian officials, including the current president, have spoken of taking revenge for Trump’s murder in January, 2020, of General Qasem Soleimani, the longtime head of the Qods Force special operations unit of the Iranian Revolutionary Guards Corps (IRGC). Soleimani was droned to death with an Iraqi general at Baghdad International Airport while on a diplomatic mission to improve relations with Saudi Arabia.

Bolton has been a vocal and long-time proponent of the US waging an aggressive war on Iran and is close to the Israeli right wing, which wants the US to go to war against Tehran. In fact, after Trump lost the election in November of 2020, former Israeli Prime Minister Binyamin Netanyahu nearly succeeded in convincing Trump to go to war with Iran that winter as part of his attempt to overthrow the incoming Biden administration.

The Affadavit in the criminal complaint makes it clear that this operation could have had the code name Dumb and Dumber.

IRGC operative Shahram Poursafi, aka Mehdi Rezayi, 45, of Tehran, Iran, reached out on the dark web in an attempt to hire a hit man for $300,000 in bitcoin to kill Bolton last fall. The individual who was hired to arrange for a hit man (allegedly from a Mexican cartel) clearly immediately went to the FBI and served as a confidential informant, turning over all of Poursafi’s communications, which were sent over encrypted internet apps. The confidential informant strung Poursafi along, so that he never did arrange for any Mexicans to take a shot at Bolton, saying Bolton was out of town when a specific time and place was arranged. Poursafi wanted the hit done in a parking garage.

Poursafi is at large in Tehran and the DoJ won’t be able to try him on these charges unless he is apprehended.

Poursafi was able to challenge the confidential informant’s allegations of Bolton being out of town and to provide precise information on his movements not available in public sources. This information shows that the Poursafi had someone else on the ground in D.C. watching Bolton.

The confidential informant was eventually demoted by Poursafi from the Bolton operation, since he didn’t seem to have the guts to actually have it done, but was offered another target to rehabilitate himself, this time for a million dollars. We don’t know who the other target was.

That the IRGC would be reduced to dealing with shadowy alleged broker of hit men over the internet reveals a level of incompetence and lack of operational capability that is astonishing. If Poursafi had had an ounce of sense he would have understood that he couldn’t trust anyone he came up with this way.

The Iranian Revolutionary Guards Corps ended up being like one of those lonely people who try dating online and get taken advantage of and betrayed by a sinister stranger.

I don’t have a security clearance and have no special knowledge of the situation in Tehran, though I have been studying Iran for 45 years. I have to say that this whole amateurish operation sounds to me like Poursafi’s rogue individual attempt to attract some glory to himself. If the top ranks of the IRGC really wanted Bolton dead, my guess is that he’d be dead. The IRGC wanted some Baluchi bandits dead recently, and those bandits aren’t with us any more.

The big question is whether the revelations will finally derail the faltering negotiations with Iran over the nuclear issue.

Iran has been negotiating in Vienna with the remaining signatories of the JCPOA, Britain, France, Russia and China, about the terms it would accept to come back into compliance. Iran scrupulously adhered to the terms of the nuclear deal after it was signed in 2015, and went on complying for a full year after Trump destroyed the deal by pulling out and going to economic war against Iran, preventing it even from selling its petroleum. Trump behaved this way even though Iran had been in compliance.

From mid-2019, Iran began acting out, deliberately exceeding limits on enrichment of uranium and numbers and kind of centrifuges that had been set by the JCPOA. Iran had accepted the limitations because it was promised sanctions relief. In practical terms, that never happened because the Republican-held Congress refused to lift unilateral US sanctions and European and Asian firms were too afraid of US third-party sanctions by the Treasury Department to invest in or do much business with Iran. So Iran was taken for a ride, mothballing 80% of its nuclear enrichment program for nothing. And then once Trump pulled out and imposed his maximum pressure campaign, Iran was worse off than it had been in 2014.

One demand the Iranians made was that President Biden undo Trump’s designation of the IRGC as a terrorist organization, which Biden refused to do. With the revelations of the plot against Mr. Bolton, it has become completely impossible for Biden to back off those sorts of sanctions.

Trump, however, also designated the Iranian National Bank as a terrorist organization, which is silly and unprecedented, and which deeply harms ordinary, civilian Iranians because it makes it risky even to send charitable aid to Iran without risking being charged with material support of terrorism. Biden could have reversed this designation, but has not. His administration has kept the maximum pressure campaign in place and has not offered Iran much incentive for returning to the nuclear deal.

The European negotiators in Vienna this week presented Iran with its best and last offer, providing the text of an agreement for Tehran’s consideration. If Iran declines it, likely the Vienna negotiations will collapse.

I worry about this situation, because for the US to be in the position of permanently attempting to strangle Iran’s economy is not sustainable and could easily turn into a war without anyone wanting that outcome. I guess if it happened, that would make Bolton happy. The Biden administration in my view is insufficiently alert to this danger. But for Biden to deal with Tehran admittedly just got a lot more difficult.