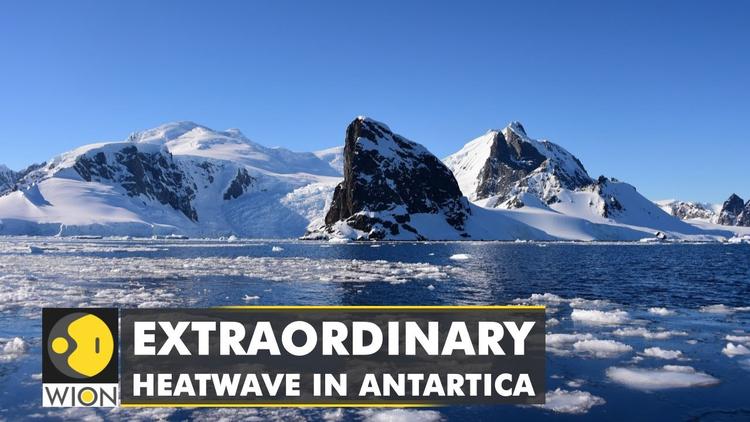 Ann Arbor (Informed Comment) – I attended an academic conference once in Melbourne, Australia. I was strictly instructed to pronounce it mel-bun, and have complied. Australia is really far away from the Detroit area. I asked someone about the beaches to the south of the city, and what body of water they were on. Oh, came the reply, the Southern Ocean. I travel a lot and have often found my conception of geography challenged. Maybe I had heard of the Southern Ocean, but I couldn’t remember doing so. Being in a place where there was a whole new ocean with which I was unfamiliar was a little disorienting.

Now it turns out that things are happening in the Southern Ocean that could affect us all.

Laura Herraiz-Borreguero and Alberto C. Naveira Garabato write in Nature Climate Change that prevailing warming winds from the west toward the east, called the “westerlies,” over the Southern Ocean have been moving south toward East Antarctica, bringing warmer water with them, and warming up the parts of the Indian Ocean that lap the shores of the Antarctic, as well. That’s not good.

I mean, I knew that surface ocean temperatures have been rising. I remember as a kid going to the beach in Los Angeles and finding the water really cold even in the summer, which it is not any more. But I am gobsmacked that the ocean near Antarctica has warmed up that much at middle depths.

The authors kindly wrote up a more accessible report at The Conversation.

East Antarctica has been colder than West Antarctica, but now it is heating up, too, for these reasons. For the first time, in March, an East Antarctica ice shelf, the Conger, collapsed because of an unusual heat wave, writes Alejandra Borunda at National Geographic.

The authors of the Nature Climate Change paper note that how much sea levels will rise depends crucially on how much ice melts in Antarctica, and these two developments– ever hotter Southern Ocean waters lapping at the shores and warm westerly winds blowing ever southward, are like aiming a hair dryer at your freezer to melt the ice when it gets overgrown in there.

The authors conclude that we had better limit the extra average heating of the earth’s surface to 2.7°F. (1.5°C) above mid-19th-century levels. Because if we make the earth hotter than that, Antarctic glaciers will start plopping into the ocean. Even just the Thwaites glacier in West Antarctica would raise sea levels by two feet all by itself. And there are lots of Antarctic glaciers that could plunge into the ocean if we heat things up too much. Bye-bye Miami, New York, New Orleans, etc.

On the other hand, if we stop spewing carbon dioxide into the atmosphere by 2050, everything we’ve put up there will be absorbed by the oceans, and temperatures will almost immediately stop rising. That development might be enough to keep Antarctica’s ice shelves, which hold back the glaciers, intact.

This is one significance of the Inflation Reduction Act, for going ahead with which which Kamala Harris cast a tie-breaking vote on Saturday. It looks as though the Senate will approve it this week and the House will do so at the end of August. It has $369 billion for the green energy transition, and will act as a multiplier in turbocharging the energy transition away from carbon dioxide among state and local governments and in private industry, spurring new technology and efficiencies. It also taxes methane emissions, another heat-trapping gas. Maybe, just maybe, we can keep the Thwaites glacier behind its ice shelf and avoid coastal catastrophes for people who live in low-lying port cities around the world.