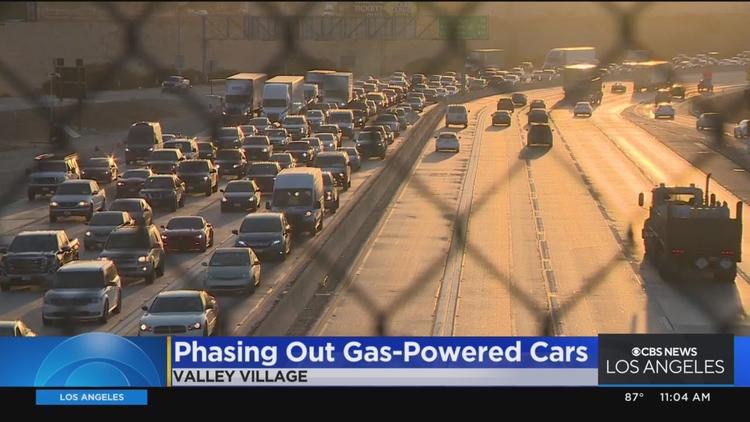 Ann Arbor (Informed Comment) – The California Air Resources Board has ruled that no all-gasoline cars can be sold new in California by 2035, according to AP. This measure has brought California into line with the European Union, which has the same deadline for going electric, as does Canada. Some 17 other states, including New York, are thought likely to follow California’s lead here.

Some 40% of California’s carbon dioxide emissions come from gasoline-powered vehicles. The new regulations will cut that form of pollution, which is boiling the earth, by 25% by 2037. The state hopes to be at zero carbon emissions by 2050.

California is not demanding 100% pure EVs by 2035, allowing 20% of new cars sold then to be plug-in hybrids. Still, this regulation is a massive change for the electric vehicle industry. Some 10% of all cars sold in the US are sold in California, and auto manufacturers therefore must produce for that market, and it isn’t cost-effective to produce some cars for some states and other cars for other states. If California is joined by so many other states, they will dictate the end of the production of cars with internal combustion engines (ICE).

Market forces and technological innovations may well outrace the state’s timeline. EVs are dropping quickly in price and the range of their batteries is substantially increasing. The recently passed federal Inflation Reduction Act contains $2 billion for research and development in green technology, which will accelerate these changes.

Morgan Stanley analysts believe that the price of EVs will fall to as little as $5,000 in the not-too-distant future, as their number of parts falls from 10,000 to as few as 100 and the efficiencies of mass-market production are realized. They believe prices will fall substantially just in the next ten years. California won’t have to regulate gasoline cars out of existence if EVs become really inexpensive.

The main challenge will be providing the new, green electricity to the grid that these cars will need to run off. The US is making strides there, as well. During the first half of 2022, renewable energy sources generated over 25% of US electricity, which is unprecedented.

Although some auto makers and all of the oil producers are grumpy about this new CARB ruling, there is no point in blaming California. The auto makers will have to provide only EVs to the European Market of some 450 million people by 2035 anyway. Just as it wouldn’t be cost effective to make some cars for some states and others for others, in the same way it wouldn’t be cost effective to make cars that can only be sold in the US and not in Europe. US factories are going anyway to have to be retooled to produce electric cars for Europe, so California is only putting a dot under an exclamation point that had already been drawn in Brussels.