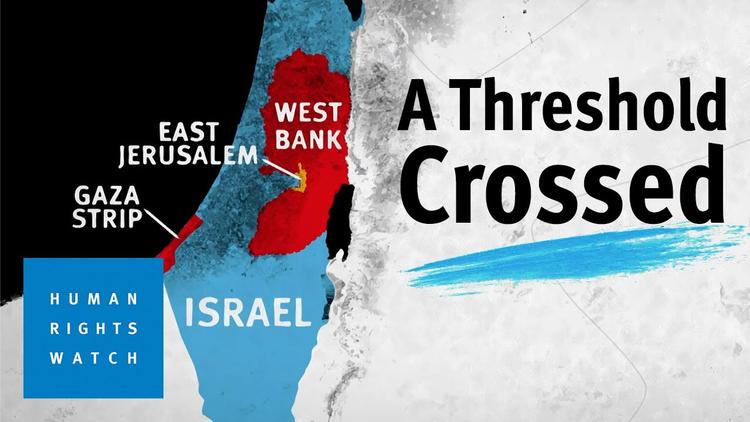 Ann Arbor (Informed Comment) – The head of the rump Palestine Authority that has a presence in 40% of the West Bank, Mahmoud Abbas, created a scandal when he said on Tuesday at a news conference in Berlin with German Chancellor Olaf Scholz, “From 1947 to the present day, Israel has committed 50 massacres in Palestinian villages and cities, 50 massacres, 50 Holocausts, and until today, and every day there are casualties killed by the Israeli military.” So report Hadas Gold and Nadeen Ibrahim at CNN.

Abbas’s office attempted to clarify the remarks, Gold and Ibrahim say, issuing a statement that “What is meant by the crimes that … Abbas spoke of are the massacres committed against the Palestinian people since the Nakba by Israeli forces, crimes that have not stopped to this day.”

The Nakba refers to the expulsion of 720,000 Palestinians from their homes by Zionist forces in 1948, followed by the establishment of Israel and the declaration by Prime Minister David Ben Gurion that the Palestinians would never be allowed to return home.

By resorting to a galaxy-sized hyperbole, Abbas achieved the opposite of what he was going for. The Nazi Party committed genocide against some six million Jews, about six million Poles, half a million Roma and large numbers of people of other ethnicities.

The great Palestinian scholar Edward Said once admitted that if the question was, “Who suffered more,” the Jews or the Palestinians, that there simply was no comparison.

Every life is precious, but the number of Jews and Palestinians who have died in the conflict between the two people is small in World War II terms. Some 20,000 people, mostly Japanese soldiers, were killed in one operation, at Guam, during the latter war.

Wikipedia counts 63,543 Palestinians killed since 1947 in military engagements. Of course, that omits civilians. I figure about 5,000 Palestinian civilians have been killed by the Israeli military in just the last two decades. For figures just since 2008 see Statistica. In all the twentieth century wars (most of them not with Palestinians), on the order of 20,000 Israeli soldiers were killed.

Anyway, while the death toll has been heartbreaking for anyone who cares about human life, it is not even in the same universe as the Nazi mass murder machine.

The problem with Israeli actions toward the Palestinians is not that they are committing a twentieth-century style genocide. They are not.

The Israeli government and military do commit war crimes, as with their cynical response four years ago to the Great March of Return in Gaza, where they ordered Israeli snipers to maim thousands of unarmed protesters.

The Israeli government and military are, moreover, depriving Palestinians of the right to have citizenship in a state. In the contemporary world, the stateless — people without citizenship — have no real rights. If you think about it, your right to the property you own is guaranteed by the state. If someone squats in your house or condo and you complain to the police, they will come an evict the squatters.

That the Israeli government is committing Apartheid and not mass murder does not make its actions unimportant or detract from the Illegal and immoral course it is pursuing. Something can be wrong even if it is not on the scale of the greatest wrongs ever done. The lives of 5 million people being blighted is a wrong that needs to be corrected.

There is a low intensity civil war going on in the West Bank and Jerusalem, with casualties every day. In the US, we only hear about these casualties on television news if it is a matter of Palestinians attacking Israelis, as happened, horrifically, earlier this week. But the staccato killing of Palestinians doesn’t get reported in mainstream US television news, and not very often in the print news, either. This silence about the Palestinian plight makes the occasional act of terrorism by a Palestinian seem to be monstrous, coming out of nowhere. Killing or harming civilians is never justified. But multiple acts of violence in a single arena need to be viewed together if we are to make sense of them. That’s not how the US press treats Israel-Palestine.

Several major human rights organizations, including Human Rights Watch and Amnesty International, have concluded that the Israeli occupation and colonization of the Palestinian territories has turned into an Apartheid regime. It is not exactly like the one in twentieth-century South Africa. Apartheid has become a term of art in international law, such as the Rome Statute. It just means a system that systematically disadvantages people because of their ethnicity. Palestinians under Israeli rule just have very few rights, whereas Jewish squatters on Palestinian land are given the full rights of Israelis living in Israel.

Mahmoud Abbas hasn’t been an effictive leader, and certainly not for a very long time, and his outbursts are just embarrassing. Had he taken the opportunity of the stage in Berlin to bring home to a German audience the magnitude of the human rights crisis faced by Palestinians, he might have done some good. As it is, by trying, pitifully, to appropriate the language of Holocaust for his people’s dilemma, he made himself look small, and a little crazed.