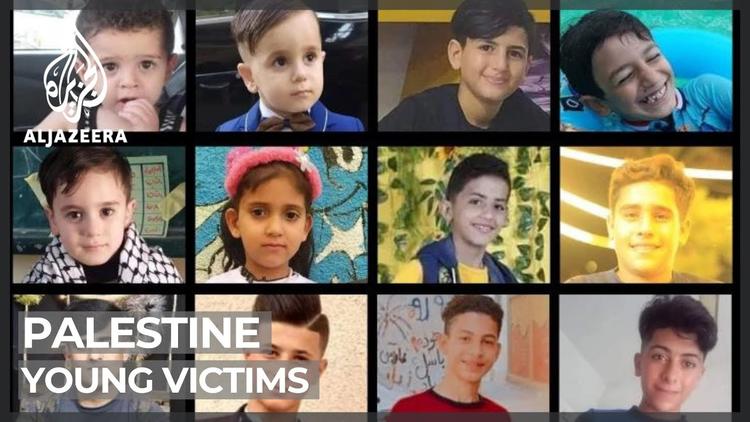 ( Middle East Monitor ) – While US and western mainstream and corporate media remain biased in favour of Israel, they often behave as if they are a third, neutral party. This is simply not the case.

Take the New York Times coverage of the latest Israeli war on Gaza as an example. Its article on 6 August, “Israel-Gaza Fighting Flares for a Second Day” is the typical mainstream western reporting on Israel and Palestine, but with a distinct NYT flavour.

For the uninformed reader, the article succeeds in finding a balanced language between two equal sides. This misleading moral equivalence is one of the biggest intellectual blind spots for western journalists. If they do not outwardly champion Israel’s discourse on ‘security’ and ‘right to defend itself’, they create false parallels between Palestinians and Israelis, as if a military occupier and an occupied nation have comparable rights and responsibilities.

Obviously, this logic does not apply to the Russia-Ukraine war. For NYT and all mainstream western media, there is no question regarding who the good guys and the bad guys are in that bloody fight.

‘Palestinian militants’ and ‘terrorists’ have always been the West’s bad guys. Per the logic of their media coverage, Israel does not launch unprovoked wars on Palestinians, and is not an unrepentant military occupier, or a racist apartheid regime. This language can only be used by marginal ‘radical’ and ‘leftist’ media, never the mainstream.

The brief introduction of the NYT article spoke about the rising death toll, but did not initially mention that the 20 killed Palestinians include children, emphasising, instead, that Israeli attacks have killed a ‘militant leader’.

When the six children killed by Israel are revealed in the second paragraph, the article immediately, and without starting a new sentence, clarifies that “Israel said some civilian deaths were the result of militants stashing weapons in residential areas”, and that others were killed by “misfired’ Palestinian rockets.

On 16 August, the Israeli military finally admitted that it was behind the strikes that killed the 5 young Palestinian boys of Jabaliya. Whether the NYT reported on that or not matters little. The damage has been done, and that was Israel’s plan from the start.

The title of the BBC story of 16 August, ‘Gaza’s children are used to the death and bombing’, does not immediately name those responsible for the ‘death and bombing’. Even Israeli military spokesmen, as we will discover later, would agree to such a statement, though they will always lay the blame squarely on the ‘Palestinian terrorists’.

When the story finally reveals that a little girl, Layan, was killed in an Israeli strike, the language was carefully crafted to lessen the blame on her Israeli murderers. The girl, we are told, was on her way to the beach with her family, when their tuk-tuk “passed by a military camp run by the militant group Palestinian Islamic Jihad”, which, “at the exact moment, (…) was targeted by Israeli fire”. The author says nothing of how she reached the conclusion that the family was not the target.

One can easily glean from the story that Israel’s intention was not to kill Layan – and logically, none of the 17 other children murdered during the three-day war on Gaza. Besides, Israel has, according to the BBC, tried to save the little girl; alas, “a week of treatment in an Israeli hospital couldn’t save her life”.

Though Israeli politicians have spoken blatantly about killing Palestinian children – and, in the case of former Israeli Justice Minister Ayelet Shaked, “the Palestinian mothers who give birth to ‘little snakes'” – the BBC report, and other reports on the latest war, have failed to mention this. Instead, it quoted Israeli Prime Minister Yair Lapid, who reportedly said that “the death of innocent civilians, especially children is heartbreaking.” Incidentally, Lapid ordered the latest war on Gaza, which killed a total of 49 Palestinians.

Even a human-interest story about a murdered Palestinian child somehow avoided the language that could fault Israel for the gruesome killing of a little girl. Furthermore, the BBC also laboured to present Israel in a positive light, resorting to quote the occupation army’s statement that it was “devastated by (Layan’s) death and that of any civilians.”

The NYT and BBC have been selected here not because they are the worst examples of western media bias, but because they are often cited as ‘liberal’, if not ‘progressive’, media. Their reporting, however, represents an ongoing crisis in western journalism, especially relating to Palestine.

Books have been written about this subject, civil society organisations were formed to hold western media accountable and numerous editorial board meetings were organised to put some pressure on western editors, to no avail.

Desperate by the unchanging pro-Israel narratives in western media, some pro-Palestine human rights advocates often argue that there are greater margins within Israel’s own mainstream media than in the US, for example. This, too, is inaccurate.

The misnomer of the supposedly more balanced Israeli media is a direct outcome of the failure to influence western media coverage on Palestine and Israel. The erroneous notion is often buoyed by the fact that an Israeli newspaper, like Haaretz, gives marginal spaces to critical voices, like those of Israeli journalists Gideon Levy and Amira Hass.

Israeli propaganda, one of the most powerful and sophisticated in the world, however, can hardly be balanced by occasional columns written by a few dissenting journalists.

Additionally, Haaretz is often cited as an example of relatively fair journalism, simply because the alternatives – Times of Israel, the Jerusalem Post and other rightwing Israeli media – are exemplary in their callousness, biased language and misconstruing of facts.

The pro-Israel prejudices in western media often spill over to Palestine sympathetic media throughout the Middle East and the rest of the world, especially those reporting on the news in English and French.

In its totality, this language misinterprets the Palestinian struggle for freedom as random acts of violence within a protracted ‘conflict’ where innocent civilians, like Layan, are ‘caught in the crossfire.’

The deadly Israeli wars on Gaza are made possible, not only by western weapons and political support, but through an endless stream of media misinformation and misrepresentation. Though Israel has killed thousands of Palestinian civilians in recent years, western media remains as committed to defending Israel as if nothing has changed.