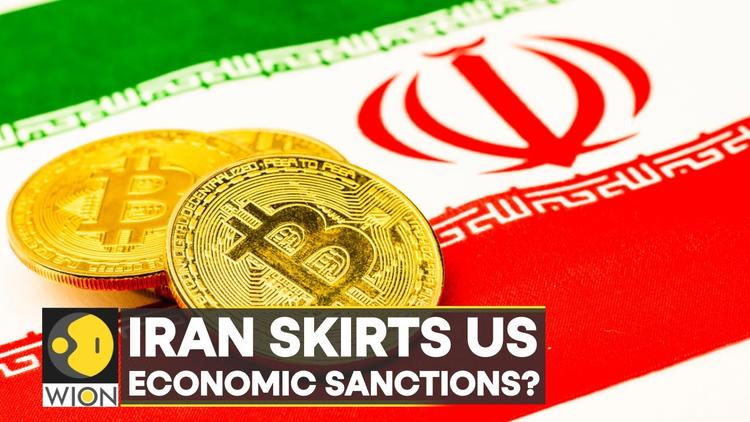 ( RFE/RL ) – Cryptocurrencies are being eyed by Iran, Russia, and other sanctioned states as a way to evade punitive barriers to international trade — but the dependence of “crypto” on banking systems makes it anything but a safe haven for illicit payments.

Crypto enjoys a reputation of being “untraceable” and is seen by Moscow and Tehran as a panacea as they look for ways to bypass international sanctions and their access to the global banking system.

But while experts say there is always room for rogue cryptocurrency exchanges that might be willing to trade with sanctioned persons and entities or for sanctioned states themselves to set up virtual currencies, international trade still relies on trust and payments that can be converted into reliable currencies like the euro and U.S. dollar.

This means that crypto transactions are going to be routed through the international banking system like any other, and the risks of getting caught for violating compliance regulations are high.

“Crypto has kind of a terrible reputation because it was initially very popular with criminals, because people thought it was untraceable,” says Peter Piatetsky, a former U.S. Treasury official who now heads the consultancy firm Castellum.AI. “But the ironic part is that crypto is actually way more traceable than traditional finance.”

The issue of using cryptocurrencies to circumvent sanctions attracted attention earlier this month when a top Iranian trade official announced that Tehran had for the first time used an unidentified cryptocurrency to pay a $10 million import bill to an undisclosed trade partner.

In an August 9 tweet, Deputy Trade and Industry Minister Alireza Peyman-Pak promised that more such transactions will be made, writing that by the end of September the “use of cryptocurrencies would be widespread in foreign trade with targeted countries.”

The announcement was seen as a message from Tehran that it had found a way to skirt international sanctions that left it cut off from SWIFT — the world’s largest bank-transfer system — and have hampered Iran’s ability to import weapons and foreign technologies for decades.

Owing to global concerns over Iran’s controversial nuclear program, new sanctions were imposed by the UN and the United States, further isolating Tehran from the international trade market.

Seeking an end around, Iran has looked for ways to make transactions that are either untraceable or essentially sanctions-proof, such as barter deals with willing states that regulators can do nothing about.

Potential trade partner Russia — which itself is subject to stiff international sanctions due to its occupation and annexation of Ukraine’s Crimean Peninsula in 2014 and even stronger punitive sanctions since its full-scale invasion of Ukraine in February — has also expressed interest in using crypto as a way to get around trade barriers.

But considering the long trail virtual currencies leave for regulators to track, Piatetsky questions why any entity would use them to conduct trade with sanctioned states.

“Who in their right mind is willing to be paid by Iran in crypto? Piatetsky asks. “Even in the criminal world people want to be paid with [a currency] that’s valuable. And if you’re being paid in crypto from a party that is sanctioned, you do have a high risk of losing your money.”

What’s In Your Virtual Wallet?

Traditional banking in some ways offers a better shield from regulators because money is sent from account to account, with little visibility of where the money is ultimately going.

With cryptocurrencies, it is the opposite, according to Piatetsky.

“The biggest differences between crypto and kind of traditional finance is that there is this traceability,” he said. “With crypto, if you know somebody’s wallet number, you can see how much money they have in it. And you can also see who they’ve sent money to and where they’ve received money from.”

As long as there is more than one currency in the world, a U.S.-based sanctions expert told RFE/RL, there is a chance that trades could be made, for example, involving the Russian ruble or the Iranian rial. But for that to happen everyone involved would have to be onboard with not exchanging goods for more reliable currencies, as well as the risk that the transaction could become a worthless digital file.

Even in the event Iran did make a $10 million transaction this month, which Piatetsky said he doubts, it is unlikely it would be for the types of foreign technologies that Iran seeks.

“If this is a government announcement,” he said of Peyman-Pak’s tweet, “is this something that the government wants?”

“Are they buying a plane? Are they buying a ship? Is there a ship broker somewhere that’s willing to accept crypto? I don’t know,” Piatetsky said. “But it’s one thing to announce that you’ve done a $10 million transaction, and another to [pull it off]. And of course, to actually explain it would mean it would immediately be shut down.”

International regulators, bodies, and Western countries are well aware of the prospect that cryptocurrencies could be used for illicit trade.

In March the European Union — in tightening sanctions against Russia due to its war in Ukraine — addressed the possible use of cryptocurrencies in illicit trade and in June introduced new legislation to ensure that “crypto-assets will be traced and identified to prevent money laundering, terrorist financing, and other crimes.”

An illustration of the Bitcoin, Ethereum, and Dash cryptocurrencies plunging into water.

And the U.S. Treasury Department has taken steps to prevent the illicit use of cryptocurrencies, including for ransomware payments, noting that “virtual currencies can be used for illicit activity through peer-to-peer exchangers, mixers, and exchanges.”

Kraken, a U.S.-based crypto exchange, is reportedly under federal investigation on suspicion of violating sanctions by allegedly allowing users in Iran to trade virtual currencies.

Tornado Cash, a “crypto mixer” that allows its users some element of anonymity when transferring crypto assets, was added this month to the U.S. Treasury’s list of sanctioned organizations. Tornado Cash stands accused by the United States of laundering more than $7 billion in virtual currency, including funds stolen by a state-sponsored hacking group in North Korea.

Within days of the listing, Dutch authorities on August 10 announced the arrest of a developer suspected of contributing code to the open-sourced, Ethereum blockchain-based platform.

And in March, the U.S.-based cryptocurrency exchange Coinbase, responding to U.S. government requests that platforms help ensure that crypto cannot be used to evade sanctions, announced it had blocked more than 25,000 cryptocurrency wallet addresses “related to Russian individuals or entities we believe to be engaging in illicit activity.”

“Regulatory efforts have focused on basically saying: ‘We’re going to regulate the exchanges,'” Piatetsky explained. “The exchanges are basically like the bank. And the government is saying we’re going to find exchanges and make sure exchanges have compliance so they can stop transactions to and from bad actors.”

Russia and Iran have ironically barred the use of cryptocurrencies within their own countries, citing concern they could be used to fund illicit activities.

But the head of the Russian Finance Ministry’s Financial Policy Department, Ivan Chebeskov, said in May that “the idea of using digital currencies in transactions for international settlements is being actively discussed” and suggested that crypto could help counter the impact of Western sanctions.

Although Iran officially bars cryptocurrencies domestically because they could be used as a “tool for money laundering and the financing of terrorism,” the head of parliament’s economic commission, Mohammad Reza Pour Ebrahimi, said earlier this year on state television that lawmakers were considering “the limitations of sanctions and foreign exchange” and looking at crypto as a way to help the country conduct international trade.

Officials, meanwhile, have openly endorsed the mining of crypto on Iranian soil as a way of circumventing sanctions.

But saying that cryptocurrency can be used for trade, or even developing digital currencies of their own to create a group of willing trade partners, doesn’t mean it will work, say sanctions experts.

The development of digital currencies, which are based on a country’s fiat currency, would still require Moscow and Tehran to secure them with technology and to establish trust in their worth.

Castellum.AI’s Piatetsky has doubts about how many partners Iran or Russia could find.

“Could Russia create some sort of ecosystem where there’s a Putin coin and an Iran coin, and they just do business with each other? Sure, but they would be honestly much better off filling planes with gold and flying them back and forth,” Piatetsky said.

“It’s like somebody that’s not being let into a club saying, ‘Well, I’m going to create a better club,'” he added. “Okay, do it. Let’s see who comes in if nobody wants to be in your club because your product is terrible.”

Michael Scollon is a senior correspondent in RFE/RL’s Central Newsroom in Prague.