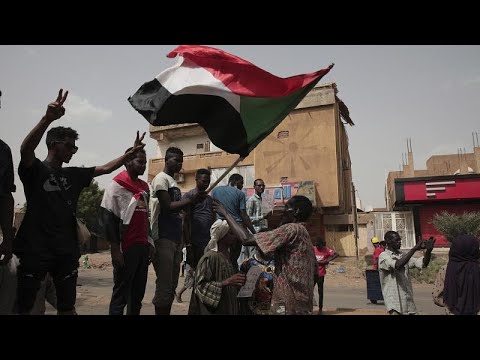 Industrial revolutions are defined as new scientific and technological breakthroughs and innovative ways of seeing and dealing with the world around us. They lead to a profound change in the economic and social dimensions in favour of improving human life, in addition to developing philosophical concepts and generalisations.

It is well known that the scientific revolution in the first half of the nineteenth century, through the discoveries of the law of conservation of matter, the law of motion, the law of conservation of energy, cellular theory, and Darwinian theory, in addition to the discoveries of other natural sciences, dealt a blow to the simplistic concepts that were prevalent at the time, which claimed that the world has not changed since its existence and that things in nature do not change or regenerate.

These blows were among the necessary introductions to the emergence of many philosophical ideas, including Marxist philosophy. History records the occurrence of four industrial revolutions that historians agreed changed the course of people’s lives and contributed to changing the facts of human civilisation. The details of these four revolutions can be found by anyone interested in sources that chronicle the development of human society, bearing in mind that the industrial revolutions are not just history, but rather, present and future.

What concerns us in this article is the digital revolution that erupted with the explosion of the Third Industrial Revolution in the 1980s, which paved the way for developments in the use of computers, the Internet and ICT applications. These then developed further with the eruption of the Fourth Industrial Revolution at the beginning of the new millennium, which gave birth to the integration of technologies that erase the lines between the physical, digital and biological domains. With the eruption of the digital revolution, the process of communication between people, the transfer of knowledge and the exchange of information witnessed a major leap through the circulation of information between large numbers of people connected to each other through Facebook, WhatsApp or other media. These applications also act as media platforms.

Moreover, the concepts of communication between governments and peoples have changed, as information is no longer monopolised by governments and security agencies and governments are no longer the only ones capable of controlling and dominating ideas, minds and hearts. The digital revolution reduced the regimes’ ability to paralyse movement with arrest campaigns, and at the same time, it broke the elitist mentality of the opposition movements, creating virtual arenas and organisations to expand the horizons of political action, which can be translated into a strong force on the ground to bring about change.

However, the tools of the communication and information revolution will remain mere deaf and blind machines if they are not managed by effective minds that improve the reading of reality and translate its data into innovative initiatives in all political, economic, cultural and social fields. On the other hand, the digital revolution brought with it new concepts that include electronic espionage and network hacking between individuals and countries, in addition to the birth of many negative, and sometimes dangerous, phenomena at the individual level such as fraud, identity theft, privacy violation, the violation of public and private rights, crimes against users, cyberbullying, impersonation, forgery, and character assassination attempts.

On the social level, just as the digital revolution and its means of social communication played an important and essential role in the outbreak and victory of the popular movement in many countries, such as the Arab Spring revolutions and the December revolution in Sudan, counter-revolutionary circles use them to halt or infiltrate the path of change and liquidate its revolutionary content. This is especially true during the twists and turns and sharp social conflicts that always erupt after the completion of the first phase of change, i.e., the overthrow of the previous regime, and the start of implementing the slogans and programmes of the revolution.

In Sudan, and in light of the severe crisis that has taken over the country today to the point of suffocation, counter-revolutionary circles inside the country, as well as foreign intelligence services that are disturbed by change in Sudan, seek to build accounts and digital platforms with fake names through which destructive ideas, rumours and lies are spread. They also seek to assassinate the personalities of popular movement leaders and the influential national leaders politically and socially and adopt the goals of the revolution.

While the activity of counter-revolutionary circles and hostile foreign intelligence through social media is understandable, justified and expected, the biggest mistake that causes great damage is our unconscious, sometimes naive, handling of the content on these media platforms. For example, the media often brings news or information that have dangerous implications, but they do not refer to a specific source, instead using the phrase “reliable sources reported”, “news circulating in political circles” or “breaking news” and we read the news focusing on its content, not paying attention to the absence of its source. We then engage in arguments that distract us from what is important, but the news is usually either fabricated, poison covered in honey, or news serving the purposes of one party or another.

An example of this is the news that spread in the media of the names of the candidates for premiership. There is no source that the news can be attributed to, all we see is “our sources learned” or “news reports stated…”. We know that so far there has been no agreement or consensus regarding the nature and composition of the party that will choose the prime minister, yet our unconscious dealings with the media turned the news into discussions and analyses regarding the candidates. These names may have come about as a result of the desires and ideas of media pioneers, or maybe they are just test balloons launched by certain parties.

The media pioneers did not take into consideration that how the prime minister is chosen, his name, on what constitutional basis they and their government will be chosen, and what programme this government will implement is actually the main dilemma in the current crisis. Limiting the crisis to naming the prime minister without mentioning its essence – the coup of 25 October 2021 – and before any new political agreement and a new constitutional document is reached disregards the revolution and underestimates the value of the sacrifice of its martyrs. It will not achieve any stability, but rather, will escalate the crisis.