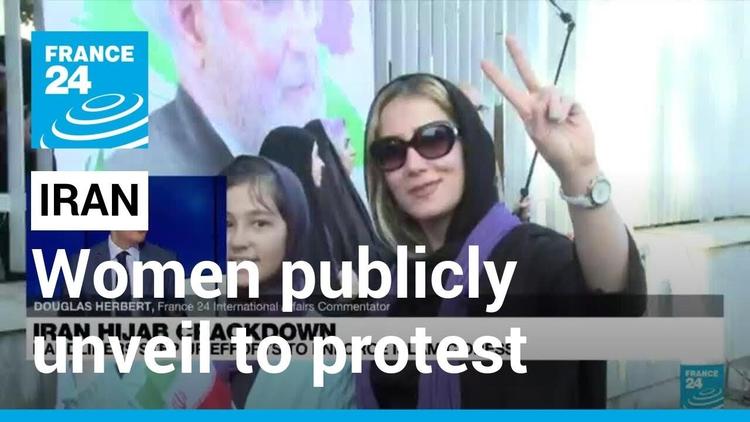 Welcome back to The Farda Briefing, an RFE/RL newsletter that tracks the key issues in Iran and explains why they matter.

I’m Mehrdad Mirdamadi, a senior editor and journalist at RFE/RL’s Radio Farda. Here’s what I’ve been following and what I’m watching out for in the days ahead.

A new crackdown by Iranian authorities on women who violate the country’s “hijab and chastity” law has been widely criticized, even by figures within the clerical establishment.

Abdolhadi Mar’ashi, an influential cleric in the holy city of Mashhad, resigned from his provincial post to protest the misconduct of the Guidance Patrols, or morality police. In his resignation letter, Mar’ashi said “our understanding of what is right and what is wrong under Islam has been limited only to the hijab.”

Instead of fixating on the enforcement of the hijab law, Mar’ashi suggested that authorities should prioritize other key issues like “government corruption, social justice, economic security, class disparity, drug addiction, national poverty, [and] freedom of expression.”

Jalal Rashidi Koochi, a lawmaker who is the head of a parliamentary committee for domestic affairs, said the morality police “haven’t made anyone observe the hijab,” suggesting the use of force had backfired.

Why It Matters: The new enforcement of the hijab law has exposed divisions in the Islamic republic, pitting citizens against supporters of the clerical regime. Confrontations have occurred in the streets of many cities in Iran.

Significantly for the establishment, the hijab issue has revealed splits among the clergy, its main support base. More criticism from senior religious figures will mean more defiance on the streets.

With many Iranians already hit by record inflation and rising unemployment, the government’s handling of the hijab issue has given citizens another reason to show their discontent.

What’s Next: The authorities have used force, imprisonment, and intimidation to enforce the hijab law. Even so, the public has remained defiant, as has been the case for the past 40 years. This defiance is set to continue even if the authorities continue or double down on their enforcement of the hijab law, which requires women and girls over the age of 9 to wear a head scarf in public. If the establishment does not soften its stance, there is likely to be more street protests and acts of social disobedience.

• Iran’s Ministry of Guidance has told advertising agencies that women are now prohibited from appearing in advertisements. The ministry sent a letter to the agencies over the weekend following the release of a promotional video by the Domino ice cream company that featured a female actress wearing a sweater who continues to put on further layers of clothing while images of an ice cream bar flash across the screen. At the end of the ad, the actress is wearing a parka and winter hat while taking a bite of the ice cream bar.

A government agency subsequently called the ad “a crime” and condemned the use of a female actress saying such ads lead to the “promotion of immorality” in the society.

• Relatives of Nazanin Bahrami say the Iranian actress has been arrested by undercover police in central Tehran. Bahrami was one of some 800 women to recently sign a statement denouncing the “systematic” sexual harassment and violence against women in the Iranian film industry and had called for a mechanism to ensure those responsible were dealt with.

Her relatives said Bahrami was returning home in the capital from work when she was surrounded by plainclothes police and taken into custody. Her whereabouts are not known, and officials have not commented on the situation.