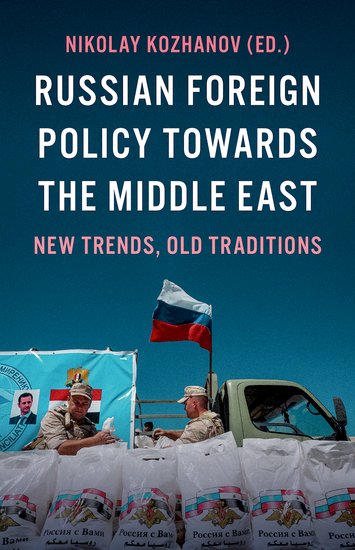 “Syria is not witnessing a battle for democracy, but an armed conflict between government and opposition in a multireligious country. There are few champions of democracy in Syria. But there are more than enough Qaeda fighters and extremists of all stripes battling the government.” This is an excerpt from an op-ed written in 2013 by Russian President Vladimir Putin in The New York Times. It hints at two of the main pillars of Moscow’s official approach to the Syrian conflict and, more broadly, the Middle East and North Africa (MENA) region: the defence of the principle of national sovereignty and the opposition to religious radicalism in the area.

Putin goes on to remark in the same op-ed that “we are not protecting the Syrian government, but international law.” This is the third pillar in Russia’s official rhetoric toward the MENA region: the upholding of international law. The gap between the principles Russia claims as its own and reality is a wide one – especially after the Russian invasion of Ukraine – but it would be unwise to ignore how this Russian official narrative emphasizing national sovereignty, anti-radicalism, and international law has furthered Moscow’s interests in the MENA region during the last decade.

This is one of the main conclusions that can be drawn from Russian Foreign Policy Towards the Middle East: New Trends, Old Traditions, a recently published volume edited by Nikolay Kozhanov, a Research Associate Professor at the Gulf Studies Center of Qatar University. The book combines general chapters studying the role of domestic politics in Russia’s foreign policy towards the MENA region, as well as its historical evolution, with more specific chapters dedicated to the analysis of Russia’s interaction with different regional actors such as Iran, the Gulf Cooperation Council (GCC) countries or the Maghreb countries. Due to its thorough analysis and impressive array of contributors, the volume will provide a valuable departing ground for scholars seeking to understand Russia’s role in the Middle East and North Africa.

A common thread in the different chapters of the book is the idea that Russia has returned to the MENA region during the last decade. The withdrawal from the area after the fall of the USSR was motivated by the fact that “the limited resources available to Russia had to be concentrated in high-priority areas.”[1] As Anna Borshchevskaya has explained in her recently published book Putin’s War in Syria: Russian Foreign Policy and the Price of America’s Absence, during the 1990s Russia “did not appear to pursue a coherent policy” in the MENA region.[2]

Nevertheless, when Russia was able to re-engage the region – especially after the beginning of Putin’s second presidential term in 2012 – it followed a similar strategy to that pursued by the USSR: “balancing between opposing sides in various Middle Eastern antagonisms.”[3] Carnegie Endowment for International Peace researcher Andrew S. Weiss has previously noted that “Russian officials are fond of saying that they can talk to anybody.”[4] This can be seen in the framework of the Yemen conflict, where Russia “maintains positive relations with all major warring factions.”[5]

This ability to engage different sides of a conflict is not devoid of risks, however. “Middle Eastern states might feel threatened by Moscow’s relations with their regional adversaries” and when this happens, these states often turn to the US for support.[6] As different authors in Russian Foreign Policy Towards the Middle East remark, those Middle Eastern states that maintain relations with both Moscow and Washington often use ties with Russia to improve their negotiating position when dealing with the US government. This is the case, for instance, of Egypt under President Abdel Fattah el-Sisi, who has instrumentalized his ties with Moscow to gain US attention.

If there is a defining moment in Russia’s return to a prominent role in the MENA region, this is undoubtedly its intervention in the Syrian conflict in 2015 to support an embattled Bashar al-Assad. The 1979-89 Soviet-Afghan War made Moscow aware of the dangers of “becoming mired in another protracted conflict”.[7] Russia’s intervention in Syria has developed along different lines, with a more limited intervention that nonetheless has caused massive destruction.

Moscow presented its intervention in favor of Al-Assad’s government as a response to an invitation from the Syrian government that sought to uphold the principles of sovereignty and stability and fight back against terrorism.[8] This narrative has found a certain resonance among authoritarian Middle Eastern states, even those that funded Syrian opposition groups. In fact, “the narratives of “stability” and “state sovereignty” promoted by the Russian authorities were adopted by the new governments that emerged after the Arab Spring.”[9]

Although the study of Russia’s role in the MENA region is currently more relevant than ever before during the last three decades, it remains essential not to overstate Moscow’s leverage in the region. As Kozhanov succinctly notes, “Russia should be considered a second-tier non-regional player in the Middle East.”[10] In the Maghreb area, and despite Russia’s good relations with the traditionally Western-oriented Morocco and Tunisia, Moscow cannot compete with the European Union or China.[11] Russia faces similar problems in its relations with GCC countries because of its lack of “strong economic leverage” when it comes to business investments.[12] After all, Russia’s GDP is only the eleventh largest in the world as of 2021 according to the World Bank. And, despite the war against Ukraine having fewer economic consequences for Russia than most anticipated at the beginning of the conflict, the Russian economy is still expected to contract by 6 percent this year.

Russia’s economic power is deeply reliant on the country’s gas and oil reserves, and its economic interactions with GCC countries have been dominated by the natural resources sector. Within the framework of the so-called OPEC+ deal, Russia and the members of the Organization of the Petroleum Exporting Countries (OPEC) agreed in 2016 to reduce oil production with the intention of benefiting from higher prices. Russia’s cooperation with OPEC members has survived a temporary Russian pull-back from the deal in early 2020 (motivated by Moscow’s reticence to accept oil production cuts amid plummeting global demand as a result of the Covid-19 crisis) and the imposition of sanctions on Russia due to its invasion of Ukraine. In a recent article, Kozhanov argued that the OPEC+ deal might well survive beyond September 2022, when it is due to expire.

The collective study of Russia’s policy towards the MENA region found in Russian Foreign Policy Towards the Middle East shows that Moscow’s influence in the area is at its highest when dealing with countries that cannot balance Russia against the US and other Western countries. This is Iran’s case. Benefiting from its position as a UN Security Council Permanent Member, Russia has often “acted as a bulwark against Iran’s political and economic isolation.”[13]

A powerful driver behind Russia-Iran ties is the fact that “both countries share a similar worldview” but they are also occasional competitors.[14] A paradigmatic example is their competition for reconstruction contracts in Syria. Since the imposition of sanctions on Russia on account of the Ukraine War, Russian and Iranian economic interests have been particularly difficult to reconcile. Both countries try to sell their oil at discounted rates to attract buyers despite the potential risk of doing business with a sanctioned country.

It is surprising that Russian Foreign Policy Towards the Middle East barely discusses Russian-Turkish relations, especially considering the salience of the issue in recent years. Turkey’s acquisition of the Russian S-400 air defence system, which started to be delivered in 2019, has led to Western concerns about their bilateral ties and the impact of military cooperation between Russia and a NATO country. This notwithstanding, and as noted by German Institute for International and Security Affairs Fellow Galip Dalay, Moscow’s geopolitical revisionism makes Turkey uneasy and may bring Ankara closer to the West.[15]

Russia’s invasion of Ukraine in February 2022 led to some doubts on whether Moscow would maintain its presence in the MENA region due to the focus of military resources on the Ukrainian front and the weight of sanctions. Russian Foreign Policy Towards the Middle East is a perfect account of Putin’s long-term efforts toward regaining the stature the USSR once had in the MENA region. Although Russia does not have the economic muscle and ideological appeal of Soviet times, it is difficult to imagine a scenario in which Russia would give up its newly regained role in the Middle East and North Africa.

[8] Roy Allison, “Russian Legal and Normative Claims for Its Intervention in the Syrian Conflict since 2015,” in Russian Foreign Policy Towards the Middle East: New Trends, Old Traditions (London: Hurst and Co., 2022), p. 85.