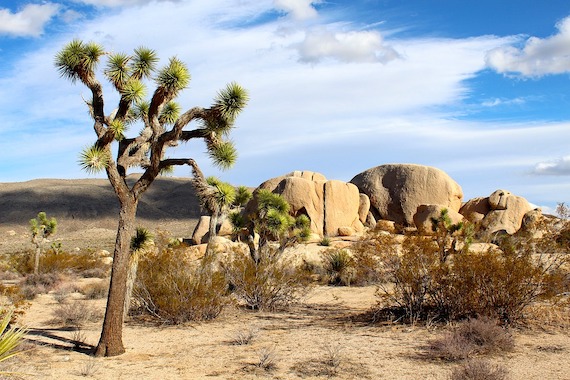 ( Otherwords ) – Over the past decade, I’ve traveled countless times to the desert regions east of San Bernardino in Southern California. In the Mojave National Preserve and Joshua Tree National Park, I’ve been captivated by the desert’s complex and diverse ecosystems — at once beautiful, perilous, fragile, and resilient.

Joshua trees are disappearing, glaciers are melting, wetlands are flooding. Can the threat to our parks — and the wonder they inspire — lead to action?

I see constellations at night instead of smog. I’ve summited rock formations that left me breathless and humbled with sweeping views, reminding me to tread lightly on the sacred and ancestral lands of the Cahuilla, Chemehuevi, Serrano, and Mojave peoples.

Millions have also shared memorable experiences like these at our long-treasured national parks. But as climate change caused by human activities brings more heat, drought, and fire, it now threatens natural wonders across the country.

While visiting the Mojave National Preserve last year, I was dismayed to discover the aftermath of a wildfire. There I stood between life and death, between a postcard scene of whimsical, furry-limbed Joshua trees, and a scorched sea of trees and cacti skeletons sprouting from the blackened earth like spent matchsticks.

Nearby at Joshua Tree National Park, climate change-induced fires and drought are pushing its namesake western Joshua tree to extinction. A 2019 scientific study found that without a reduction in carbon emissions, only 0.02 percent of the species’ national park habitat would remain viable by the end of the century.

Unfortunately, our government has further endangered these iconic landscapes by failing to address the climate emergency.

At the state level, the California Fish and Game Commission deadlocked in June on whether to grant the western Joshua trees permanent protection under California’s Endangered Species Act, delaying a final decision. At the federal level, the Supreme Court recently restricted the government’s ability to curb emissions from power plants. 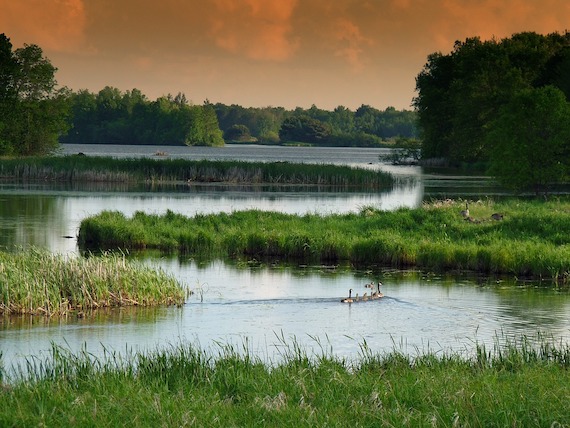 Recent news looks a little more promising, although much more needs to be done.

After protracted opposition, West Virginia Senator Joe Manchin has now agreed to legislation that would invest $369 billion in energy and climate change programs. Backers say the law would reduce U.S. carbon emissions 40 percent by 2030, although conservation and community groups point out that it also includes handouts to fossil fuel corporations.

Meanwhile, Biden has issued executive actions that would provide $2.3 billion in federal funding for U.S. cities and states to respond to climate hazards, government support for cooling centers and air conditioning, and new wind energy leases in the Gulf of Mexico.

These initiatives, while helpful, fall well short of a direct confrontation with the fossil fuel industry most responsible for the climate disaster. And they’re short of Biden declaring a national “climate emergency,” which would allow him to take bolder measures like reinstating a ban on crude oil exports and stopping offshore drilling.

Climate change is a compounding crisis that affects every life, job, and environment on this planet. And it now challenges the National Park Service’s founding mission, requiring us to re-think what stewardship of our revered public lands entails.

With a limited window to reverse climate change’s catastrophic impacts, it demands a tectonic shift for our survival — and as the California deserts have shown me, for our country’s most awe-inspiring, irreplaceable landscapes.