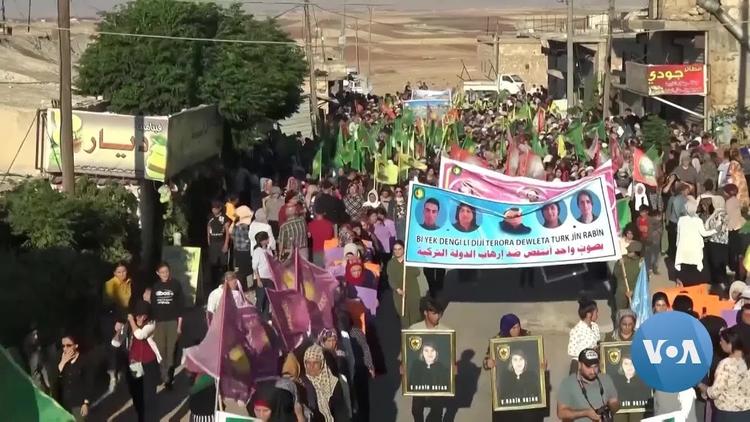 The document addresses laws-of-war obligations for parties to the conflict, concerns relating to refugees and internally displaced people, and the implications for Syrians and foreigners detained in the region for alleged links to the Islamic State (ISIS). Turkey’s planned incursion would be its fourth into northern Syria since 2016. Previous incursions have been fraught with human rights abuses.

“Turkey and its allies have previously killed and arbitrarily arrested civilians following cross-border military operations in Syria that have resulted in massive displacement,” said Adam Coogle, deputy Middle East director at Human Rights Watch. “Without taking adequate precautions, Turkish forces and their Syrian proxies risk repeating their abuses. The conflict could only worsen the already devastating humanitarian situation for millions of people in northern Syria.”

Since May, Turkish President Recep Tayyip Erdoğan has been threatening a new offensive into two areas of northeast Syria, Tel Rifaat and Manbij, to clear them of the People’s Protection Units (YPG and YPJ), thelargest elements of the Syrian Democratic Forces (SDF), a United States-backed, Kurdish-led armed group that controls most of northeast Syria. Erdogan said he aims to expand what he describes as a Turkish-controlled “safe zone” along Turkey’s southern border. He reiterated his intention most recently on August 8, despite public warnings against such an incursion from the United States, Russia, and Iran.

Turkish drone attacks and shelling by Turkish-backed Syrian forces on northeast Syrian cities and towns held by Syrian Kurdish forces have intensified in recent months, killing and injuring civilians, including children, according to the Rojava Information Center – a volunteer media and research organization in northeast Syria. On August 11, the SDF said its forces killed Turkish soldiers in response during three separate operations on August 8.