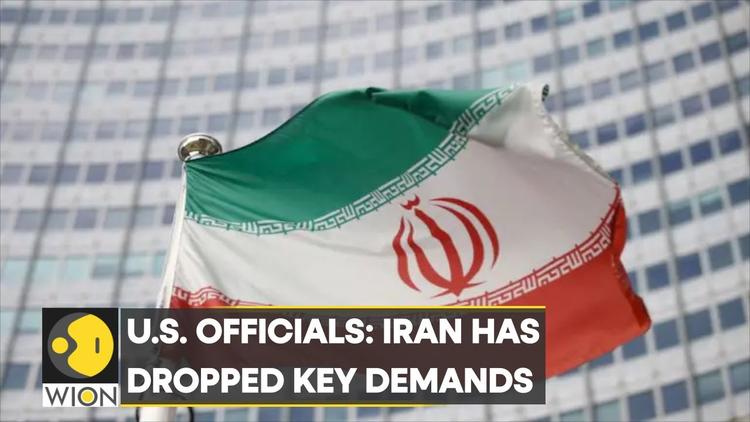 Ann Arbor (Informed Comment) – Right wing Israeli politicians such as former prime minister Binyamin Netanyahu and even centrist politicians like caretaker Prime Minister Yair Lapid have fulminated against any US renewal of the 2015 Iran nuclear deal or Joint Comprehensive Plan of Action (JCPOA). As with the loony Right wing in the US (increasingly the only Right wing there is), they typically allege that the JCPOA will allow Iran to develop a nuclear weapon. Since the treaty makes it virtually impossible for Iran to develop a nuclear device, this charge literally makes no sense.

Iran does not have a nuclear weapons program. It has a civilian program to enrich uranium for fuel for its Bushehr reactor. It has plans to expand the number of its nuclear power plants.

The way it would make a bomb if its leadership ever decided they wanted to go in that direction would be to run thousands of high-powered centrifuges to enrich the uranium and build up a stockpile of High Enriched Uranium (HEU), which could be further enriched in the thousands of advanced centrifuges, until you got it to 95% enriched. Or, it could modify a heavy water reactor being used to generate electricity so as to turn it into a breeder reactor that quickly allowed the harvesting of fissile material.

The UN and the US put sanctions on Iran, and the carrot the UN Security Council and the Obama administration used to convince Iran to mothball 80% of its nuclear enrichment program was that these sanctions would be lifted and Iran would be integrated into the world economy.

When Iran was faithfully adhering to the terms of the JCPOA in 2015-2019, it only ran 6,000 low-tech centrifuges. It was only allowed to enrich to 3.6%. It cast its entire uranium stockpile in a form that could not be further enriched. It halted building a heavy-water reactor at Arak and bricked it in. It accepted regular inspections by the International Atomic Energy Agency of the UN. No country under regular IAEA inspections has ever developed an atomic bomb.

In short, the 2015 nuclear deal worked perfectly for 4 years. It made sure that Iran was not in a position to make an atom bomb as long as Tehran adhered to its terms. And if Iran ceased observing the provisions of the treaty, everyone would know it immediately.

It only failed on the economic side. The Republicans in Congress refused to allow Obama to lift US sanctions, which threaten third parties. European companies, fearing the US Treasury Department, refused to invest in Iran. So the country never really got the sanctions relief it was promised. It was taken for a ride.

Once Trump abruptly destroyed the JCPOA, and began waging war on the Iranian economy, even halting the export of Iranian petroleum, Iran felt released from its obligations. It started ramping up new and better centrifuges beyond the 6K limit. It began enriching to the level of High Enriched Uranium, getting even to 60%, which is unprecedented for that country. The IAEA faced restrictions on its inspections and found suspicious uranium signatures at sites where they shouldn’t have been. Iran is much closer to having the capability to get a bomb, if it ever decided to take that step, than it ever was before. Ripping up the JCPOA freed Iran to do whatever it wanted, despite the US war on the Iranian economy, which mainly hurt ordinary Iranians, not the ayatollahs.

So it is completely illogical to charge that having Iran in the JCPOA gives it an opportunity to develop nuclear weapons.

Why would anyone say a crazy thing like that?

Neither the Israeli Right wing nor the American Right wing can possibly believe the nonsense they spew on Iran. So they must have an ulterior motive.

One thing the Right wing hates about the JCPOA is the prospect that Iran would be released from trade restrictions and would garner riches from this trade and investment. Iran would become an important trading partner of some European countries. A wealthier and more connected Iran would have more diplomatic influence and be taken more seriously in geopolitics. It could emerge as a genuine rival to Israel in these areas.

Iran emphasizes Palestinian rights and opposes the Israeli Occupation of the Palestinians, and if it were more influential, the standard Israeli narrative, that Palestinians must be deprived of basic human rights because they are inherently violent and dangerous, would begin losing its purchase.

A richer Iran could also be a more generous patron to its client militias in Iraq and Lebanon, both of which Israel sees as a dire threat.

Finally, both the American Right wing and the Israeli Right Wing want Iran’s government to be overthrown and replaced by a pro=Western puppet. In other words, they want to rerun the 1953 CIA coup, which deposed populist prime minister Mohammad Mosaddegh and reinstalled the exiled shah, Mohammad Reza Pahlevi. That regime change was reversed 25 years later by the Islamic Revolution, which was driven in part by resentment at the US and Britain for imposing a hated dictatorship on the Iranian people.

Some people, however, never learn any lessons, and so are dreaming again of a 1953.

So these considerations lie behind the laughable assertions by the Right wing about the Iran nuclear deal. They are maximalists. They don’t actually care so much about Iran’s civilian nuclear enrichment program. They want to roll back and undo the Islamic Revolution and carry out a regime change operation. Short of that, they want to keep Iran under massive sanctions and bleed its economy, which might cause popular unrest and allow a regime change operation. They surely know that the JCPOA worked. They didn’t want it to. They want the whole ball of wax.