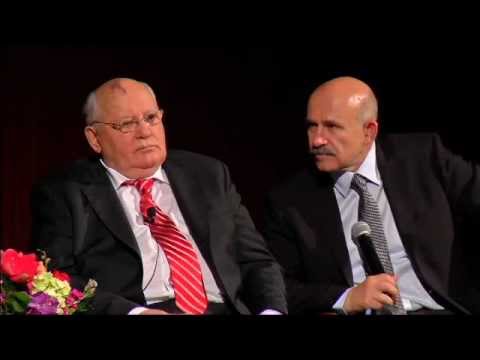 Ann Arbor (Informed Comment) – Mikhail Gorbachev’s passing yesterday at age 91 is a good occasion to review some of the profound mistakes of the Ronald Reagan and George H.W. Bush presidencies regarding Afghanistan. Reagan-era officials refused to believe that Premier Gorbachev actually intended to pull Soviet troops out of Afghanistan, though Gorbachev came into office in 1985 with that objective and told everybody about it.

As Svetlana Savranskaya and Thomas Blanton note in their National Security Archive Electronic Briefing Book No. 272, the acting director of the Central Intelligence Agency at that time, Bob Gates, in 1987 quoted a saying attributed to the Chinese about the Soviets, that “What the bear has eaten, he never spits out.” Gates later apologized for this glib and inaccurate assessment.

Because Washington refused to believe that the Soviets really wanted out of their quagmire, US officials in the Reagan era managed to get Stinger shoulder-held anti-aircraft weapons into the hands of the Mujahidin, enabling them to shoot down Soviet helicopter gunships. Since the US sent money through the Pakistani Inter-Services Intelligence (ISI), and the latter favored the most hard line Muslim fundamentalists, the armaments and money the US sent to Afghanistan prepared the way for the Taliban takeover in the 1990s. Of the seven major Mujahidin groups, several were tribally-based and relatively secular-minded, but those groups were stiffed by the ISI.

The Stingers were not supplied until 1986, a year after Gorbachev started letting people know he intended to withdraw. So they just weren’t necessary. Milt Bearden, the CIA station chief in Islamabad, insisted that the stingers were the reason the Soviets left Afghanistan, but that simply isn’t true. Gorbachev had made that decisionn in 1985.

Savranskaya and Blanton curated some key documents on all this at George Washington University’s National Security Archives.

At a meeting on 14 March 1985 at the Kremlin with Soviet puppet leader in Afghanistan Babrak Karmal, a lifelong Communist from the Tajik ethnic group, Gorbachev said,

“However, while speaking about the positive shifts in the DRA [Democratic Republic of Afghanistan], at the same time we have to note, from the standpoint of Marxist-Leninist analysis and from the standpoint of realism, that your party still has to do a lot of work to solve its main task—-to ensure the genuinely irreversible character of the revolutionary process in Afghanistan. To a considerable extent, it has to do with being able to defend revolutionary gains. Of course you remember Lenin’s thought that one criterion of survival for any revolution is its ability to defend itself. You, comrade Karmal, naturally, understand, as other members of the Afghan leadership obviously do, that Soviet troops cannot stay in Afghanistan forever.”

(Emphasis mine). Not only were the Soviets leaving, but V. I. Lenin was ordering them to do so from the grave! Gorbachev gently suggested that Babrak’s class base was too small and he needed to enlarge it. He meant by this remark that the revolutionary socialist cadre organizations of the Parcham and Khalq were tiny and that Karmal could not hope to govern unless he formed a government of national unity. Gorbachev seems to have been pushing the Afghanistan Communist Party toward a strategy something like that of the First United Front in China in the 1920s, when individual communists allied with the Guomindang. (Alas, that alliance did not end well for the Communists).

At the subsequent Politburo meeting of October 17th, 1985, according to the diary of attendee Anatoly Chernyaev,

“I was at the Politburo today. There was a historical statement about Afghanistan. Gorbachev has finally made up his mind to put an end to it. [Gorbachev] outlined his talk with Karmal. He, Gorbachev said, was dumbfounded, in no way expected such a turn, was sure that we needed Afghanistan more that he did, and was clearly expecting that we will be there for a long time, if not forever. That is why I had to express myself with the utmost clarity: by the summer of 1986 you will have to learn how to defend your revolution yourselves. We will help you for the time being, though not with soldiers but with aviation, artillery, equipment. If you want to survive you have to broaden the regime’s social base, forget about socialism, share real power with the people who have real authority, including the leaders of bands and organizations that are now hostile towards you. Restore Islam to its rights, [restore] the people’s customs, lean on the traditional authorities, find a way to make the people see what they are getting from the revolution. And turn the army into an army, stop with the Parchamist and Khalqist scuffle, raise the salaries of officers, mullahs, etc.”

Here we find that Gorbachev had set a deadline for the Soviet withdrawal of 1986, and that he was frustrated by the faction-fighting between the mostly Tajik Parcham wing of the Communist Party and the mostly Pushtun Khalq wing.

Gorbachev read out some of the large number of letters the Kremlin had been receiving from grief-stricken mothers of the over 13,000 Soviet troops killed fighting in AFghanistan. Then he said, ““With or without Karmal we will follow this line firmly, which must in a minimally short amount of time lead to our withdrawal from Afghanistan.”

At the Politburo Session on 26 June, 1986, Gorbachev noted that Najib Ullah had succeeded Karmal. Najib was from the bigger Pushtun ethnic group and was prepared to widen his support in a way Karmal, a hard line Tajik Communist, probably could not. Gorbachev noted that two Soviet brigades had already been withdrawn, but that the US was playing spoiler in Afghanistan and trying to prevent a cross-faction alliance.

The increasing desperation of tone is notable. Gorbachev abruptly says, “Maybe we should invite Najib to Moscow? In short, we have to get out of there.” (Emphasis in the original.)

Reagan just could not believe Soviet assurances of these plans. He was enamored of the idea of “roll-back,” of actively defeating Communism, and saw the struggle as a zero-sum game.

You have to wonder what would have happened if Reagan and his people had taken Gorbachev at his word in 1985 and had been willing to cooperate in order to achieve an orderly Soviet withdrawal. Instead, they spent the next three years continuing to build up the hard line fundamentalist militias, and giving them powerful and sophisticated weapons and training. Although Bearden insists that the US did not directly train or fund al-Qaeda, the Arab volunteers who fought alongside the Mujahidin imbibed all the lessons CIA trainers gave the Afghan fighters about forming secret cells and planning out the bombing of buildings.

Gorbachev pulled the last Soviet tanks out of Afghanistan in February, 1989. Twelve years later al-Qaeda took down the Twin Towers, and the US went on to fight its own 20-year, fruitless war in Afghanistan.

Bear or eagle, they always in the end spit out what they tried to eat of Kabul.