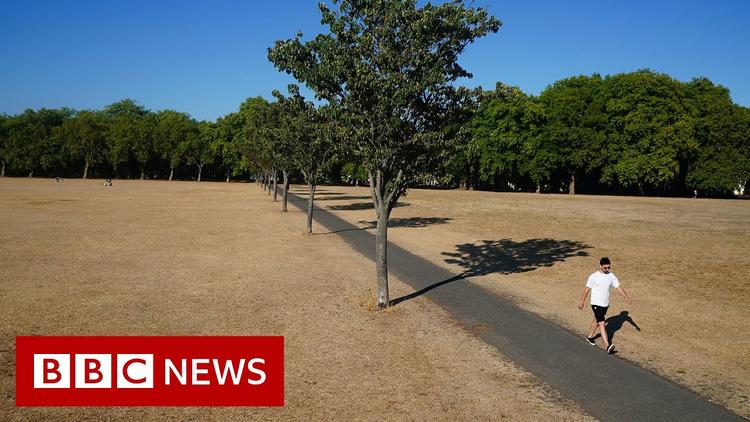 (The Conversation) – Along the River Elbe, in Germany and the Czech Republic, is a series of rocks that are submerged in all but the lowest water conditions. The locals call them “hunger stones” because they are warnings: if the stone is visible, then famine will follow. Carvings on the stones record droughts back to the 15th century, and one has text translating to “If you can see me, weep”.

As Europe faces what may be its worst drought in 500 years, these stones are appearing once again. Famine is not inevitable in the modern era, but this drought has arrived amid an energy crisis, and the lack of water threatens to make the energy shortage worse.

Water levels on Europe’s cargo-carrying rivers have been diminishing for much of the summer and are still low today. Barges have been carrying reduced loads so that they don’t sit so deep in the water.

Parts of the Rhine were effectively closed to traffic for a period, as shipping companies decided that there was not enough water to operate safely or economically. That was a concern for supply chains in general, but one result was that some German power stations were cut off from supplies of coal. Thanks to some rainfall, river traffic has resumed for now, but capacities are still reduced.

France, meanwhile, is not a country that worries about coal supplies – most of its electricity is nuclear. But nuclear plants need cooling water, and French rivers have been at historically low flow rates and – thanks to this summer’s heatwave – high temperatures.

Some French power stations have had to reduce their output to comply with environmental regulations that limit how much they can heat the rivers. Combined with a lot of maintenance shutdowns this year, this has led the country most famous for embracing nuclear power to temporarily become an energy importer.

Norway is another nation that is traditionally energy-independent. The electrical grid there runs almost entirely off hydroelectricity, and there is usually surplus power to export. But without rainfall there is less hydro power available, and with their reservoirs at unseasonably low levels the Norwegian authorities are considering restricting electricity exports to protect their domestic supply.

None of these problems affect the UK directly: it doesn’t use inland waterways for cargo, its nuclear plants are on the coast and cooled with seawater, and it only has a small amount of hydro. But the knock-on effects will be felt there in two ways.

Firstly, the continental shortages push up the prices of gas and imported electricity still further, which has a knock-on effect on the wholesale price of energy in Britain.

Secondly, it may affect security of supply this winter. Britain is used to being able to import over 6 GW of electricity by cables from France, Norway, Belgium and the Netherlands (there are also links to Ireland, which are not relevant here). These interconnectors can deliver about 12% of Britain’s peak winter demand, although Britain doesn’t normally use that much.

Article continues after bonus IC video
From a month ago: “Drought officially declared in parts of England during UK heatwave – BBC News”

However, Norway has already announced that it may choose to store its limited water in reservoirs rather than turning it into electricity and exporting it, and as the EU prepares to act on energy prices we may find that its member nations follow suit in prioritising domestic use of their resources.

Some analysts warn that France may not be in a position to export this winter even if it wanted to. All of this means that the energy that Britain can usually import from the continent may simply be unavailable this year, increasing the risk of shortages if the weather is especially bad.

Most of this would still be happening without this summer’s drought, of course – it is far from being the biggest cause of the energy crisis. But every unit of gas that is burned now to replace Norwegian hydro, or German coal, or French nuclear power is a unit of gas that cannot be stored for the winter ahead.

This summer has demonstrated the interconnectedness of the systems that we take for granted. It’s sometimes referred to as the “energy-water nexus”, the idea that energy supplies depend on water, and water supplies depend on energy, and that developing more of one usually requires more of the other. As we move away from large fossil fuel power plants towards renewables like wind and solar, we will probably reduce the need for water.

But, as we develop hydrogen technologies for storing energy, we may increase it again. After all, making that hydrogen takes two ingredients: electricity and water. Perhaps, in the 2040s, we will hear in the news about a lack of hydrogen reserves due to a European drought.

An earlier version of this article first appeared on the author’s blog.