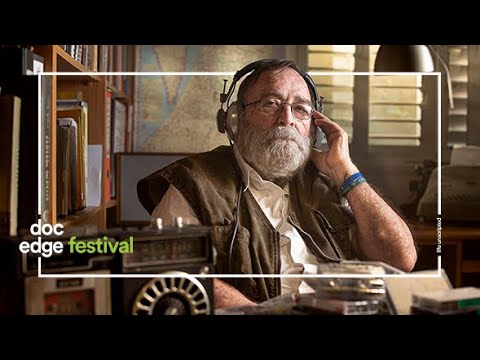 (The Conversation) – A new documentary, released earlier this year, is shining light on a violent and controversial episode in Israeli and Palestinian history.

Tantura tells the story of the Palestinian village and the immediate events following its capturing in 1948. It has reopened the wound of the Palestinian Nakba (Catastrophe) while sparking debate surrounding Israel’s role in the ongoing collective trauma of Palestinians.

The film begins with the story of Israeli researcher Teddy Katz. In 1998, Katz submitted his master’s thesis at Haifa University. It focused on an alleged massacre that soldiers of the Israeli Alexandroni Brigade carried out at the Palestinian seaside village of Tantura during the 1948 war.

Relying mostly on oral history, Katz interviewed dozens of soldiers who had participated in the operation, as well as Palestinian survivors. Based on his findings, Katz concluded that in capturing Tantura, Israeli soldiers committed war crimes, such as the killing of unarmed individuals, rape and looting. The thesis received high praise from Israeli critical scholars such as Ilan Pappe. Two years later, the thesis was picked up by an Israeli newspaper that published a story on Katz and the massacre.

But Katz’s thesis was not universally acclaimed or accepted. Following its publication, Alexandroni veterans sued Katz for libel. Moreover, Haifa University formed a special committee to re-examine Katz’s work. The committee found methodological errors that raised questions concerning the thesis. At the end of a swift trial, the sides agreed to compromise. Katz would recant and, in return, the charges would be dropped. Katz wrote a letter of apology and his work was disqualified and taken off Israeli library shelves.

Twenty two years later, director Alon Schwarz visited Katz, who by then had experienced several strokes, to hear his story. Katz offered Schwarz full access to his recordings, which are used as the point of departure for the second narrative of the film: the investigation of the events that took place in Tantura on May 23, 1948.

In addition to the recordings, Schwarz interviewed several veterans and Palestinian inhabitants who are now in their 90s. Schwarz confronts his interviewees with the recordings and documents their reactions and stories. Most of them do not agree to talk about the events or contest Katz’s thesis. However, perhaps because of their age or the passage of time, several veterans broke their silence. Some confessed to the killings while others describe the atrocities they witnessed.

In doing so, they undermined one of Israel’s widespread collective myths about the superior moral standards of the Israeli military and society.

Like many documentaries that touch on difficult histories, Tantura is made from a melange of professional history, public debate and memories that are weaved together by cinematographic tools.

As such, it cannot give a concrete answer to what happened in Tantura. However, what is perhaps more important than the film itself is the debate it has sparked. Since its release, Tantura has garnered many public responses from historians and non-historians alike.

It has also led to discussions in academic circles about what happened in Tantura and the role of historians as figures of authority concerning the past.

The Tantura dispute has raised questions about the influence of ideological orientation on the production of historical knowledge. For example, the renowned 1948 war historian Benny Morris, who investigates the origins of the Palestinian refugee problem, rejects the idea that a massacre took place in Tantura given the absence of a reliable textual source that can directly point to such an event. Morris, who in recent years shifted his worldview while gravitating towards right-wing politics, dismisses oral history as a reliable historical source while sanctifying the archive.

On the other hand, left-leaning historians like Adam Raz, who also appears in the film, treat oral testimonies as a legitimate historical source. This clash goes beyond the Tantura debate and raises questions concerning the role of ideology and politics in interpreting the past.

The relevancy of Tantura today

Debates surrounding Tantura also raise questions around the role of non-historians in shaping historical narratives and memories of the past. These include journalists and state officials, as well as documentarians. Their interventions have a great effect on public opinion and how collective memory is formed.

The participation of historians and other cultural agents in this public debate transgresses the Israeli taboo surrounding the Palestinian Nakba. A taboo that is in fact embedded in Israeli law. Legislation like the Nakba Law reduces state funds from institutions that commemorate the Nakba. This same taboo is also responsible for Israel’s refusal to release archival material that might describe atrocities committed by Israel during the 1948 war. This is done by using a legislative loophole that bypasses the state’s legal obligation to release these materials.

Ultimately, the Israeli Nakba taboo exists because of the moral implications this history would have for the ongoing Israeli-Palestinian conflict; particularly Israel’s occupation of the West Bank and blockade of the Gaza Strip.

For Israel and Israelis, dealing with the Nakba means acknowledging the country’s violent regime and policy toward the Palestinians. It means recognizing the devastating results of trying to control a people using military rule. As difficult as it is, Israel will eventually have to reconcile with its dark past.