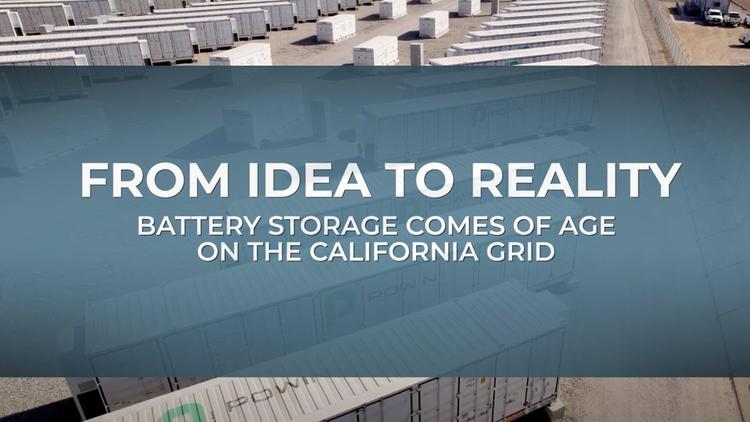 Ann Arbor (Informed Comment) – In August 2020, California consumers suffered through a severe heat wave, responding by blasting their air conditioners. California had put in so much solar that by then that 34% of the state’s power came from wind and solar, and another 13.9% came from hydro. Nuclear still provided around 10% of the state’s electricity. All in all, nearly 60% of California’s grid was fueled by low-carbon sources. It was a remarkable achievement but it was not enough.

Because of the prominence of solar power, California over-produces electricity in the mid-afternoon when the sun is strong, but sees a sharp decline in the evening as the sun dims and then sets. And it was at exactly that time of weakened sunlight that commuters arrived home, turned up the air conditioner, and turned on the electric stove to cook dinner. You had a big surge of use just when less power was being generated. Ordinarily, this mismatch was not a crisis. The state depended on fossil gas peaker plants for a surge in electricity production in the late afternoon and evening. It usually works, but it is a carbon apocalypse, extremely carbon intensive.

Our climate emergency has caused unusual heat waves in the West in recent years. Such a heat wave struck that August two years ago. Even with the gas peaker plants, the grid could not deal with the late-afternoon and evening energy crunch under such extreme conditions, and there were rolling electricity blackouts. Since you can’t run your air conditioner with no electricity, a lot of consumers ended up baking in the heat.

Because Big Carbon is so desperate to go own polluting and wrecking the planet in order to make a buck, their flacks tried to blame solar and wind for the black outs. But renewables didn’t cause the outages, and in fact they would have been much worse if California had not built out this capacity. There was that mismatch problem, though.

California’s government swore it would prevent any recurrence of the blackout problem, and turned to giant batteries as the solution. California’s batteries can now generate 3.36 gigawatts of electrical power. In 2020 the battery capacity was measured in megawatts, so this capacity has been ramped up amazingly in a short amount of time.

Mike Ferry of UC San Diego’s Center for Energy Research argues in the LA Times that this new battery capacity saved the state from blackouts during the heat wave of late August and the first half of September, which has now broken.

The below is a really good mini-documentary on Cali batteries, by the way:

The climate emergency is a triple threat. It has created a once in 500-year megadrought in the US West that has lasted for over 20 years, which is now impeding the generation of hydroelectric power. Along with more dryness, which reduces electricity generation, it is producing increased temperatures. So it is reducing hydroelectric power while causing people to use vastly more electricity to cool off during unusual heat waves.

Between the mismatch of the rhythm of solar power generation with commuter use of electricity and the reduction in hydroelectric capacity, California faced a power crunch as temperatures climbed above 100 degrees F. California is a sunny and warm state, but it isn’t usual sweltering that way.

During the recent heat wave,California state government officials were afraid there would indeed be a new round of electricity blackouts, repeating the pattern of 2020. They pleaded with consumers to set their thermostats up and to avoid using so much electricity. The consumers complied, with a remarkable civic spirit. But that husbanding of resources would not have been enough to avoid blackouts.

Ferry explains that “The batteries that saved California are big — industrial big. Individual units weigh tens of thousands of pounds, and entire systems can be larger than a football field. Many are installed at utility-scale solar fields, while “standalone” systems are strategically located throughout the state. These are not small add-ons to our electricity grid — they play the role of major power plants.”

Solar plus battery plus wind is the winning formula. It has been successfully deployed in the state of South Australia, which has enormous amounts of rooftop solar and a 100 megawatt Tesla megabattery, and sometimes produces more than 100 percent of its electricity from solar.

With enough battery capacity, California could retire its fossil gas and nuclear plants, and become less reliant on unreliable hydro — and go completely to wind and solar generation, especially now that the Biden administration is promoting offshore wind.

Governor Gavin Newsom last month presented a new and even more ambitious energy plan to the legislature, which aims at more ambitious carbon reduction achievements by 2030. California is also expected to be a major beneficiary of the green energy incentives in the Inflation Reduction Act.