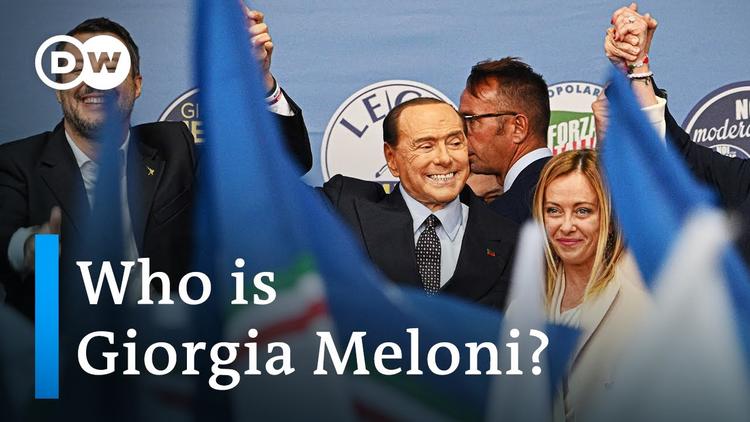 ( Middle East Monitor ) – Israelis are watching political developments in Europe with interest, particularly in Sweden and Italy, amid fears that the Jewish communities there may soon face problems. Italy, for example, is expected to have a right-wing government involving Georgia Meloni’s Brothers of Italy party and Matteo Salvini’s party, the League (formerly the Northern League). Israelis consider this to be problematic because of their previous links to the extreme right and neo-fascists. However, even the list of centre-left candidates for the Democratic Party included figures who publicly expressed anti-Semitic and anti-Israel positions.

Israel’s concern over the outcome of the elections requires the government to establish common interests and closer relations with the various parties. It is true that the latter are generally supportive of Israel in certain aspects, but not as a whole. There is also anti-Semitism in Italy, including Holocaust denial.

A real challenge facing the Israeli project for colonizing the West Bank is posed by the left. The Italian left encourages the Boycott, Divestment and Sanctions (BDS) movement and pro-Palestinian positions. More seriously for Israel, is that all such positions pass quietly without an official response. There has to be a question mark over how and to what extent the incoming Italian government will fight against anti-Semitism and anti-Israel positions.

There is a fear in Israel that a right-wing Italian government will take anti-Israel positions at the UN, and oppose anti-BDS legislation. The number of openly anti-Israel Italian MPs across all parties may increase, putting doubts in Israeli minds about how far the allies of Israel in Rome will go to defend Israel, especially against BDS campaigns.

Although support for BDS in Italy is relatively low compared with other countries, the problem of anti-Semitism still exists. This has prompted the Jewish community to agree with the Italian Ministry of Education to teach about anti-Semitism in schools. An agreement has also been reached with the Roman Catholic Church to review all textbooks and remove everything related to religious and political anti-Semitism. Zionists believe that any anti-Israel activism is de facto anti-Semitism, but such conflation of the two is disputed.

In Sweden, meanwhile, the far-right has also swept to power after many years of left-wing government. This constitutes another challenge and opportunity for Israel to renew and strengthen its relations with the government in Stockholm.

Sweden is generally not friendly towards Israel; successive left-leaning governments probably explain why. The past eight years of a Social Democrat government had a negative record in terms of Sweden’s attitude towards Israel state, especially under former Prime Minister Stefan Lofven and Foreign Minister Margot Wallstrom. The Social Democratic Party has an influential pro-Palestinian lobby.

Before the latest election in Sweden, especially under Prime Minister Magdalena Andersson, relations with Israel improved, but that was a little late. Now the right-wing parties show a more positive attitude towards Israel. They tend to sympathise with Israel as an extension of the West in a hostile Islamic region. They stood with Sweden’s Jewish community in the face of an increase in anti-Semitic violence.

It is worth noting the position of Israeli Prime Minister Yair Lapid towards the right-wing populist Sweden Democrats. His Foreign Ministry has supported the boycott of the party on the basis that Israel, officially at least, does not give legitimacy to parties with a neo-Nazi heritage. Such a policy will not serve Israel in its relations with Sweden over the next four years, as the Sweden Democrats will be the most influential party. Paradoxically given such a heritage, the party is a supporter of the Zionist state. Israel may not have the luxury of giving up its contact with the Swedish far-right, despite its Nazi heritage, because it is now a political majority.

Relations between Israel and Sweden have stumbled from crisis to crisis, with Israel accusing the left-wing government in Stockholm of being one of the most hostile in Europe, and behind many EU initiatives to condemn Israel at every opportunity. Former Foreign Minister Wallstrom has always waved a “red card” towards Tel Aviv, as Israel puts it, which prompted Israeli leaders to refuse to meet her.

Today, Israelis are cautiously optimistic about the right-wing victory in Sweden, claiming that this will mean a change in foreign policy towards Israel. The belief is that most of these parties are more pro-Israel, although they do not support Jews; oppose the recognition of an independent State of Palestine; and call for tighter control over financial aid for the Palestinians.

Dr Adnan Abu Amer is the head of the Political Science Department at the University of the Ummah in Gaza. He is a part-time researcher at a number of Palestinian and Arab research centers and he periodically writes for Al Jazeera, the New Arabic and the Monitor. He has written more than 20 books on the Arab-Israeli conflict, the Palestinian resistance and Hamas.