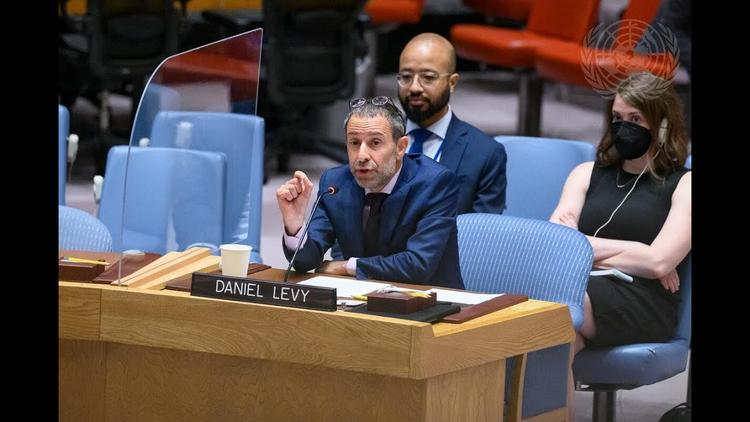 ( Middle East Monitor ) – In his anticipated speech at the United Nations General Assembly on 23 September, Palestinian leader Mahmoud Abbas is expected to, once more, make a passionate plea for the recognition of Palestine as a full member.

Abbas’ ‘landmark speech’ would not be the first time that the President of the Palestinian Authority has lobbied for such a status. In September 2011, the PA’s quest for full recognition was stymied by the Barack Obama Administration, forcing Palestinians to opt for the next best option, a ‘symbolic’ victory at the General Assembly the following year. In November 2012, UNGA Resolution 67/19 granted the State of Palestine a non-member observer status.

In some ways, the Resolution proved to be, indeed, symbolic, as it altered nothing on the ground. To the contrary, the Israeli occupation has worsened since then, a convoluted system of apartheid deepened and, in the absence of any political horizon, Israel’s illegal Jewish settlements expanded like never before. Moreover, much of the occupied Palestinian West Bank is being actively annexed to Israel, a process that initiated a slow but systematic campaign of expulsion, which is felt from occupied East Jerusalem to Masafer Yatta in the South Hebron hills.

Proponents of Abbas’ diplomacy, however, cite such facts as the admission of Palestine into over 100 international treaties, organisations and conventions. The Palestinian strategy seems to be predicated on achieving full sovereignty status at the UN, so that Israel will then be recognised as an occupier, not merely of Palestinian ‘territories’ but of an actual State. Israel and its allies in Washington and other Western capitals understand this well, thus their constant mobilisation against Palestinian efforts. Considering the dozens of times Washington has used its veto power at the UN Security Council to shield Israel, the use of veto is also likely, should Palestinians return to the UNSC with their full-membership application.

Abbas’ international diplomacy, however, seems to lack a national component. The 87-year-old Palestinian leader is hardly popular with his own people. Among the reasons that resulted in his lack of support, aside from the endemic corruption, is the PA’s continued ‘security coordination’ with the very Israeli occupation that Abbas rages against in his annual UN speeches. These ‘coordinations’, which are generously funded by Washington, translate into the daily arrest of anti-occupation Palestinian activists and political dissidents. Even when the Donald Trump Administration decided to cut off all aid, including humanitarian assistance to Palestinians in 2018, the $60 million allocated to funding the PA’s security coordination with Israel remained untouched.

Such a major contradiction has taught Palestinians to lower their expectations regarding their leader’s promises of full independence, albeit symbolic.

But the contradictions did not start with Abbas and the PA, and certainly do not end with them. Palestine’s relationship with the world’s largest international institution is marred by contradictions.

Though the Balfour Declaration of November 1917 remains the main historical frame of reference to the colonisation of Palestine by the Zionist movement, United Nations Resolution 181 was equally, and to some extent, even more important.

The Balfour Declaration’s significance stems from the fact that colonial Britain – which was later granted a ‘Mandate’ over Palestine by the League of Nations, the predecessor of today’s UN – has made the first officially written commitment to the Zionist movement to grant them Palestine.

“His Majesty’s Government view with favour the establishment in Palestine of a national home for the Jewish people,” the text read, in part. This quest, or ‘promise’, as known by many, would have culminated to nothing tangible, if it were not for the fact that the Zionist movement’s other colonial, western allies successfully managed to turn it into a reality.

It took exactly 30 years for the Zionist quest to translate the pledge of Britain’s Foreign Secretary at the time, Arthur James Balfour, into a reality. UN Resolution 181 of November 1947 is the political basis upon which Israel existed. Though the current boundaries of the State of Israel by far exceed the space allocated to it by the UN’s partition plan, the Resolution nonetheless is often used to provide a legal foundation for Israel’s existence, while chastising the Arabs for refusing to accept what they rightly perceived then to be an unjust deal.

Since then, the Palestinians continue to struggle in their relationship with the United Nations, a relationship that is governed by numerous contradictions.

In 1947, the United Nations “was largely a club of European countries, English white-settler states and Latin American countries ruled by colonial Spanish-descendant elites,” former UN Special Rapporteur on the situation of human rights in Palestine, Michael Lynk, wrote in a recent article regarding the partition of historic Palestine.

Though the geographic and demographic makeup of the UN has vastly changed since then, real power continues to be concentrated in the hands of the former western colonial regimes which, aside from the US, include Britain and France. These three countries represent the majority of the UNSC permanent members. Their political, military and other forms of support for Israel remain as strong as ever. Until the power distribution at the UN reflects the true democratic wishes of the world’s population, Palestinians are deemed to remain at a disadvantage at the UNSC. Even Abbas’ fiery speeches will not alter this.

In his memoir, referenced in Lynk’s article, former British diplomat, Brian Urquhart, ‘who helped launch the UN’, wrote that “the partition of Palestine was the first major decision of the fledgling United Nations, its first major crisis and, quite arguably, its first major misstep”.

But will the UN’s current power paradigm allow it to finally correct this historic ‘misstep’ by providing Palestinians with the long-delayed justice and freedom? Not quite yet, but global geopolitical changes underway might present an opening which, if navigated correctly, could serve as a source of hope that there are alternatives to western bias, US vetoes and Israel’s historic intransigence.