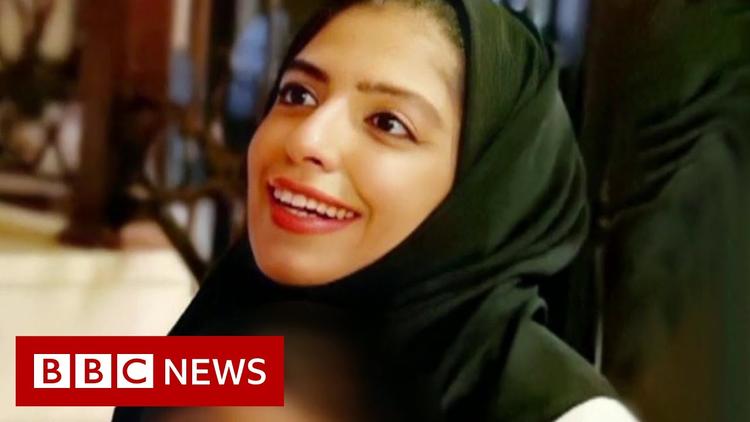 Your Majesty, Your Royal Highnesses, Your Excellency:

We write to you on behalf of the Committee on Academic Freedom of the Middle East Studies Association of North America (MESA) to protest in the strongest possible terms the 34-year sentence handed to Salma al-Shehab, a PhD student at the University of Leeds in the United Kingdom. We believe that the conviction of Ms. al-Shehab and the reasons given for the cumulative total of her sentence – which was increased from an initial six years after Ms. al-Shehab appealed – are wholly disproportionate to the actions she has been accused of and are incongruous with the vision of change your government claims to advance.

MESA was founded in 1966 to support scholarship and teaching on the Middle East and North Africa. The preeminent organization in the field, the Association publishes the International Journal of Middle East Studies and has nearly 2700 members worldwide. MESA is committed to ensuring academic freedom and freedom of expression, both within the region and in connection with the study of the region in North America and elsewhere.

Salma al-Shehab was in the final year of her doctoral studies in the School of Medicine at the University of Leeds, conducting research into new techniques in dentistry and their application in Saudi Arabia, when she returned home in December 2020 over the holiday season. In January 2021, al-Shehab, the mother of two young children aged six and four, was detained by authorities in the Kingdom and held for 285 days in solitary confinement, in violation of international standards and of your country’s own Law of Criminal Procedures. Ms. al-Shehab was denied access to legal representation during her lengthy pre-trial detention, including while undergoing interrogation.

When her case was brought before the Specialized Criminal Court, Ms. al-Shehab was charged with ‘supporting those who seek to disrupt public order, destabilize the security of society and the stability of the state’ under various articles of the Counter-Terrorism Law and the Anti-Cyber Crime Law. Ms. al-Shehab was sentenced initially to a term of six years’ imprisonment, which she appealed. However, a state prosecutor told the appeals court that her sentence ‘was minor in view of her crimes’ and called for it to be increased ‘in light of her support for those who are trying to cause disorder and destabilize society, as shown by her following and retweeting accounts.’ On 9 August 2022, the appeals court drastically increased Ms. al-Shehab’s sentence from six to 34 years, with an additional 34-year travel ban, after it found that the original sentence failed to achieve ‘restraint and deterrence.’

Analysis of court records by Human Rights Watch indicates that the draconian sentence imposed on Ms. al-Shehab related entirely to her peaceful (and lawful) use of social media. Ms. al-Shehab told the court that she retweeted posts — including calls for the release of Loujain al-Hathloul — to her 2000 followers ‘out of curiosity and to observe others’ viewpoints.’ However, according to court records, her 34-year sentence consisted of eight years (under the counterterrorism law) for ‘supporting those who incite terrorism,’ 10 years for ‘providing support to those who seek to disrupt the public order,’ including ‘by following and retweeting,’ five years for ‘creating an online account to commit any of the acts outlawed by the counterterrorism law,’ and five years for ‘broadcasting false and malicious rumors.’ In addition, Ms. al-Shehab received a one-year sentence (under the anti-cyber crime law) for ‘creating an online presence that disrupts public order,’ as well as an additional five-year discretionary sentence imposed by the presiding judge.

Your Majesty, Your Royal Highnesses, Your Excellency, the peaceful use of social media, including Twitter, is not a crime, still less an act of terrorism. Saudi Arabia has one of the highest rates of Twitter usage in the world, and the Kingdom Holding Company has been one of Twitter’s largest long-term shareholders. On 9 August 2022, the same day that Ms. al-Shehab’s sentence was increased to 34 years, a federal jury in California convicted a former Twitter employee of acting as an undeclared foreign agent and monitoring, accessing, and passing the private information of Twitter users to Saudi officials. While the California case was unrelated to Ms. al-Shehab’s sentencing, we feel it is indicative of your government’s desire to police, surveil, and control legitimate social media activity. In this regard, we take note of reports that Ms. al-Shehab was targeted in November 2020 – two months before her detention – by another social media user who used a crime monitoring app, Kollona Amn, to report a tweet by Ms. al-Shehab that criticized a government Twitter post about a public transportation contract. Kollona Amn is a Saudi-developed app that describes itself on Google Play as ‘a utility that enables all citizens and residents in Saudi Arabia to play the role of a police officer.’

We call on Saudi Arabia to immediately release Ms. al-Shehab from detention and rescind the travel ban so that she may return to the United Kingdom to continue and complete her studies. In addition, we urge your government to end its targeting of social media users. We register our further dismay at reports that another young woman, Nourah al-Qahtani, has received an even longer sentence of 45 years after being convicted, again under the counterterrorism law, of ‘using the internet to tear social fabric’ and ‘violate public order’ in Saudi Arabia.

Your Majesty, Your Royal Highnesses, Your Excellency, your government has invested heavily in Vision 2030 and in promoting Saudi youth as the generation of change in your country, but such sentences are woefully inconsistent with everything you claim to be trying to achieve. We urge your government to take immediate measures to end the targeting and criminalization of peaceful expressions of opinion.