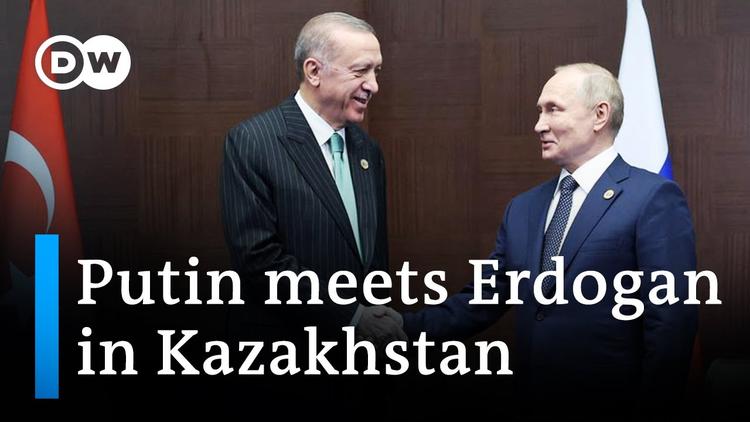 ( Middle East Monitor ) – To produce energy takes ages, but setting up new diplomatic ties, changes day by day. Even 24 hours are too many to follow all these changes in the 21st Century’s energy wars. Literally, we have seen this in 2020 during the energy price war between Mohammed Bin Salman and Vladimir Putin, as Russia-Saudi Arabia squabbled over oil strategy during the pandemic.

Today, after Europe announced the sanctions against Ukraine, Putin offered to export more gas via Turkiye and turn the country into a regional supply hub for Russian gas exports to European countries. It is an apparent move to solidify Moscow’s hold over European energy markets.

First, it will probably take around two years to build a new gas pipeline. Even if this pipeline is completed, the region covering the EU member states should invest in the transmission infrastructure that will carry this new natural gas from the south-east.

If the EU wanted to comply with Russia’s post-war supply conditions, or if Russia sincerely wanted to supply natural gas to the EU, it could theoretically buy natural gas through the existing NS1 and NS2, and there is no need for an additional huge investment.

Due to the geography of Turkiye, there are no countries in the east where natural gas can be exported; there is no pipeline direction other than the EU direction where the additional natural gas that will come to Turkiye will go.

However, if this pipeline is built politically, even if an LNG liquefaction plant or blue/green hydrogen production facility is established in the Mediterranean, and exports are tried for the gas that cannot go to the EU when the natural gas comes to Turkiye, the future of the possible projects will not be bright in the near term, due to many other factors and will require additional time for investments.

In the meantime, the sale and supply of the basic components of the pipeline and/or LNG export facility to be built will probably be subject to sanctions and, if sanctions are imposed on the companies that will work on the construction of the line, the completion of the project will take a long time compared to a normal project.

To sum up, as it was smartly explained about two years ago by CNBC journalist Patti Domm, the energy war seen during the pandemic time, the war was against the United States, actually. This energy war is also Russia’s first against the US. Moreover, Europe, Turkiye, and Ukraine are all actors, but the main actors of this war are the US and Russia. Therefore, before chanting or criticising this new pipeline offer, the other three actors should, especially, evaluate the pros and cons of the new gas route.