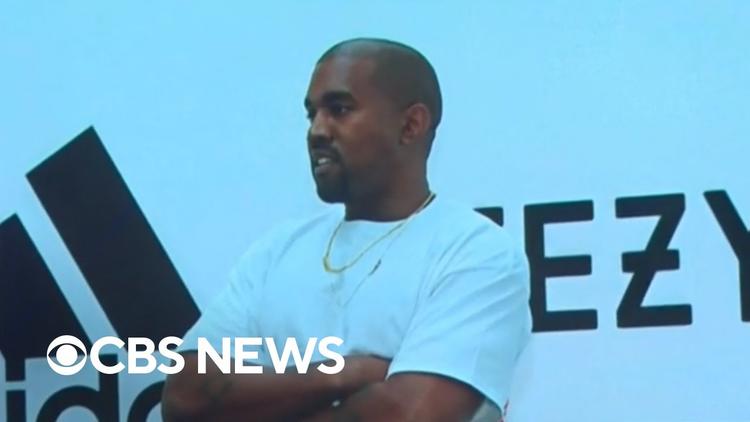 Oakland, Ca. (Special to Informed Comment) – Kanye West, who now goes by just “Ye,” has transformed himself from a global rap and fashion icon, into a useful idiot for Donald Trump and the MAGA movement. What he did not realize is that rich, powerful white men like Trump are routinely forgiven their racism by the corporate media, but African-Americans are not cut the same slack. As a result of Ye’s race-baiting, the Yeezy brand is burnt toast. He officially lost his Forbes billionaire status when Adidas and many other sponsors dropped him this week, at a cost of $1.5B. But don’t worry, he’s still got $400M to live on.

When Ye said, “I’m going death con 3 on JEWISH PEOPLE,” he issued a threat that thrilled the Proud Boys, 3%’ers and other hate groups. He addressed Jews in the aggregate, saying, “You guys have toyed with me and tried to blackball anyone whoever opposes your agenda.” His diction implies that Jews are some sort of all-powerful monolith with a common agenda. You couldn’t tell it by me. I once tried to organize a Jewish conspiracy, but we couldn’t agree on anything!

Why is this important? Because this sort of irrational hatred of Jews and the accusation that they were colluding in a conspiracy to dominate others prompted a millennium of pogroms in Europe, followed by the rise of Hitler and murder of 6 million Jews (along with, on equally racist grounds, 6 million Poles, half a million Romani, and tens of thousands of other vulnerable people). The scourge of antisemitism was given new life by Ye’s mentor, Trump. When the Charlottesville Nazis chanted “Jews will not replace us,” Trump called them “very fine people.” He cultivated white nationalists such as the Oath Keepers, known for their racism and antisemitism. Anti-Semitic hate crimes have increased dramatically, and it is likely that Trump is at least partly to blame. Now, a Black mega-celebrity has piled on.

The recent scorecard of the damage Ye has done to himself includes suspensions from Twitter and Instagram, and lost sponsorships from Gap, Balanciaga, Peleton, Apple and Vogue, among others. He was also dropped from the very roster of celebrity properties that he founded by Creative Artists Agency (CAA), and has been blackballed by other talent booking agencies. Popular athletes such as LA Rams Aaron Donald and the Boston Celtics Jalen Brown quit his Donda Sports agency, after signing with him in May. Yet he is unrepentant.

Ye has also allowed himself to be used by white racists. He wore “White Lives Matter” shirt at the Paris Fashion Week events in early October, eliciting widespread condemnation from music and fashion industry leaders. While consistent with his open support for Trump, the dissonance of a Black man promoting white supremacy does not compute outside of the MAGA world.

Unsurprisingly, he has become fodder for Fox News and other right-wing nuts, who are always looking for a Black person to parrot their line and offer “cover” in the Black community. He has been honored by White nationalists on Infowars. The Daily Stormer, a Nazi website has defended him as have right-wing hate portals Telegram and Gab.

Juan Williams described Ye and Georgia senatorial candidate Herschel Walker as, “useful distractions from Trump’s record of racism by entertaining Trump’s followers as Black faces who insult and mock other Black people.” In the Washington Post, columnist Karen Attiah called out Trump’s exploitation of West and Walker saying, “Especially in our MAGA era, anti-Blackness and misogyny are profitable in America, especially if you’re a rich and famous man of any color.”

Some Black people are disturbed that Ye lost his Adidas sponsorship for his gross anti-Semitic expressions, but not for his support for Donald Trump, and his self-loathing expressions towards Black people. Point well taken. Maybe Adidas is of the mindset that it’s OK to trash your own people, but not other minorities. Adidas said it “does not tolerate antisemitism and any other sort of hate speech,” while calling his comments “unacceptable, hateful and dangerous.” That was a mere 10 days after he declared, “I can say anti-Semitic things, and Adidas can’t drop me. Now what?” But this is more complex than the usual garden variety Schadenfreude.

Ye continues to have his defenders. Conservatives are always anxious to embrace Black people they find “safe” so they can claim they’re not racist. It is by now a hackneyed form of tokenism. Ye is complicit, since he exudes a form of self-loathing, as Chess Master Bobby Fisher did towards Jews and Judaism. Fisher was the only real “self-hating Jew” I knew of. Ye declaring Black Lives Matter to be a scam was his own Bobby Fisher moment. In 2018, Ye said that Black people are at fault for allowing slavery to persist for 400 years, as if they had a say in the matter. When he said, “Slavery was a choice,” it’s clear he doesn’t get whose choice it was.