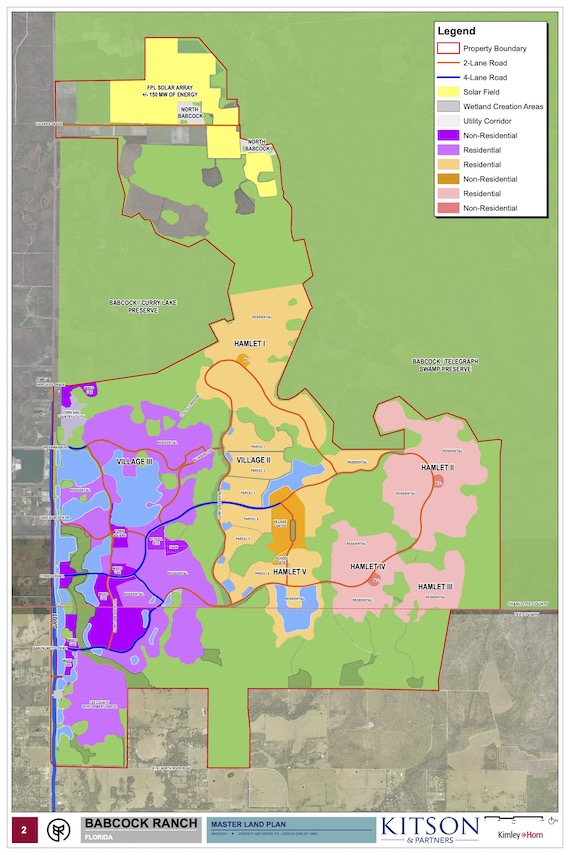 Ann Arbor (Informed Comment) – Babcock Ranch, Florida, in the southwest of the state, was planned in 2005 as a 17,000 acre community. It had as goals conservation and sustainability. The town was built to withstand the hurricanes that sweep over Florida with ever more frequency and fierceness. And, lo and behold, it was able to survive Hurricane Ian. Resident John Garuti, a local vlogger, observed, “There’s minimal damage here.” He added, “Underground utilities definitely made a world of difference.” He said he was grateful that “We didn’t lose electricity once.”

The increased storm intensity seen in Ian comes from our burning of coal, gasoline and fossil gas, putting billions of tons of heat-trapping carbon dioxide into the atmosphere every year, which in turn is heating up the oceans. Hot ocean surface water fuels hurricanes and increased evaporation and the ability of hotter air to carry water vapor increases precipitation and the risk of flooding.

Not only were the grounds designed to facilitate run-off of flood waters but the energy plant for the town is 650,000 solar panels, installed and run by Florida Power and Light, plus ten large gray steel battery storage units with a one-megawatt capacity that keep the electricity running even during cloudy days or at night. There are two solar farms, each with a 75 megawatt capacity, for 150 MW total. The two solar farms and the storage units ensure that Babcock Ranch produces more electricity than the community needs for its 2,000 homes. The electricity and internet wires are buried, running underground.

Babcock Ranch’s electricity wasn’t cut off during the massive, nearly Hurricane 5 level storm that swept over the town. The solar panels remained secure, and the storage units’ electricity generation sufficed to keep the lights on until the sun came back out. The town was not a helpless captive to the state electricity grid, which was knocked offline. They had their two solar farms and their ten battery storage units.

The town was built to minimize risk of damage and disruption during hurricanes. All homes have impact glass windows or storm shutters to prevent the storms from blowing out the windows. The founders of the town deliberately built far enough from the coast to be immune to the storm surges that tropical storms create. Ian caused surges of 8 to 15 feet, which swept over some of the barrier islands and into downtown Ft. Myers.

So that they don’t go airborne in winds that can reach well over 100 miles an hour, the town bolts down everything from park benches to trash and recycling containers.

Rachel Ramirez at CNN broke the story, I think, of the degree to which, despite being directly in the path of the monstrous Ian, Babcock Ranch was virtually unfazed. She says some tiles were torn off roofs and some trees were uprooted, but there was minimal damage and everyone had electricity, water and internet — something that was not true for much of the surrounding region.

There seems to be a consensus on builders’ and engineering sites that giving a home a concrete frame and raising it above potential flood waters and storm surges are important steps in hurricane-proofing. Steel clips can be used to secure the roof. Wood frame houses are a bad idea in hurricane zones. Tile, brick, metal, and stone are resistant to water damage, as is concrete (but it is right now very high-carbon).

As Ms. Ramirez’s interviewees stressed, Babcock Ranch’s ability to survive Hurricane Ian was a real-life demonstration project that this sort of resiliency can be achieved. It will be increasingly needed as the storms build in strength and as the waters that feed them grow hotter. We can stop this heating of the oceans and the storms they turbocharge by quickly transitioning away from coal, fossil gas and petroleum as fuels.