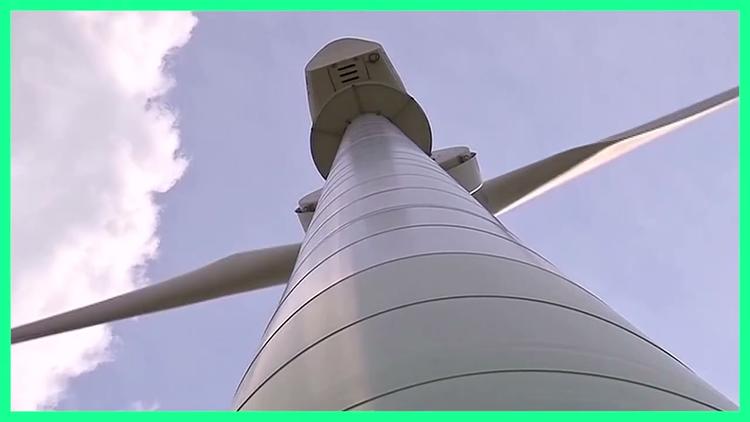 ( Clean Energy Wire ) – German energy group LEAG, the country’s second biggest electricity producer and a key lignite company, plans to build the country’s largest renewable energy site in the eastern Lusatia coal mining region with the establishment of a 7 gigawatt (GW) hub by 2030. LEAG estimates investments of more than 10 billion euros to set up the “GigawattFactory”.

“The GigawattFactory combines innovative storage solutions, green hydrogen and future-proof power plants and makes environmentally friendly energy available as a secure service – this is a whole new quality in energy supply,” said LEAG CEO Thorsten Kramer, presenting the plan at the East German Energy Forum in Leipzig. “This will make us a pioneer in the safe energy transition.” The project will also be a powerful job engine for eastern Germany and help make energy affordable again, Kramer added.

Photovoltaic and wind power turbines will also be installed in LEAG’s former mining sites. The 7 GW hub will be able to supply four million households with green energy, said the company.

Article continues after bonus IC video
Reuters: “Germany aims to get 100% of energy from renewable sources by 2035”

LEAG said the plans are not only driving its own transformation towards low-emission generation, but also bringing the necessary green energy boost to the energy transition. “Germany is in the middle of the worst energy crisis in its history,” Kramer said. “Gas and electricity prices are putting massive pressure on citizens and companies. We need security of supply with sustainable, affordable energy that is independent of imports – the GigawattFactory offers all of this.”

LEAG’s former opencast mining areas, totaling around 33,000 hectares, are ideal for renewable energy development and pose comparatively low levels of conflict with nature conservation, people and the environment, the company said. “In terms of their size, they offer a unique opportunity in Germany for the highly efficient use of wind and photovoltaics. And they can be connected directly to the German and European high-voltage grid.”

According to a new report by the Institute for Ecological Economic Research (IÖW) and the Brandenburg Technical University Cottbus-Senftenberg (BTU), the energy transition can bring numerous jobs and tax revenues to Lusatia. However, municipalities, citizens and regional companies must be more involved in the expansion of renewable energies so that they can share in the profits of plant operation, the report said.