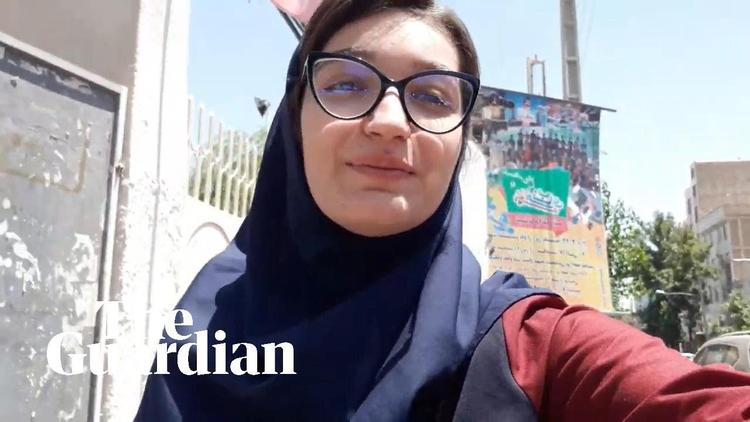 Hiroshima (Special to Informed Comment) — In 1975, when I was 16, my father’s work took our family to Turkey. It was hard parting. I was then in my junior year at Tehran’s famed Jewish high-school where, despite being a Muslim, I had thrived and made lasting friendships. Turkey in those days was struggling through severe economic woes, and riots were frequent. I recall my parents’ Turkish friends talking with envy of Iran’s good fortunes and oil bonanza. Little did we know that in a few short years that bonanza would prove itself to have been more of a curse.

After finishing high school in Turkey I left for university in Europe. It was a given though that after graduation I would return home, to be a part of the new Iran, where everything was possible for a studious young person — yes, even a girl — like myself. Barely three decades since the humiliations heaped on it by the Soviet Union, the United Kingdom and the United States when they occupied the country during WW II and its aftermath, Iran of the late 60’s and early 70’s was finding its place in the world, an ancient civilization in the midst of a dizzying modernization. Despite ever stronger headwinds, under the rule of the ambitious, autocratic and yet in some ways progressive Shah, the country’s economic trajectory was still upward. And we, the young women of the middle kingdom, were part of that future.

Then the 1979 Islamic Revolution happened.

Analysts still ponder the why and how of an uprising that toppled the Middle East’s most powerful military and a ruler who, despite many flaws, had brought much tangible economic benefits to the country and social rights to its people — especially women and minorities. Even more confounding was the reigns of power being taken by Ayatollah Khomeini — a brooding, unrelenting theologian and long-time opponent in exile, who hailed in a harsh version of Islamic rule internally, and declared ‘exporting the revolution’ as the regime’s primary goal, externally.

One was my role model Dr. Farrokhroo Parsa, a female physician and women’s rights activist who — 54 years before Mahsa Amini was arrested and beaten to death by the regime’s ‘morality police’ for a few strands of hair— had become minister of education, a first in Iranian history. Dr. Parsa was arrested by the revolutionaries, convicted by a sham tribunal and executed by firing squad.

In the decades since, the Islamic Republic has continued to destroy the lives of thousands of Iranians, men and women alike. Judges and lawyers, writers, artists and journalists, students, scientists and academics, environmentalists and entrepreneurs, even moderate religious leaders — all harassed and threatened, put under house arrest and exiled, thrown into the notorious Evin Prison, or killed. Thousands of the best-educated have fled, entailing one of the largest brain-drains in the country’s history.

What can the Iranians of the diaspora — four to five million of us — free in our adopted lands and watching helplessly as our bare-handed brothers and sisters in Iran are beaten and shot at with live bullets by the regime’s brutal and well-funded security apparatus, do to help?

First, we can continue reminding the world that Iran — a rich, multi-ethnic, multi-religious and ancient civilization, a country three times the size of France — deserves better than this. We must remind that Iran has the resources — material, natural, human — to rebuild not just itself, but help bring stability to the Middle East. We must be more vocal, in outlining how transformative it could be if the mollahs’ regime, today subservient only to its own survival, were instead replaced by a government devoted to the well-being of Iranians and to peace in the region — rather than to silencing the citizenry and fomenting chaos elsewhere.

Especially we must counter nay-sayers who keep repeating — and the current regime amplifying for its own benefit — that there is no alternative to the status quo, no leadership that can fill the void and lead the dissent, that Iran can only be kept together by the mollahs, otherwise it risks becoming another Iraq or Afghanistan, or hijacked by groups even more extremist than the one in power.

This argument is made over and over again, but it is not true.

The United Nations as a trusted arbiter, could take a leading role in a peaceful transition for Iran. Under a two-year transitional government overseen by the UN, Iran could prepare for free and fair elections to chose its future, with all parties allowed to participate unconditionally. Iran has many able, reform-minded leaders: they are like those fighting on the streets of Iran’s cities. They include the human rights lawyer Nasrin Sotoudeh, languishing in prison. They include the Nobel Prize winner Shirin Ebadi, the journalist Masih Alinejad and the academic Abbas Milani, in exile. They are like the football legend Ali Karimi, threatened. They are like the reformist cleric Mehdi Karroubi, under house arrest. As Reza Pahlavi, a prominent member of the opposition movement Iran Revival and son of the former Shah, tirelessly repeats, all of these men and women can and will rally, to help rebuild the country.

A recurring slogan on the streets of Iran these days has been calling the regime bisharaf — ‘without honor’ in Persian. A majority of Iranians has now determined that a regime that abuses and kills its women and crushes the aspirations of its youth so brutally, has no honor left. As the uncle of Mahsa Amini said simply of the current rulers ‘They know nothing about Islam, nor humanity’.

It is time to stop the killing, and to help Iranians change course. Many of us in the diaspora, too, are at service, to contribute. We know a different Iran is possible, we have glimpsed it, and long to celebrate in it the Persian new year Nowruz — the victory of light over darkness. In Iran, New Year’s day is celebrated on the vernal equinox, as winter recedes, and is called Nowruz (literally “New Day”). Yes, there is a hope, kept alive in millions of Iranian hearts around the world for more than 43 years: next Nowruz, in Iran.

This article is written in the author’s personal capacity.

Nassrine Azimi co-founded and currently coordinates the Green Legacy Hiroshima Initiative (a global campaign to disseminate and plant worldwide seeds and saplings of trees that survived the 1945 atomic bombing of Hiroshima). At the United Nations Institute for Training and Research (UNITAR) Azimi established the Hiroshima Office for Asia and the Pacific in 2003, and was its first director until 2009. Prior to her work in Hiroshima she had been UNITAR’s coordinator of environmental training programs, deputy to the executive director, and chief of the Institute’s New York Office, which she reopened in 1996 and directed for five years. She is currently a senior advisor at the Institute. Azimi has published extensively on UN peacekeeping and peace-building, post-conflict reconstruction, environmental and cultural governance, and Asia. She is the author of ‘Last Boat to Yokohama’ and ‘The United States and Cultural Heritage Protection in Japan, 1945-1952’ and teaches international peace and security at Doshisha Women’s College of Liberal Arts.