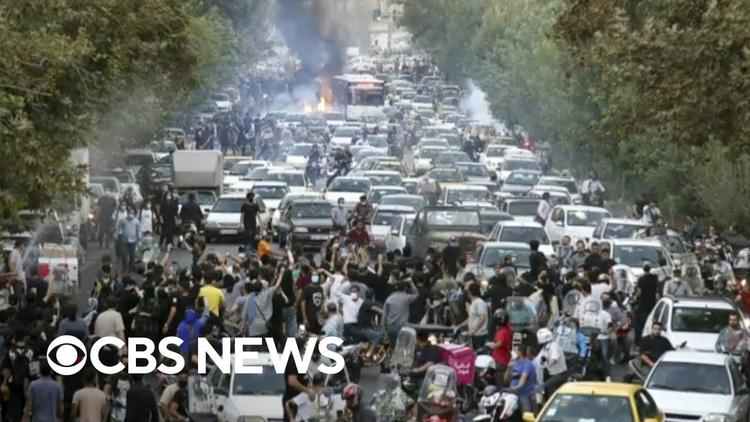 The “Women, Life, Freedom” movement that has taken hold in Iran in recent weeks is not new. Young Iranian women have been involved in small but consistent evolutionary actions during the entire 44 years of the Islamic Republic of Iran, particularly in the past two decades.

The initial movement goes back to the Iranian Revolution of 1979, the year radical Islamic groups took power. Street protests, the so-called “evolution toward revolution”, have accelerated since 2017.

In all these movements, women have been courageous and bold. Key demonstrations include:

Young Iranian women position themselves as agents of social change. They are not, as they are often represented outside Iran, powerless victims. They have always been at the forefront of breaking down social boundaries and taboos.

They have been fighting to enhance their social status through education and career development.

They believe in evolution (small yet strong and consistent change), rather than sudden revolution (temporary and unsustainable change). The idea is that incremental change can lead to another unsuccessful revolution, such as in 1979.

In our research, we spoke to 391 women aged 18-35 from Shiraz, one of the biggest cities in Iran. We found that their evolutionary actions can be captured by key themes: they may seem ordinary, but they represent what young Iranian women are fighting for. They are not looking for something extraordinary. They only want to exercise some level of control over their basic rights.

They have used the creation of multiple identities as a coping strategy to be accepted by their society in different stages of their lives, from childhood to university, marriage and working life. As one young woman in our research observed:

My fake identity has been the dominant identity and I have not had a chance to be the real me.

Social media have increased social, cultural and political awareness among the young generation, and this appears to be increasing the gap between younger and older generations of the country. One woman told us:

Although satellite TV and some of the social networks [such as Facebook] are banned in Iran, young generations try to have access, using different anti-filters.

3. Creating a unique style of dressing. Research has found that most young Iranians are against mandatory hijab. It is not a cultural issue in Iran, but rather a very restrictive and radical Islamic law, which is one of the key foundations of the Islamic Republic of Iran.

The regime assumes that if the rules around mandatory hijab break down, other pillars of the Islamic Republic will be in danger. So protests against hijab – as we are seeing in Iran – challenge the legitimacy of the regime.

Young Iranian women have a high level of education and awareness, respecting different cultures, beliefs, religions and dress codes. They only want to have freedom of choice. As one woman told us: “Islamic leaders want us to hide our beauty.”

A recent study found the majority of Iranians (58%) did not believe in the practice of wearing hijab. Only 23% agreed with the compulsory hijab, which is respected by the rest of the population: people do not want hijab abolished, they just want freedom of choice.

4. Creating hidden leisure opportunities. Young Iranian women try to create more opportunities to express the enjoyable yet hidden parts of their life. As one woman said:

We prefer to stay at home and have our gatherings and parties in private places, as we find indoor activities more interesting because we don’t have the limitations of dressing, drinking, female-male interactions.

Young Iranian women use different strategies to keep their relationships. One specific example is the creation of “white marriage” – where a man and a woman live together without passing the Islamic process of marriage in Iran.

In many of these movements, Iranian women also find support from men (despite the general perception), particularly in the young generations, who equate a push for gender equality and women’s rights with a more democratic society.

They know that fighting for gender equality is everyone’s job, to enhance awareness and bring about change. There can be no democracy without first respecting women’s rights and restoring their dignity and freedom.