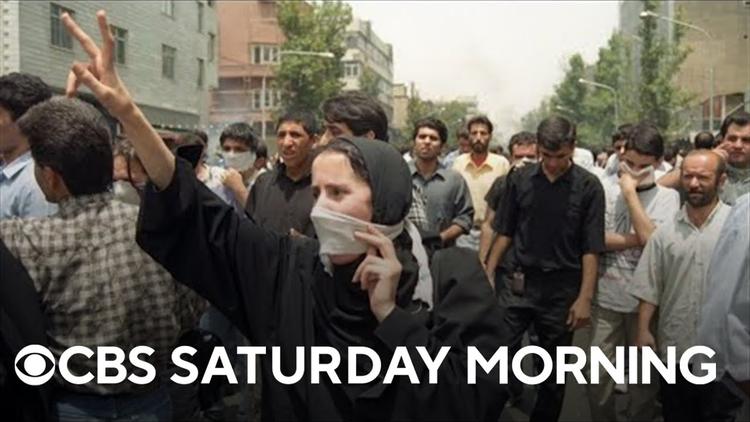 Ann Arbor (Informed Comment) – Al Jazeera reports that President Ebrahim Raisi met Saturday with the Speaker of Parliament, Mohammad Bagher Ghalibaf, and with the Chief Justice, Gholam-Hossein Mohseni-Eje’i, about the wave of demonstrations that entered its third week this weekend. The heads of all three branches of civil government called on the police to put an end to the “chaos” and “rioting.” In other words, they wanted an extreme show of force.

There have already been extreme shows of force, committed by Iranian security forces in Zahedan and elswhere. Amnesty International estimates that over 50 people, at least, have been killed by Iranian security forces since the demonstrations began. On what is being called Black Friday, on the last day of September Iranian police and military appear to have done heavy damage to the city of Zahedan in Iranian Baluchistan. The Iranian state maintains that violent separatist elements killed a member of the Basij paramilitary. Baluch are Sunni Muslims and have thrown up guerrilla groups to take on the Shiite, Iranian state. However, it is also possible that the Baluch of Zahedan were simply joining in a nationwide protest movement, and that suspicions of separatism led the paramilitary volunteers of the Basij to over-react. On Saturday, Zahedan’s merchants were on strike, having closed up their shops, according to Iran international The education head for the province of Sistan and Baluchistan announced that schools in the major cities would be closed for security reasons.

The rallies and demonstrations continued on Saturday. Tehran, Tabriz, Rasht and Shiraz, among other major cities. People chanted slogans such as “We are all Mahsa,” though some called for radical changes in the way Iran is governed.

At the historic “Bazaar” or commercial district of Tehran, dissidents chanted that they would be picked off one by one if people did not unite, according to Al Jazeera. This chant may have been a plea for the disgruntled commercial classes in the old covered market to join in the protests. It was the Bazaar that largely funded Ayatollah Ruhollah Khomeini’s revolution in 1978-1979. College campuses continued to strike and to hold rallies, with the police arresting dozens of students, including at a square near Tehran University.

Other demonstrations were held in various parts of the capital. At Laleh Garden, a crowd demanded the release of political prisoners, according to Iran International. The same outlet said that a crowd at Ghaitariyeh Park demanded, “Death to the Dictator!” Several major avenues were blocked by demonstrators in Tehran, who set up barriers to make it difficult for the security forces’ armored vehicles to reach them. The police fired teargas at the crowds. At Vali `Asr street, people chanted “Death to Khamenei,” and a group of women tore off their veils and formed a human chain. In the Gholhak area the demonstrators chanted “No to the Islamic Republic!”

In Isfahan, 400 students rallied on the grounds of the cathedral mosque, decrying police brutality toward the demonstrators. They chanted “acerbic” slogans according to the Iranian press, and demanded freedom for women. They said that they would remain on strike from Isfahan University until their classmates, who had been arrested, were released from prison.

Shopkeepers closed up shop in some areas, as in the Shush neighborhood of South Tehran and in the Kurdish town of Divandarreh, joining in the protests at the death in custody of Mahsa Amini in mid-September, who had been charged with not dressing sufficiently modestly.