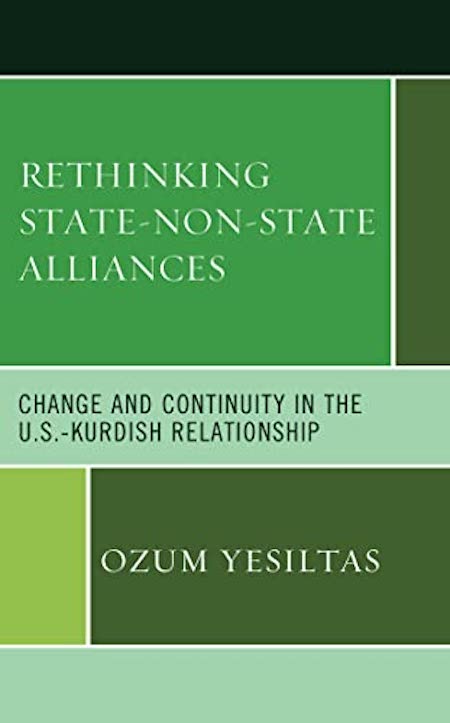 The Kurds of Syria and Iraq have been at the forefront of the fight against the so-called Islamic State in Iraq and Syria (ISIS). Their fight against the radical group brought them closer to the United States, which partnered with the Iraqi Kurdish peshmerga fighters and the Kurdish-led Syrian Democratic Forces (SDF) to counter ISIS. Even so, Kurdish-US relations have also seen recent tensions. Washington opposed the Kurdistan Regional Government’s (KRG) push for independence in northern Iraq on September 2017, arguing that the referendum would “hamper the fight against ISIS.”[1]

Meanwhile, relations between the SDF and the US were strained on October 2019, when then US president Donald Trump decided to withdraw US troops from northern Syria after Turkey attacked the area. Since 2015, the United States had played a key role in the region, as it “had acted more and more as an airforce for the SDF and had sent military advisors to the battlegrounds.”[2] Although Trump partially modified his initial orders for a complete pullback, the number of US troops was significantly reduced to 600 soldiers – the current number is estimated at around 900 soldiers.

Kurdish-US ties, although particularly prominent during the last decade, have a longer trajectory – especially the case of Iraqi Kurdistan. This pattern of relatively long-time relations is the focus of the book “Rethinking State-Non-State Alliances: Change and Continuity in the U.S.-Kurdish Relationship”. The author, Ozum Yesiltas, is an Associate Professor of Political Science at Texas A & M University-Commerce.

Yesiltas approaches Kurdish-US ties from a refreshing perspective. As she convincingly argues, analysts have too often missed half of the story by studying these ties only from Washington’s viewpoint. The facts are more complex, as “the Kurds not only react to U.S. policies in the Middle East but also capitalize on these policies to create new opportunities to widen their repertoire of collective action.”[3] The problem, as rightly identified by Yesiltas, is not circumscribed to Kurdish-US relations but representative of the still-dominant state-centric framework in political science. Such a paradigm tends to explain non-state entities “not as agents in their own right but in relation to the state as the point of reference.”[4]

Although this state-centrism has been increasingly challenged by explorations into new concepts such as ‘paradiplomacy’ – the conduction of international relations by sub-state entities such as cities or regional governments – or ‘rebel diplomacy’ – the participation of rebel groups in international diplomacy[5] – there is still a profound need for Yesiltas’ well-argued criticism. In accordance with her theoretical remarks, Yesiltas’ book studies the Kurds of Iraq and Syria as actors with agency. She is in a good position to do so after having conducted numerous interviews with officials from the KRG and the SDF. The lion’s share of the book concerns itself with the relationship between the United States and the Kurds of Iraq and Syria. This is understandable since the US has had far more limited direct contact with the Kurds of Turkey and – especially – Iran.

In the case of Iraq, Yesiltas explains the origins of Kurdish-US ties are to be found in the efforts of the Iraqi Kurdish leader Mustafa Barzani to obtain support from Washington for his fight against the Iraqi central state in the early 1960s. Although Barzani did not secure US support at that point, he would be more successful in the early 1970s, when Washington decided to back the Iraqi Kurds to weaken the pro-Soviet Baathist government in Baghdad. The US would later abandon Barzani’s Kurds when the US ally Mohamad Reza Pahlavi signed the 1975 Algiers Agreement and Iran-Iraq tensions partially receded. Barzani would regret having trusted the US until the end of his life in 1979.

The case of Syria is significantly different. Ties between Syria’s Kurds and the US only fully developed after the beginning of the Syrian Civil War in 2011 and the establishment of autonomous centers of power for the Kurds of Syria in the north of the country. As the author details, “when the uprising broke out in Syria in March 2011, Syrian Kurds were “off the radar” in both the U.S. foreign policy in the Middle East in general and the U.S.’ “unofficial” Kurdish policy in particular.”[6]

The general tendency in US-Kurdish relations has been for the Kurds to need US support more often than the other way around. Still, there have been exceptions to this rule. One of them, as mentioned above, was the fight against ISIS. A previous one is to be found in the aftermath of the US invasion of Iraq in 2003. Back then, remarks Yesiltas, Washington had a great necessity “to collaborate with the Kurds in post-Saddam Iraq to formulate a stable future government and craft the TAL” [the Transitional Administrative Law, Iraq’s provisional constitution following the 2003 Iraq War].[7]

The KRG was nevertheless soon disappointed by what they considered to be the US siding with Baghdad over Erbil in their territorial disputes. Central to the still-ongoing contestation was the status of the oil-rich region of Kirkuk, which remained uncertain due to the ambiguous language of the relevant Article 140 of the 2005 Iraqi Constitution.[8] A senior KRG official speaking to Yesiltas on condition of anonymity details that the Iraqi Kurdish government decided to proceed with the 2017 referendum despite US petitions to delay it because they had not seen any advances in the resolution of the territorial dispute nor any US backing of the KRG’s position.[9]

Rethinking State-Non-State Alliances: Change and Continuity in the U.S.-Kurdish Relationship presents a very necessary discussion on the importance of studying the foreign policy of non-state actors followed by an insight-filled and well-researched study of Kurdish-US ties from the viewpoint of the former. This notwithstanding, the reader is left with a significant “what-if” question. What if the theoretical section and the more empirical chapters had been analyzed in conjunction in the conclusions? One would expect to learn how the findings regarding Kurdish-US ties relate to the theoretical background, but the conclusions appear too short and open more questions than they close. Yesiltas’ work will still of be of great value to those interested in the Kurds’ interactions with the world, and more generally, to the students of non-state actors’ foreign policy, a growing camp of enquiry. The “what-if” question, however, remains, ever-present.