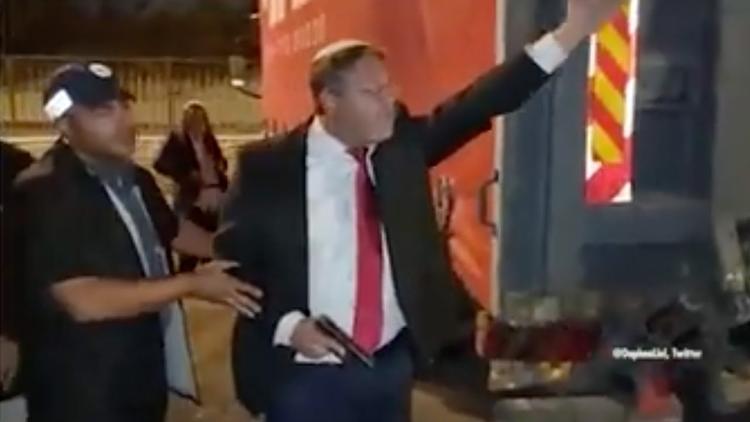 Ann Arbor (Informed Comment) – The Palestinian West Bank, which is militarily occupied by Israel and which is being steadily colonized by Israeli squatters on Palestinian-owned land, is a seething cauldron. Some sort of gag rule appears to deter American television “news” from covering these dramatic events, which are pregnant with sinister implications for American security. Veteran newsman Tom Fenton once argued that the poor coverage on television news of international events actually forms a security threat to the United States, a republic that depends for its smooth functioning on an informed public.

Far right Israeli politicians such as Binyamin Netanyahu and Naftali Bennett, the two most recent ex-prime ministers, have assiduously cultivated equally far right squatters in the Palestinian West Bank, giving them carte blanche to arm themselves and to terrorize Palestinian townspeople.

When you encourage fascism, you should not be surprised when you get the equivalent of Mussolini’s black shirts, or Trump’s Oath Keepers. So it should not come as a shock that militant Israeli squatters on Thursday rampaged through the Palestinian town of Huwara, near the city of Nablus, throwing rocks at cars and committing other vandalism, or that and when Israeli troops attempted to intervene the squatters pepper-sprayed them in the eyes. They got the battalion commander and three soldiers that way, two at a checkpoint.

Palestinians allege that Israeli troops show favoritism to the hard-line squatters and even join with them in attacking Palestinians, but in the instances where the troops do attempt to curb squatter violence, the latter turn on their boys in uniform without a second thought.

The Huwara attack was only the most recent in what has become an avalanche of squatter violence.

The Israeli newspaper Arab 48 reports that the Israeli security agencies themselves estimate that Israeli squatters have committed 100 terror attacks on Palestinians in the past 10 days.

Arab 48 approvingly quoted the coverage of the center-left newspaper, Haaretz, which pointed out that although the Israeli chief of staff, Aviv Kochavi, Prime Minister Yair Lapid, and Security Minister Benny Gantz all denounced the squatter attack on Israeli military personnel at Huwara, they had nothing to say about the carnage being constantly wrought by the squatters toward Palestinian townspeople. Moreover, it isn’t the case, the Israeli paper said, that the number of squatter troublemakers is small. It is large and rapidly growing.

One Israeli military spokesman accused the Israeli squatters of attempting to create the impression that the Israeli army has lost control of the situation in the Palestinian West Bank, as a way of scaring Israeli voters into backing the far right.

Haaretz, the report says, accused the Israeli security agency Shabak of preferring to take on young Palestinian militants who have increasingly launched attacks on Israelis from Nablus and Jenin in recent weeks. The optics of cracking down on the Israeli squatters who are attacking Palestinians are therefore not good inside Israel, and the security agencies have chosen the better part of valor.