Ann Arbor (Informed Comment) – The 2022 Living Planet report is out and it does not bring good news.

The researchers found a virtual extinction-level loss in Latin America, where the population abundance of wildlife species plummeted by 94%. That means that if there were 100,000 golden-eyed tree frogs in 1970, there are only 6,000 today. I’m just making up the absolute numbers, to give a concrete indication of the scale of the disaster.

Some of the problem is that humans have changed the climate, heating the earth up by spewing tens of billions of tons a year of heat-trapping gases like carbon dioxide into the atmosphere. Some of the problem comes from humans who hunt, trap, farm, and participate in urban growth, so that habitats have been destroyed and concreted over, or from industrial civilization, which has led many forests to be cut down, as with the Amazonian rain forest. The population of humans will probably level off by 2050 or so, but there is a danger that we will keep burning coal, fossil gas and petroleum in such large amounts past 2050 that the climate-related destruction of wildlife will accelerate.

The report followed 23,271 land-based birds, amphibians and mammals that are threatened by agriculture, hunting and trapping, logging, pollution, invasive species and climate change. In some parts of the world, some of these human activities are more damaging than others. They constructed a map of the threats to biodiversity:

Since the beginning of industrialization, we have made something like one or two percent of mammals, amphibians, reptiles, and fish extinct.

The 83% fall in the population of fresh water species is, like all the statistics in this report, Friday-the-13th scary. And every single one of us is playing the monster Jason Voorhees. The authors point out that fresh water lakes only make up 1% of the earth’s area, but one-third of all vertebrates live in them, and most human beings live near such a body of water. Living near them, we are flushing fertilizer and industrial chemicals into them. Michigan has 11,000 inland lakes, and I like to swim in some of them in the summer. But I have discovered that the state health authorities often flag the lakes as dangerous after a big storm. The storms wash all kinds of industrial and agricultural toxins into the lakes. Or there are “high bacterial counts” “from an unknown source.” This is, after all, Michigan. So I guess they are advising you to wait until the chemicals settle at the bottom, or the bacterial count goes back down. The whole thing doesn’t sound very healthy to me, and it has sort of put me off lake swimming. If the lakes aren’t fit for humans to swim in after a big storm, imagine what is being done to the frogs and fish and other creatures who live in these lakes.

And that isn’t even counting what the warming of the lake waters is doing to marine life, which is often adapted to a particular temperature range and can be endangered if that range changes rapidly. According to the Environmental Protection Agency, some North American lakes are as much as 4 degrees Fahrenheit warmer now than in the 1980s! 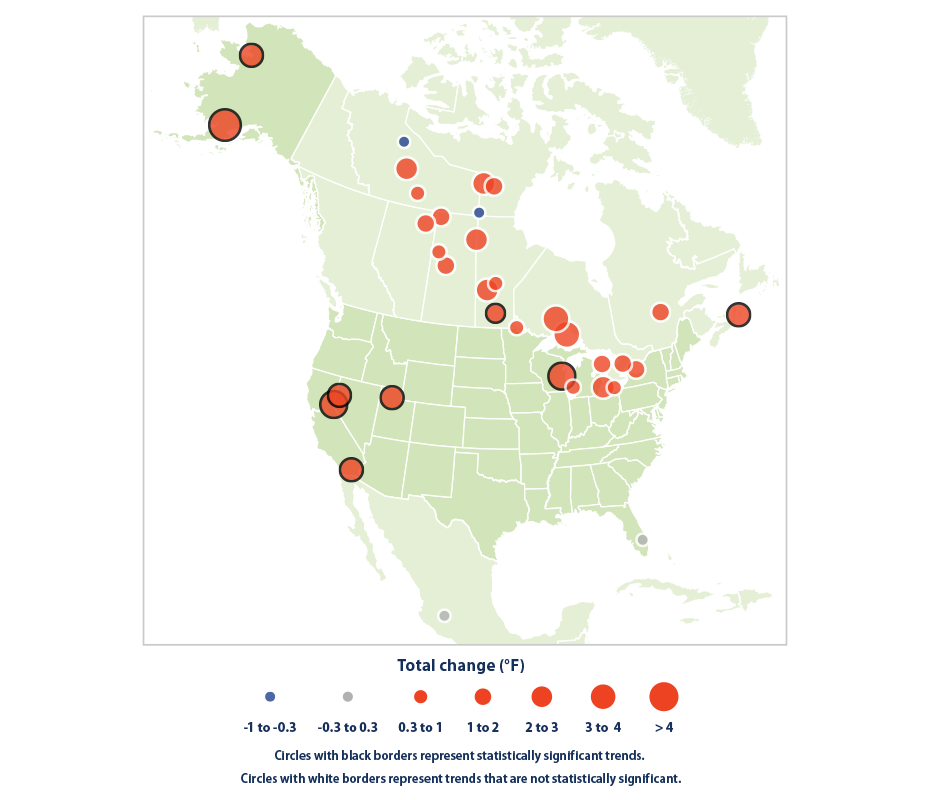 At this very moment one million plant and animal species are threatened with extinction. The loss of their habitats owing to climate change is the major threat to them.

Plant species are especially important in keeping the earth resilient in the face of rising carbon dioxide in the atmosphere. In the two decades of this century, forests have absorbed 18% of human-caused carbon dioxide emissions. Otherwise it would be even hotter and more dangerous than it already is. What this report is warning us about, though, is that we are destroying the forests. They say that every year we destroy 92,000 sq km worth of forest, an area about the size of Indiana or the country of Portugal.

Rain forests are especially efficient carbon sinks, taking carbon dioxide out of the atmosphere. Human carbon capture technology is a bust, but rain forests do it naturally. The chopping down or burning of rain forests by greedy human beings, and their transformation into cattle ranches or farms can go so far that it turns the remaining land into an emitter of carbon, erasing the carbon sink and actually adding to global heating. This process is proceeding rapidly in the Amazon rain forest, one of the bigger carbon sinks in the world, so that it will soon reach a tipping point where carbon emissions outweigh carbon absorption. Some scientists fear we may already have turned that corner. It is one of the stakes of Brazil’s upcoming presidential run-off.

These statistics are why scientists contend that we are living through the sixth major extinction event in earth’s history. The most deadly of these, the Permian-Triassic Extinction, polished off 90% of marine life and 70% of terrestrial life. It is called the Great Dying. So far we have killed off a lot of wildlife and marine life, but we haven’t killed off as many species as the volcanoes did back then. But we are not very far into the climate crisis yet, and things will get much, much worse before they get better. They will only stop getting worse if we stop putting carbon dioxide into our only atmosphere.