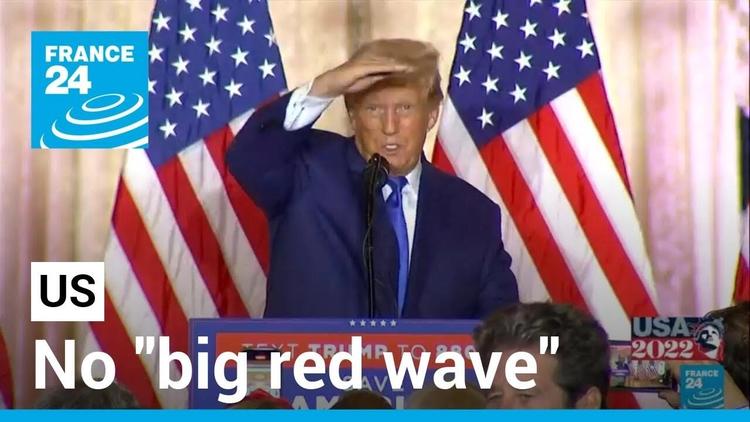 Ann Arbor (Informed Comment) – The Trump era brought to the fore in the Republican Party an assortment of Nazi militiamen, internet trolls masquerading as public servants, and celebrity grifters looking for a big payout from politics. Most of the Clown Car Trumpies went down to ignominious defeat in Tuesday’s elections.

Former South Carolina governor Nikki Haley, still trying out for the presidential primaries in her party for 2024, appears not to have received the message. In a speech supporting Hershel Walker for senate in Georgia, Haley called for Sen. Raphael Warnock (D-GA) to be “deported.” Note: You can’t deport U.S. citizens, though some 19th century racists wanted to send all African Americans back to Africa. That she is tone deaf to the history of racist ethnic cleansing plans in the US, such that she would resort to that language, is scary.

Christian nationalist and QAnon conspiracy theorist Doug Mastriano, who is tied to far right paramilitary groups, lost his bid to become governor of Pennsylvania Rep. Lauren Boebert (R-CO) is locked in a down-to-the-wire contest to retain her seat after she urged the abolition of the separation of religion and state and posed her family with assault rifles on her Christmas card. Mehmet Oz, who pushed phony medical products on TV, lost a senatorial race in Pennsylvania. Trump-endorsed gubernatorial candidate for Michigan Tudor Dixon was defeated by liberal Democrat Gretchen Whitmer in a state that went for Trump in 2016. Dixon wanted to ban abortion under all circumstances, regardless of the health of the mother. Michiganders turned her out, and went on to pass a ballot initiative ensuring the legality of abortion in the state.

Some of the right-wing troll politicians attempted to titillate the public with their outlandish behavior and mean-spirited Tweets, attracting followers and donations as a result. Many of them, however, were punished by mainstream voters for their antics, in a year where the public was more worried about bread and butter issues and reproductive rights than about the diaphanous tissue of culture war lies promoted by the Clown Car.

Nikki Haley tried out Trump-style openly racist discourse in her remarks on Sen. Raphael Warnock. The moment covered her in ignominy. Southern Whites had routinely deported African-Americans for “rebellion” or crime in the late 1600s and through the 1700s. In the late 18th century, Patrick Henry would have liked to “transport” all freed African-Americans. In the 1790s, Ferdinando Fairfax, a favorite of George Washington and at one time the richest man in the United States, proposed deporting African-Americans back to Africa, according to early 20th-century historian H.N. Sherwood.

By speaking of “deporting” a natural-born American, Haley, herself the child of Indian immigrants, proposed something that is illegal. That the suggestion centered on a dynamic African-American evoked the old racist schemes of the early days of our Republic to remove or “transport” any African-American seen as a challenge to the white establishment.

Haley should be deeply ashamed of herself. Worse, she should expect to be punished by voters in the future, who have abruptly put their feet down about the Clown Car and said, “Enough!”