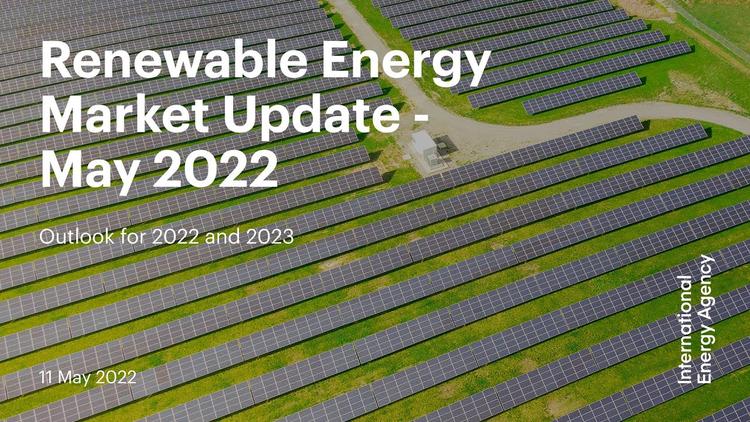 Ann Arbor (Informed Comment) – In the first half of 2022, there was no increase in the world’s use of fossil fuels, and all new electricity demand was met by renewables. The world is nearing a tipping point, estimated by the International Energy Agency to come in 2025, after which all new electricity demand will be consistently met by renewables as fossil fuels steadily decline. So reports Malgorzata Wiatros-Motyka of the UK-based Ember think tank. Ember was founded to end the use of coal, the most carbon-intensive of the fossil fuels.

This finding is highly significant. When you ask fossil fuel producers whether they are doomed, they express confidence that their products will still be needed in the future because there will be tremendous growth in demand for electricity around the world, a demand that they do not believe renewables can meet. Ember is saying that reality is slapping down that argument, and that even now new demand is being taken care of by wind, solar and hydro.

In other words, we could look back on 2022 as a significant turning point in world history.

That global demand for fossil fuels is on the verge of peaking and then rapidly declining may be behind the mysterious behavior of the oil companies, which are selling their lucrative California assets and withdrawing from the state. They foresee having to close those oil rigs down, and don’t want to get stuck with the cost of environmental clean-up if they are still the proprietors when the industry goes under.

It is thus great good news that fossil fuel consumption for electricity generation did not increase during the first half of this year, but keeping the level the same is not enough. We need, Ember says, to cut fossil fuel use in half by 2030 if we are to keep the extra global heating from climate change to under 1.5°C [2.7° F.]

Because of the Ukraine War and consequent global energy crisis, it had been expected that we might see a return to fossil fuels this year. The Ember report, surveying 90 countries, found instead that while some countries such as Germany and India increased their coal consumption, the US cut its by 7% in the first half of this year, and China cut its by 3%. Totaling it all up, Ember found a decline in coal use for the entire globe during those six months.

Internationally, electricity demand grew 3% (389 terawatt hours) in January-June 2022 compared to the same period the previous year. New wind, solar and hydro grew by 416 terawatt hours, handily meeting this increase and more. Wind and solar alone met 77% of it around the world.

A pattern emerged, such that the two biggest national economies in the world, the United States and China, were the most successful in generating vast amounts of new electricity with wind and solar. In China, nearly all (92%) of new electricity demand was met by wind and solar alone. China’s green surge is so enormous that this one country alone accounted for 37% of all new wind power in the world, and 38% of all new solar.

In the U.S., these two green sources met 81% of new power demand. India, which now has the fifth largest GDP in the world, just after Germany, was only able to meet 29% of new electricity demand with wind and solar.

In Europe, as well, wind and solar forged ahead, with wind increasing by 14% and solar by 25%.

Despite a temporary turn to coal in Europe and India because of the Ukraine crisis, globally coal use dropped by 1%, with the U.S. and China shedding this fuel. Fossil gas use also declined very slightly. Some countries turned to petroleum for power generation — rare except in oil states such as Saudi Arabia — which kept fossil fuels at about the same level in the global energy mix as in the first half of 2021.

In the first half of this year, widespread resort to wind, solar, batteries and hydro saved the world $40 billion in fuel costs and avoided 450 megatons of carbon dioxide emissions. Without these green sources of electricity generation, fossil fuel use would have risen by 4%, with all the environmental and climate damage that increase would have implied.