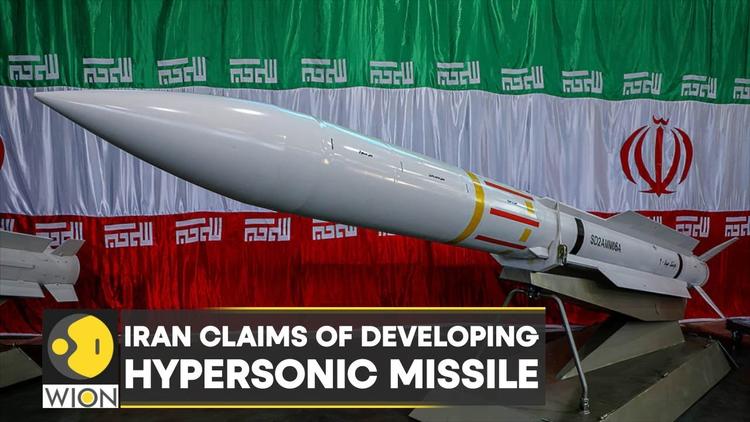 ( Middle East Monitor ) – The Ukraine war has cast a shadow over the arms race in the Middle East and ignited it. The Iranian weapons supplies to Russia, the Turkish and Israeli weapons to Ukraine, and Germany’s request from Israel to provide it with a system of Arrow-3 strategic missiles, show the beginning of a shift in the balance of military industries and the arms trade market in favour of non-Arab countries in the Middle East. The Ukraine war has provided a large and expansive opportunity on the ground to test the efficiency of new weapons, the most important of which are drones and missile defence systems.

However, the most important recent development, which could cause a shift in the balance of regional military power, is represented by Iran’s announcement of its success in developing and manufacturing a hypersonic missile. If true, it puts Iran on a higher level than Israel, which is still in the phase of developing prototypes of this type of missile as part of the strategic cooperation program with the US Missile Defence Agency. The Iranian military official’s statement did not mention actually testing the missile, but if Iran really did manufacture and successfully launch its hypersonic missile, it would become the third country in the world, after China and Russia, to do so.

The process of developing, testing and producing hypersonic missiles encounters enormous industrial and technological challenges, the least of which is the success in manufacturing a heat-resistant material for the manufacture of the missile body, that can break the limits of the speed of sound without burning and melting. There are dozens of other details that pose challenges in the design and testing of hypersonic missiles, which other countries have not been able to solve, so far, including Israel and the US. The Commander of the Aerospace Force of the Islamic Revolutionary Guard, Amir Ali Hajizadeh, said on 10 November that the new missile can penetrate all known air defence systems, and it is unlikely for systems to intercept and destroy these missiles to be developed yet.

Hypersonic missiles are long-range missiles that fly at a speed exceeding five times the speed of sound. They can hit and penetrate advanced air defence systems, and they can manoeuvre efficiently inside and outside the Earth’s atmosphere. They are distinguished by the fact that they do not fly in a straight line and have the ability to change direction until they hit the target, a feature that makes it difficult for the existing air defence systems to monitor, track, intercept and destroy them. The Aerospace Force Commander said that the production was carried out using local technology. He stressed that the production of hypersonic missiles is a major leap for Iran in developing a new generation of missiles. This announcement came only five days after Iran announced its success in launching a missile capable of carrying and propelling satellites into outer space.

On 5 November, Iran announced that it had successfully tested a suborbital launch of a satellite launcher named Ghaem-100 that could launch satellites into space, each weighing 80 kg, and can orbit about 500 km above the Earth’s surface. The US described this development as “a factor of instability”, because this mobile launch platform can be used to launch nuclear weapons. The Commander of the Air Defence Force in the army, Brigadier General Ali Reza Sabahi, said that Iran can monitor movements in the military bases of hostile countries using radars with a range of thousands of kilometres. Iran had also unveiled a new Bavar-373 air defence system, which it said could monitor 100 targets simultaneously, track 60 targets and engage 6 targets. Iran says that the new version of the system, which was developed with local technology, is superior to the Russian S-400 system.

A threat to Saudi Arabia

Although the development of the Iranian missile program can establish a kind of strategic balance of deterrence with Israel, especially with the possession of the technology to manufacture nuclear weapons, even without commencing its production, it also poses a threat to Saudi Arabia, which goes beyond mere concern about the possibility of Iran acquiring a nuclear weapon. This is because, with these missiles, Iran can reach its enemy and strike it. The political leadership in Tehran firmly believes in the impossibility of establishing an equation for regional security in the region, without Iran playing a pivotal role in it. Iranian President, Ebrahim Raisi, told the participants in the 18th assembly of the Organisation of Asia-Pacific News Agencies (OANA) on 25 October, “Despite all sanctions and threats, we are stronger than ever and we are in a position of power.” He stressed that the unipolar phase in the international system has ended, and that a new chapter in world history begins, with the emergence of new global powers, and that the power of the US in the region is declining.

The production of advanced new weapons, some of them inexpensively, such as drones, and some of them more costly, such as ballistic missiles, has become a new feature of the development of military power in the Middle East. This development has reached an extent that has made the region one of the most important supply channels for weapons in the Russian-Ukrainian war, as Iran is providing Russia with various types of combat and Shahed drones, and Turkiye is doing the same with Ukraine. Following behind them is Israel, which is currently negotiating with both the US and Germany to obtain American approval to provide Germany with the Arrow-3 missile system to strengthen its air defences, and allow the release of part of its stocks of weapons and ammunition to send to Ukraine. Washington requires that some components of the missile batteries be manufactured in the US, but the negotiations have not yet reached a conclusion.

The Arrow-3 missile system is the result of joint cooperation between the Israel Aerospace Industries (IAI) and the US Missile Defence Agency’s (MDA). It is characterised by its ability to detect, track and intercept hostile ballistic missiles at an altitude of up to 100 km and a range of 2,400 km. The big advantage that Turkiye and Iran have benefited from in supplying both sides of the Ukrainian war with weapons, especially drones, is that they can make modifications to them to increase their tactical capabilities and eliminate the weaknesses that are discovered during military operations, leading to the development of a new generation of them. We can easily monitor this in the case of Turkiye which, in recent months, has made great progress in manufacturing drones, developing their combat missions and manufacturing advanced engines locally.

Turkish Aerospace Industries Inc announced that it is currently working on designing a model of a drone that approaches the speed of sound (0.7 Mach) and will either call it Goksungur (coming from the Turkish word “Gok” meaning “sky”) or Simsek (the Turkish word for “thunder”). It expects to launch its first flight next February. This model will specialise in photography, reconnaissance and combat support operations. Moreover, the company that produces Bayraktar drones has also succeeded in developing a new version of the attack aircraft, the TB-3, which is designed to take off from short runways, or from the deck of watercraft. The Anadolu warship was also designed to be suitable for carrying and operating drones. Anadolu will serve as a drone carrier, which increases the flexibility of using these aircraft in different operations. The new Turkish ship can carry between 30 and 50 TB-3 drones with foldable wings.

The new arms race is characterised by using unmanned military equipment and systems, or remote-controlled weapons, with little reliance on human power, to replace heavy, high-cost, low-tech equipment and systems that are managed by humans. This trend means that conventional military purchases will diminish in strategic value, over time, and become mere quantitative additions that are expensive and have little return. The same conclusion applies to investing in traditional military industries. After the Ukraine war, the future of tactical wars is heading towards increased reliance on drones, instead of heavy fighter or bomber aircraft, and on small light drone carriers, instead of large, heavy aircraft carriers. There will also be more reliance on thermal weapons (lasers and electromagnetic and electrochemical waves).