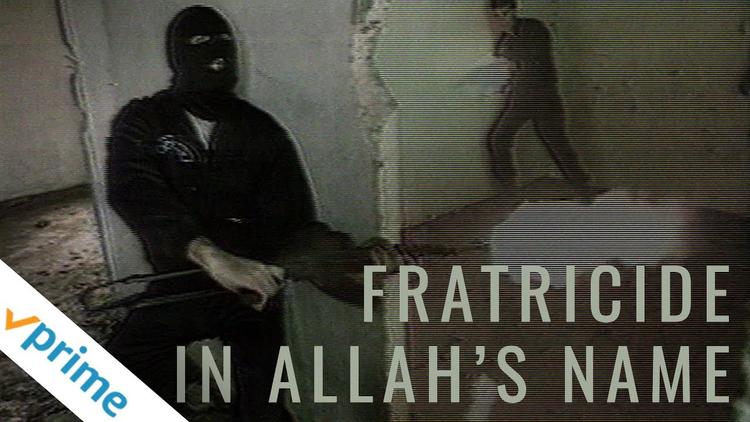 Ann Arbor (Informed Comment) – Donald Trump’s attempted coup on Jan. 6, for which he has now been referred to the Department of Justice on sedition and other charges by the January 6 Committee of the House, evoked in me a powerful feeling of déjà vu. It reminded me of Algeria 1991.

Algeria had been ruled by France from 1830 until 1962, when it became an independent country after a deadly decade of guerrilla war and popular mobilization. Like many postcolonial countries, Algeria jumped from the frying pan of a racist, colonial regime into the fire of a post-colonial one-party state. The leaders of the National Front for Liberation (French acronym FNL), having organized the revolution of 1962, settled into ruling the country for decades.

By the late 1980s, however, the military officers and state oil company managers and other FLN cadres came to see a downside in one-party rule. The people knew exactly whom to blame for everything that went wrong. Moreover, Algeria’s oil wealth had created a wealthy class connected to the FLN that was able to afford the latest French fashions and flaunted its new riches.

In 1986 the bottom fell out of the world oil market, with the price hitting less than $10 a barrel. The government suddenly couldn’t afford to perform all the services for people that it had previously. A stark cultural divide grew up between the urban wealthy, who spoke French fluently and were comfortable with European styles of life, and the Arabic speakers of the hardscrabble villages, who resented the newly rich elite and its Westernized ways while they could barely make ends meet, and who thought that stricter Islamic ways would help solve the country’s problems.

To share the political pain around more, the FLN decided to hold free municipal elections in 1990, which were won in about half of constituencies by the Islamic Salvation Front (French acronym FIS). Despite this strong signal of popular discontent, President Chadli Bendjedid forged on with parliamentary elections late in 1991.

The first round, for the lower house, proved to be a political earthquake. The ruling FLN only got 15 seats. A supermajority looked likely to be gained by the Islamic Salvation Front. About half the races went to a run-off, but the writing was on the wall.

The Algerian officer corps, the majority of whom had a background as secular leftists, put their feet down and cancelled the run-off elections to be held in January 1992. One problem the country’s elite worried about was that the Algerian constitution allowed a super-majority of parliament to amend it. A triumphant Islamic Salvation Front could just have turned the country into an Islamic Republic like Iran with a simple up and down vote. The more secular-minded officer corps and the country’s economic elite decided they could not permit that outcome.

The officers forced President Bendjedid to step down, since this whole elections idea had been his. They created a commission to run the country, and brought in a political exile, Mohammed Bou Diaf, to run it, but he was promptly assassinated. They then turned to Ali Kafi. Algeria cut off relations with Sudan and Iran, which its leaders accused of meddling to help FIS.

In February 1992 the officers dissolved the Islamic Salvation Front and banned it as a party.

As a result of the officers’ reversal of the 1991 election, Algeria was thrown into a bloody civil war, some of which took the form of urban versus rural, though of course it was more complex than that. Militant Muslims, radicalized by the coup, began attacking unveiled women. A branch of al-Qaeda became established and active– the Armed Islamic Front. There were assassinations and counter-assassinations. The government flew attack helicopters at night against villages and city quarters known as Muslim fundamentalist strongholds, committing one massacre after another, with dozens or even hundreds mown down in each one. Prominent anti-clerical secularist figures were assassinated.

By the time the civil war wound down about 2002, something on the order of 150,000 people had been killed. Algeria’s politics has been fragile —that is, authoritarian and sullen — ever since.

So that is what can happen in a highly polarized society when the results of an election are arbitrarily cancelled. That is the sort of chaos into which Trump could have thrown us on January 6 if his minions really had hanged Mike Pence and other politicians, and if the US officer corps had remained neutral or backed Trump — as many seemed to have done in refusing to intervene against the Capitol insurrectionists. We know that many local police forces in the U.S. are infested with Trumpists, and that they could not be counted on to resist such a coup.

While the U.S. Right glories in its gun ownership, and the gun nuts were out in force on Jan. 6, it should be remembered that anyone can go to a Walmart and buy an assault rifle and that semi-automatic weapons don’t require marksmanship or long familiarity to be deadly. With 300 million guns, the U.S. is a powder keg that could blow sky-high if a truly polarizing event like a political coup were attempted.

This danger to the Republic is one reason that Trump must be prosecuted, since it is clear that if he won the presidency again, it might be the last presidential election in the United States. At the same time, the irresponsible insurrectionists in the Republican Congress must be punished, as well. They have no idea what a tiger they are riding, and are made over-confident by the backing of the super-wealthy. In history, the super-wealthy haven’t actually been much help in a fight. They tend to run away to other countries with their bank accounts. Or the people rise up and expropriate them. So I wouldn’t count on them carrying the day for the Jim Jordans and Scott Perrys.

The United States has been a relatively stable country since the end of our Civil War. But it isn’t inherently stable. It is made stable by political compromises and by the people’s faith in the integrity of the system. Destroy those two things, and Americans would be no different from the Algerians of the 1990s.