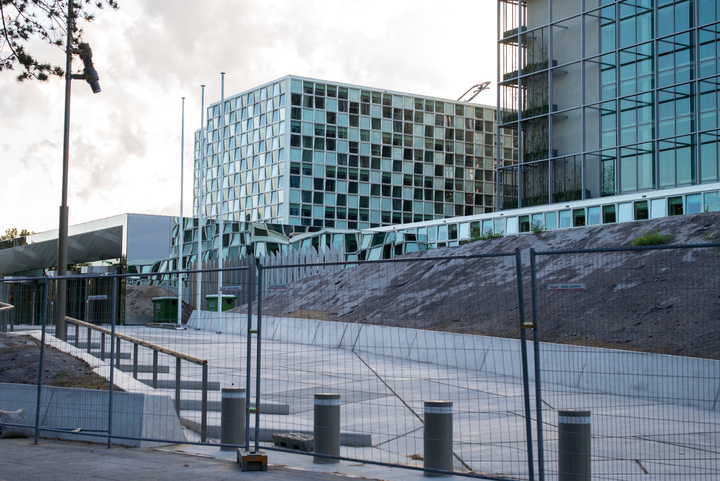 Last February, the International Criminal Court (ICC) said it has jurisdiction over Gaza, Occupied Palestinian West Bank and East Jerusalem. The office of the Prosecutor, the announcement said, the “Government of Palestine” has accepted the Rome Statute, which established the Court over two decades earlier. This means the Government of Palestine is now an ICC member accepting, in principle, its jurisdiction.

This important development came seven years after the Palestinian Authority first asked the Court to investigate crimes “in the Occupied Palestinian Territory, including East Jerusalem, since 13 June, 2014″. In comparison, it took only six days for the same Court to start investigating Russia for the alleged crimes committed during the invasion of Ukraine. The comparison here begs the question:  “How far is the ICC prepared to go, and how long will it take to produce any results on Palestine?”

Honestly and pragmatically very little is expected from any investigation and it is likely the ICC will face pressure to shelve any criminal indictments against any Israeli military and political officials. It is almost certain that any investigation into any specific Israeli brutality in Palestine, like the last war on Gaza in 2014, will lead to top Israeli officials as it follows the chain of command.

Since Israel and its protector, the United States, are not members of the ICC and both refuse to accept or even recognise its jurisdiction, any investigation – let alone indictment – will not be easy. Israel has a long track record of flouting and breaking international law, and doing it again is no problem.

Photo by Roman Boed via PxHere

The Palestinians, as the underdogs, know this fact only too well, yet they have resisted all pressures and threats from Israel and the US not to press ahead with their application to join the ICC. And, despite the obstacles and delays, the very idea that the ICC will investigate Israel is really a big victory for Palestinians and their supporters.

This is the first time in the last seven decades Israel finds itself, legally, morally and politically cornered. Since its creation, as an independent State in 1948, Israel has never been forced to respond, let alone pay the price for its apartheid practices and daily killing of Palestinians.

This explains the Israeli fury at every level and the pressure and threats applied by its financier, the US, on the Palestinian side to forget about the ICC. As recently as last month, the outgoing Israeli Prime Minister, Yair Lapid, said that Israel “will not allow investigations by foreign parties” into the conduct of its army and security forces accused of committing war crimes and crimes against humanity. Furious Israel has already rebuffed its American ally when Washington announced that its Justice Department has opened investigations into the murder of Palestinian-American journalist, Shireen Abu Akleh, last May. Israel’s Defence Minister described the decision as “a grave mistake”.  Last September, four months after Shireen’s murder, the Israeli Army admitted that one of its soldiers fired the fatal bullet. Just yesterday, Al-Jazeera network, Abu Akleh’s employer, submitted a dossier asking the ICC to investigate the murder.

Any ICC investigation is likely to include the ever expanding Israeli so called “settlements” which are spiralling to become outpost colonies intended to steal more Palestinian land, eventually annexing and incorporating it into Israel. All settlements are illegal under international law and Israel knows this, but continues to build more every year.

If Israel is rescued from the ICC, which is difficult but not impossible, it will be harder for Tel Aviv to escape the International Court of Justice (ICJ), or World Court, as it is known. In another legal and political blow to Israel and, with the support of the majority of UN member States, Palestine has scored another important victory on the international legal arena. 98 countries supported the UN’s General Assembly’s Decolonisation Committee, also known as Fourth Committee, resolution asking the ICJ to weigh in on the issue of Occupation. Only 17 States voted against the Resolution when it landed in the Assembly. That Resolution, passed on 10 November, asks the World Court if the continued Israeli Occupation of the West Bank and East Jerusalem is effectively, annexation, given its long nature, rather than temporary Occupation. It would be scandalous if the ICJ says otherwise.

Indeed, the ICJ is powerless when it comes to enforcing its decisions, just like the ICC. Regardless of what the World Court will decide, and when, the idea of asking its opinion ultimately throws a spotlight on the entire Israeli Occupation from a legal point of view. Not only that, but any judgement is likely to touch on Occupation-related issues, such as the inhumane treatment the Palestinians endure at the hands of the Israeli army, land confiscations and home demolition practices. Israel will certainly reject and condemn any ICJ decision, as it has already done so before. The Court, in 2014 judgement, found the Israeli Wall, built on Palestinian land, and all its “associated regime create a ‘fait accompli’ on the ground that could well become permanent”, i.e. illegal!

Any decision by the ICC and the World Court might have little benefits for the Palestinians; nonetheless, winning the legal and PR battle against Israel is very important. Such decisions also exposes Israel’s decades-old lie that its army, reinforcing the Occupation, is operating to the highest professional standards, while the reality is the exact opposite.

The entire Israeli army and security forces have, over the years, violated every international law and norm, including the Geneva Convention dealing with the protection of persons under Occupation. It has never respected any UN Security Council resolution and usually does not abide by its obligations as an occupying power to respect human rights, preserve the topography and demographics of the land under its Occupation. Even changing street names is a violation of those obligations.

While the crimes committed by Israel, its soldiers and army of settlers are proven beyond any reasonable doubt, having international legal organisations such as the ICJ and ICC pronounce it has the effect of focusing the international legal community on the matter, after decades of neglect.

Also, to focus public opinion on Palestine, Algeria is leading new efforts to have Palestine become a full UN member as decided by the Arab summit held in Algiers last month. Palestine is a non-voting UN member now.

Neither the ICJ nor the ICC is expected to hold Israel accountable any time soon. However, the Palestinian struggle is a long and painful incremental process, where every little step counts in an unjust world. Raising legal questions about the legitimacy of Israel’s Occupation is overdue, and now is the time for the world to ask such questions.