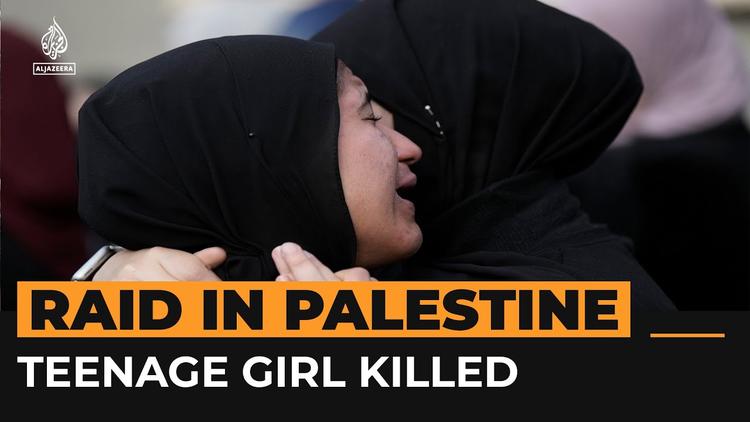 Ann Arbor (Informed Comment) – The UN Officer of the High Commissioner on Human Rights has issued a press release detailing the views of its experts on the Israeli treatment of the Palestinians during the past year, which they say has seen the worst death rate among the Occupied population since the organization began systematically tracking fatalities in 2005.

Palestinian violence was responsible for the deaths of four security personnel, one guard for a squatter settlement, and five squatters on stolen Palestinian land.

“We remind Israel that pending the dismantlement of its unlawful occupation, Palestinians in the occupied Palestinian territory must be treated as protected persons, not enemies or terrorists.”

Quite the opposite — they pointed out that Israeli officials have the responsibility under international law to attend to the security and welfare of the Occupied population.

Fanatical Israeli squatters who have built on land owned by Palestinian families and walk around armed are a particular concern for the UN human rights experts. They say that:

“Armed and masked Israeli settlers are attacking Palestinians in their homes, attacking children on their way to school, destroying property and burning olive groves, and terrorising entire communities with complete impunity.”

Worse, there are credible reports of Israeli troops actually helping the squatters commit mayhem on Palestinians. The experts observed, “Disturbing evidence of Israeli forces frequently facilitating, supporting and participating in settler attacks, makes it difficult to discern between Israeli settler and State violence.” They added, “The impunity of one is reinforced by the impunity of the other.”

Each year has seen more Israeli squatter attacks than the year before since 2016. Ironically, it was in 2016 that the UN Security Council had passed a resolution demanding an end to such Israeli squatting.

There is something horribly wrong with Israeli military rules of engagement, which are producing this high death toll among the Palestinians. The experts point out that Occupation troops can only deploy firearms against persons from the Occupied population when the latter pose an imminent threat to life. That is, you can’t just shoot down unarmed people, and you can’t shoot someone in the head who has been taken down and immobilized, regardless of what he had been doing up to that point. The experts warn that these cavalier approaches to taking human life “may amount to extrajudicial execution – a violation of the right to life – and wilful killing prohibited under the Fourth Geneva Convention and Rome Statute.”

Ultimately, the experts say, it is the Israeli determination to colonize the Palestinian West Bank that is driving this drumbeat of violence against the indigenous population:

“Illegal settlement poses a corrosive threat to Israeli society as a whole, and unless Israeli forces abandon this dominant settler mindset and rightfully treat Palestinians in the occupied territory as protected persons, Israel’s deplorable record in the occupied West Bank will likely deteriorate further in 2023. No peaceful settlement can be pursued under Israel’s repressive occupation: a reality that should be a wake-up call for all decision-makers.”

Their expectation that the lives of Palestinians are about to get harder, though they did not say so, is justified by the formation of the most far right wing, extremist government in the country’s history, with cabinet members who are themselves illegal squatters on stolen Palestinian land and who champion more such theft.

Ms. Albanese has a law degree from the University of Pisa and a Master of Law in Human Rights from London University’s SOAS. She is finishing a Ph.D. in International Refugee Law at Amsterdam University’s Law School. An Affiliate Scholar at the Institute for the Study of International Migration at Georgetown University, Albanese is the author of Palestinian Refugees in International Law (Oxford U.P., 2020). Her highly knowledgeable critique of Israeli Occupation policies toward the Palestinians has led to a smear campaign against her, predictably and pitifully attempting to depict her concern for the rights of Palestinians as a form of bigotry toward Jews.